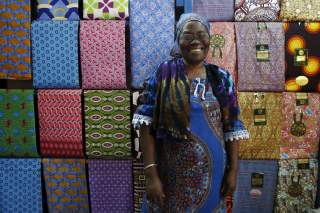 Africa is about to implement the largest free-trade agreement since the founding of the World Trade Organization in 1995. This latest move could create an African single market that would be the fifth-largest economy in the world. Last month, African leaders met at the 32nd African Union (AU) summit to discuss the progress of the African Continental Free Trade Area (AfCFTA).  Plans for a united African single market have been around for years, but now just one more country needs to ratify the agreement before a continent-wide free-trade area becomes a reality. That’s good news.

By boosting trade both within and outside of the continent, the AfCFTA would fundamentally revolutionize African commerce and has the potential to add billions to Africa’s economy. This would uplift millions of the world’s poorest people.

Rwandan President Paul Kagame first introduced the AfCFTA on March 21, 2018. Since its introduction, fifty-two of the fifty-five AU members have signed the agreement. The AfCFTA needs to be ratified by twenty-two nations for it to be implemented. Thus far, twenty-one countries have done so. In the last week, two nations have ratified the agreement and it’s expected that the twenty-two nation threshold will be reached in the coming days.

Once implemented, the agreement will immediately remove tariffs on 90 percent of goods traded between member-states. The remaining 10 percent of tariffs on “sensitive goods” will be phased out over time. More intra-African trade will boost economic development because being able to trade freely with one’s neighbors is vital for financial growth.

According to the Brookings Institution, in Europe and Asia, intra-regional trade accounts for 69 percent and 59 percent of total exports respectively. But in Africa, just 18 percent of total exports were traded within the continent. The United Nations Economic Commission on Africa estimates that under the AfCFTA, intra-African trade could increase by 52.3 percent by 2022. Moreover, it could double again after the final 10 percent of tariffs are removed.

The AfCFTA, too, could act as a means of boosting the continent’s trade with the rest of the world.

The full implementation of the AfCFTA would also unite fifty-five African nations into a single market of 1.2 billion consumers with a total GDP of more than $3 trillion—thrusting Africa into the limelight as a major player in the global economy.

A united African market would also be much simpler to trade with. Since outside nations would need to create only one set of trade deals with the AfCFTA, rather than fifty-five separate deals with individual African economies, more trade negotiations would likely take place.

Critics argue that a united Africa could become a protectionist trading bloc, isolating the region from the global market as high tariffs may be placed on goods coming in and out of the continent.

But Paul Kagame, the 2018 African Union president who introduced the AfCFTA, describes himself as an avid free-trader and a disciple of Lee Kuan Yew, the first leader of the independent global free-trading nation of Singapore. In crafting the AfCFTA, Kagame followed Yew’s free-trading philosophy and, like Yew with Singapore, it is probable Kagame wants the single market to trade with the wider world.

More ratifications are expected in the coming weeks, and the continent’s second-largest economy, South Africa, has begun the process to ratify the plans. However, not all African nations are eager to proceed with the agreement. Eritrea and Tanzania have yet to even sign the AfCFTA, and will likely not join the area for many years, if at all. Similarly, Africa’s largest economy, Nigeria also remains reluctant to implement the agreement after successful lobbying attempts by the nation’s largest labor union.

When the twenty-two-member threshold is reached and more nations join the free-trading area, the future of African trade both within and outside of the continent is bright. The economic growth that typically follows the removal of trade barriers has the potential to positively impact the lives of millions of the world’s poorest Africans. As Dr. Marian L. Tupy of the Cato Institute quite simply put it: Free trade can help Africa’s economy grow. So, let’s have more of it.

Alexander C. R. Hammond is a Senior Fellow at African Liberty. He is also a researcher at a Washington D.C. think tank and a Young Voices contributor. Hammond writes about economic freedom, African development and global well-being. To keep up with his latest work follow him on Twitter @AlexanderHammo.​