How America’s Banks Are Exploiting the Coronavirus Crisis 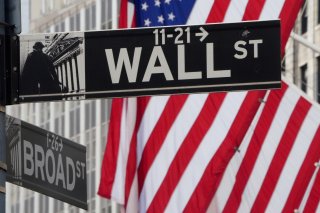 When Congress originally passed the Paycheck Protection Program (PPP) in March, it sought to protect millions of jobs by extending loans to small businesses. The very nature of these businesses means that, unlike major corporations, they possess the least ability to retain their employees without assistance during a financial crisis. But many of the nation’s leading banks that agreed voluntarily to perform the role of submitting the tens of thousands of applications to the Small Business Administration appear to be failing their responsibility to do it in a transparent fashion.

Instead, the outcome is distressingly reminiscent of the 2008 bailout: nearly 80 percent of the nation’s 30 million small businesses found themselves empty-handed despite applying for PPP loans, while an elite group of deep-pocketed hotel groups, national restaurant chains, and big-name universities got priority treatment in walking away with most of the PPP money before the little guys got their turn in line. AutoNation, for example, obtained almost $80 million even though the company is itself worth billions. Meanwhile, small businesses—the ones that were actually supposed to benefit from the program—were frozen out with little idea of their status in the application process. Meanwhile, the balance sheets of the banks have been fattened with hundreds of millions in federal money.

In the interest of getting money quickly into the hands of distressed small businesses, the PPP law had tasked private banks with processing loan applications, rather than relying directly on a Small Business Administration that was too inexperienced and understaffed to manage it. But the law put too few safeguards in place to ensure that the public interest prevailed over the self-interested pecuniary interests of such banking giants as JP Morgan Chase, Bank of America, and Wells Fargo. What was supposed to be a first-come, first-served process became priority seating at the loan table for the banks’ most valued customers. Federal money, in other words, was employed by the banks to enrich themselves and their big clients rather than serve the public interest by assisting small businesses.

Now that Congress has replenished the paycheck protection program with more than $300 billion in additional money, the banks have a second chance to prove they can act in the public interest to support America’s genuine small businesses. The banks are publicly declaring that they will do a better job this time. But are they?

Wells Fargo has indicated that it is moving quickly on loan applications and has directed thousands of employees to process them. JP Morgan Chase and Bank of America are making similar assurances. But this isn’t enough. The nation’s banks must also provide far greater transparency about how loan applications are being processed, and much more open communication with loan applicants about where they stand in the line for loan decisions. Small businesses are not being apprised of the sequence in which their loan applications are being transmitted to the Small Business Administration. If the banks don’t provide it, a flood of criticism, led by the media and Congress, will likely result. In particular, Wells Fargo, the nation’s third-largest bank, has a recent history of fraud—the Consumer Financial Protection Bureau hit it with a $185 million fine for creating credit cards and accounts that its clients never requested—that imposes upon it an obligation to act openly. Surely, recently-appointed Wells Fargo CEO Charles W. Scharf does not want his bank to become embroiled in a fresh controversy.

Indeed, both the Trump administration and Congress should be pressuring the banks. Lawmakers themselves, as Politico reports, are coming under increased scrutiny: “The sprawling CARES Act, and its similarly rushed companion bills, has fueled rising angst for lawmakers. They’ve been bombarded with complaints about breakdowns in the small business lending program, loopholes that have allowed large companies to snatch cash meant for smaller operations and administrative failures that have delayed stimulus checks to struggling American households.”

What’s more, President Donald Trump’s own political future partly hinges on this key initiative which can help to resuscitate the economy, while Congress has an obligation to investigate if the banks continue to engage in dubious, if not unethical, practices. A failure to perform should ensure that the banks and their management are held accountable to both congressional and criminal investigations. The banks are entitled to a presumption of innocence but not to impunity at a moment when tens of thousands of Americans have just died and the country is engaged in a moral equivalent of war. It’s time to shine a high beam on the banks to ensure that small businesses are being treated fairly—and that financial titans aren’t once again pocketing other people’s money.