How America Can Cut Off Iran's Poisonous Tentacles 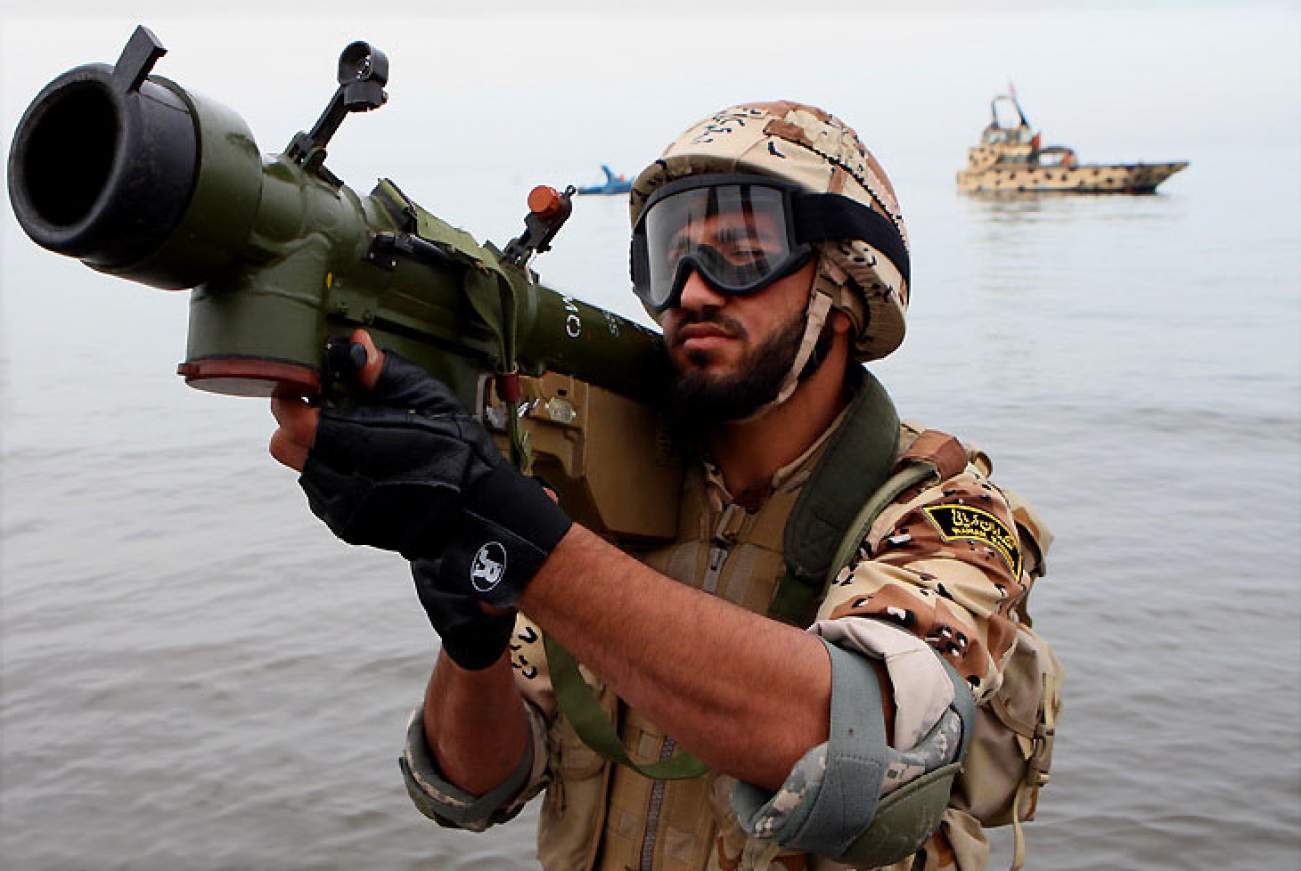 I join Michèle Flournoy, Hillary Clinton’s would-be secretary of defense, who praised the nomination of Gen. James Mattis as secretary of defense. He seems to understand the Middle East, which is the second major threat to U.S. security (second to North Korea). He realizes the merit of confronting Iran directly, rather than contending separately with each of its poisonous tentacles in Iraq, Syria, Lebanon and Yemen. The merit of this realization stands out when one compares it to the alternatives: abandoning the Middle East gradually by allowing Iran, Russia and their allies to take over; or engaging in a handful of proxy wars with Iran.

Those who hold that the United States has little reason to remain engaged in the Middle East (now that it no longer relies on oil from this region) should note that when observers refer to Shia and Sunni in the region, they sound as if they are talking about two more or less equal camps. Actually, the Shia in the region are much more aggressive and powerful than the Sunnis. Moreover, the Shia are more united than the Sunnis. Thus, on the Shia side are the government of Iraq, Bashar al-Assad’s regime, Hezbollah (a major army and a fierce force), and the rebels in Yemen. Russia and Iran are pouring billions into supporting these forces as well as sending troops and weapons.

On the Sunni side is Saudi Arabia, whose military is weak and very reluctant to fight on the ground; teetering Jordan; Egypt, which is in economic shambles; and Abdu Rabbu Mansour Hadi’s feckless forces in Yemen. Hence, if America withdraws, the Shia—who also are a restive minority in Saudi Arabia and a majority in Bahrain—led by Iran, are very likely to dominate the region. Such a Shia-dominated Middle East is going to be—and, in effect, already is—a major breeding ground for transnational terrorism that is spreading into Europe and is threatening the U.S. homeland.

Moreover, whenever one talks to leaders of Japan, South Korea and other nations in Asia, one finds that they are watching the Middle East to determine how reliable the United States is as an ally. If Washington abandons the Middle East—as Saudi Arabia, Israel and the Kurds fear—its allies in Asia may well follow the Philippines and seek a middle ground between the superpowers, or even tilt toward China and Russia. That is, America’s role as global leader will be over. Neo-isolationists may favor such a retreat. However, they should be open about the implications for U.S. security, even if they do not care about America’s long-standing allies, its role as a supporter of liberal-democratic regimes and global common goods, such as freedom of navigation.

The second option is to seek to cut off each of Iran’s tentacles, in effect, by increasing U.S. interventions in Iraq, Syria and, indirectly, in Yemen—though nobody seems to know how to counter Iran’s debilitating effects in Lebanon. However, each of these confrontations faces serious difficulties.

In Iraq, the United States has been trying for years to convince the Shia-dominated government to become much more inclusive, allowing Sunni representatives a meaningful role in the government. Otherwise, Washington insists, the Sunnis will continue to support ISIS or other such groups. For the same reason, the United States is deeply concerned about the Shia military, which is trained, guided and partially armed by Iran. However, the Iraqi government has been moving in the opposite direction as Iran’s influence in Baghdad is growing. It has used American-trained and -equipped police and army units as death squads to kill Sunnis. It continues to exclude Sunnis from an effective role in the government. And it most recently moved to officially recognize the Shia militia as a government entity alongside the military. The United States clearly has not found a way to get the Iraqi government to follow the course it sees as essential for stabilizing the regime and countering Iran’s growing influence.

The situation in Syria is complex. Now that Russia has added an air force base to its naval base and invested heavily in supporting its last ally in the Middle East, it is likely to play a key role in Syria. In the process, Russia started to coordinate its activities with Iran, even using its air bases for its bombing missions in Syria. Moreover, Iran is not only a major source of financial and logistical support to Assad’s regime, but also sends some of its troops to fight the rebels. The United States’ policy in Syria so far has been to minimize the U.S. role. It surely has found no way to limit Iran’s role in that country.

In Yemen, the Saudi campaign against the Houthi, allied with Iran (a campaign the United States is supporting), is flailing. Despite numerous bombing missions, and a great number of civilian casualties, little progress has been made. It seems that the best the United States could achieve here is some kind of draw, a settlement that would divide Yemen between the Houthi and government forces—i.e., a clear, though partial, victory for Iran.

Lebanon is, in effect, dominated by Hezbollah, which has a very powerful military, armed with 140,000 missiles and considerable combat experience, acquired in part in Syria. It plays a key role in Syria and threatens Israel. It gained much of its financial support and military supply from Iran. No serious American observer has come up with any suggestions for how the United States may curtail Iran’s role in Lebanon and restore its democracy.

If the United States is to avoid abandoning the Middle East, dealing with Iran’s various tentacles one at a time seems very unlikely to succeed. Piling on more sanctions faces challenges, given that these have limited effect unless other nations join in, which they seem very unlikely to do. In contrast, Iran has shown itself to be, wisely, very reluctant to face the U.S. military. When in 2003, the Bush administration listed Iran as one of the members of the “Axis of Evil,” and Vice President Cheney was openly talking about using force to prevent Iran from gaining nuclear weapons and dominating the region, Tehran sought to find ways to accommodate the United States. When then the United States dispensed with Saddam’s forces easily in a few weeks—which Iran was unable to do in eight years of war—Tehran became quite desperate. It offered the United States, via intermediaries, to put everything on the table, i.e., even its nuclear program, in exchange for a non-aggression treaty. The Bush administration refused because it sought regime change. Iran, nevertheless, put its nuclear program on halt, and relaunched it only after the United States proved to be weaker when it was unable to handle the insurrection in Iraq as of mid-2005. The hypothesis that Iran is willing to retract its tentacles and offer further nuclear-deal concessions could be easily tested if the United States were to assemble a military force in the region—and responded appropriately next time the Islamic Revolutionary Guard Corps harasses the U.S. Navy.

Compelling Iran to focus on domestic development and refrain from using armed force to interfere in the internal affairs of other nations would also serve to restore U.S. credibility as a global power, a credibility much weakened over the last eight years. I am not arguing that one should confront Iran in order to build credibility; I am pointing out that if it is made to stick to its own knitting, such a move would have the added bonus of rebuilding the United States’ reputation.

A common response to policies of the kind I have outlined is that the American people will not stand for another ground war in the Greater Middle East, given the failure of U.S. intervention in Afghanistan and Iraq. This observation disregarded that the United States won the war in both nations quickly, at low casualties and low costs. It failed in both nations because it sought not merely to defeat the opposing forces but to engage in nation building. The same holds for Iran. It can be made to stay out of other nations’ affairs and give up on its nuclear program. However, changes in the regime will have to come from the inside and cannot be imposed by the West.