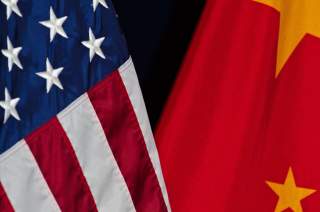 As the Trump administration assumes leadership of American foreign policy, questions prevail about how it perceives the United States’ role in the world and how it will exercise that role.  The appearance of a potentially unconventional U.S. president amidst a world in flux highlights the enormous uncertainties and the potential risks to U.S. stability and prosperity that are now confronting us.

The United States is today facing a fundamentally different world from the one it has known for many decades. In fact, the scope and magnitude of global change represents the greatest challenge since America’s emergence as a world power a century ago. Economic, technological, political and military power has dispersed globally in ways that make it impossible for the United States to pursue its interests unilaterally at acceptable costs and untenable for it to sustain indefinitely its economic and military primacy throughout the world.

Domestically, the United States confronts a range of problems and trends that further challenge its ability to adjust to this changing global environment. A highly polarized political and social environment is inhibiting efforts to rejuvenate vital foundations of the economy, and to deal with mounting national debt, growing income inequality, eroding infrastructure and spiraling entitlement costs. If allowed to continue, such U.S. political and economic difficulties will constrain Washington’s ability to compete in a multipolar world, diminish confidence in U.S. staying power among friends and allies and probably intensify downward pressure on U.S. defense spending.

Notwithstanding these challenges, the United States remains the world’s largest economy and boasts a relatively young and optimistic population, the best universities, and an outstanding capacity for scientific innovation. Even faced with constraining economic and political forces, it still retains the world’s strongest military and an extensive system of global alliances. Moreover, the United States continues to exert enormous influence through its soft power.

Given this decidedly mixed picture of unprecedented challenges despite lasting strengths, Washington cannot continue business as usual. While leveraging its many strengths more effectively, it must recognize and adjust to the emerging limits on U.S. capabilities and influence.  This will require a serious review of U.S. strategic goals and the means of pursuing them, to include:

— Matching objectives more closely with both capabilities and resources.

— Adopting a more judicious approach to the deployment and use of force, with a much keener appreciation of which issues are susceptible to military solutions and which are not.

— Nurturing and funding the full range of American foreign policy tools in addition to those in the military realm.

— Recognizing the need to work through coalitions and stable balances of power rather than relying on continued primacy.

Nowhere are these needs more clearly evident than in East Asia. As almost certainly the foremost center of global economic growth and great power rivalry in the 21st century, it presents by far the greatest long-term challenge but also the greatest opportunity for the United States. It will almost certainly remain the primary source of U.S. economic growth for decades to come. It contains some of America’s closest allies, and presents enormous opportunities for expanding collaboration with the major powers of the region on a growing array of regional and global challenges. Indeed, in contrast to the protracted problems afflicting the Middle East and Europe, East Asia could constitute an anchor of global stability and prosperity if key relationships and friction points are managed properly.

Unfortunately, many of these friction points have seen increasing tensions in recent years.

— North Korea’s nuclear and missile programs are on a path that could foment a dangerous crisis.

— Sino-Japanese ties have deteriorated, and the bonds between key U.S. allies Tokyo and Seoul are strained.

— New uncertainties have emerged in relations between Taiwan and mainland China.

— The South China Sea has become a cauldron of sovereignty disputes as China’s expansion into maritime territories also claimed by other countries has created deep anxieties across the region.

— Political winds from the Philippines, Malaysia and Thailand are testing ASEAN unity and raising questions about their commitment to cooperation with the United States.

— Russia has drawn closer to China and is determined to expand its role in the region.

Compounding these problems is the fact that, despite growing areas of cooperation, Washington’s relations with a rising China are in danger of being overshadowed by deepening levels of distrust and strategic rivalry.  Most notably, the changing power configuration in East Asia resulting from China’s growing military capabilities and economic and diplomatic influence is increasing the potential for confrontations between Beijing and Washington over contentious regional issues. It is also fueling an emerging regional arms race that taxes U.S. resources.

This negative dynamic is reinforcing doubts among our allies and other countries about the durability of the U.S. commitment to remain fully engaged in Asian affairs. Many Asian nations fear the United States no longer has the domestic discipline, political and social cohesion, resources and attention span to sustain its longstanding role as a force for stability and prosperity in the region. As a result, they view U.S. skill in managing our relationship with China as the litmus test of our reliability as a long-term partner.

Yet Asians do not want to be forced to choose between Washington and Beijing. China’s rapid economic rise has been the engine of growth in East Asia. When China behaves responsibly, its neighbors want to strengthen economic cooperation with it. When Beijing seeks to use its new military and economic muscles in a more coercive fashion, its neighbors look to the United States for support. But at the same time they deeply fear the prospect of any U.S.-China military conflict.

Thus, the key challenge for the United States in East Asia is to forge a path that reassures in both directions: to use our military presence and political influence to counter destabilizing Chinese behavior, while ensuring our allies and partners that we seek to avoid conflict and are expanding cooperation with China in areas where our interests overlap.

For this approach to succeed, the United States must set as the goal of its policy the establishment of a stable balance of power with a more influential and powerful China, rather than pursuing a vain quest to preserve our traditional absolute regional military superiority. If the United States can capture this dynamic in our policy approach to the region, the East Asian miracle will continue to have a solid footing.

Such an approach must be rooted in the reality of a complex, interdependent and essential Sino-U.S. relationship. Beijing is neither an enemy nor an ally. It is both a strong competitor and an essential collaborator in many areas.

The stakes involved in getting America’s China policy right are extremely high. China has a larger population, longer history, more foreign currency holdings and more trade than the United States or any other country. Its economy, which is in the process of surpassing America’s in overall size, is integrated into a global network that demands ever-deeper levels of multilateral coordination to function smoothly.

American consumers depend on China for an enormous range of manufactured products. China in turn is a major market for key U.S. products, from machinery to agriculture and services. It holds large amounts of American debt and has an enduring interest in a strong and vibrant U.S. economy. At the same time, China’s huge market size and industrial growth pose competitive challenges for the U.S. industrial and service sectors.

China also sends more students abroad than any other country—with an unprecedented three hundred thousand plus students in the United States alone—many of them absorbing ideas for management and technology as they gain a deeper understanding of how open market economies function.

In Asia and parts of the world beyond, China is rapidly becoming the principal trader and lender—including for key U.S. allies—and could eventually become the primary investor. A foretaste is provided by Beijing’s ambitious “one belt, one road” plan to advance the economic integration of Eurasia, with China in a central role.

In the diplomatic realm, China is gaining significant influence in world affairs. Beijing has taken an increasingly active part in existing international organizations but has also begun to develop new regional structures in which it is playing a central role, such as the Shanghai Cooperation Organization, the Boao Forum and the Asian Infrastructure Investment Bank.

China is also expanding its multilateral engagement across the globe, often presenting itself as a spokesperson for the developing world. Beijing formally adheres to most international norms but differs strongly with the United States on basic issues like the protection of human rights and individual freedoms. And it favors state control of various areas of societal behavior such as the internet.

In the security realm, for the first time in modern history, China is developing military capabilities that significantly improve its ability to defend its interests within at least the “first island chain” that extends from Japan through Taiwan and the Philippines to continental Southeast Asia. This represents a challenge to traditional U.S. air and sea superiority in the western Pacific, a status that the United States has enjoyed since the end of World War II. In particular, China’s growing military capabilities directly impact U.S. defense alliances with Japan, the Republic of Korea and the Philippines, and U.S. security commitments with respect to Taiwan.