How America Can Really Help Ukraine 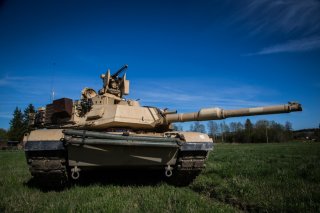 One vital feature of the emerging standoff between Russia and the West is the mismatch between means and ends. The means are economic sanctions and military aid; the end is Russia’s defeat in the war it has launched against Ukraine. Although several other possible ends have been brought into play, including regime change in Russia, the immediate objective is to deny Russia a military victory in its invasion of Ukraine. And yet the means available, catastrophic though some may prove to be, will almost certainly not accomplish the objective in view.

Amid President Joe Biden’s stirring rhetoric—that the United States stands with the Ukrainian people, that the West is united as never before, that diplomacy works—lies the unwelcome reality that Americans can’t do much at all to relieve Ukrainians’ plight.

Let us first consider the economic sanctions. Russia’s economic ties with the West are rapidly being reduced to barter, insofar as they exist at all. Biden said in his State of the Union Address that Russia had been deprived of “[Vladimir] Putin’s $630 billion war fund”—that is, Russia’s foreign exchange reserves on deposit with Western banks. The real figure is not so large, estimates varying from 40 to 60 percent, but the decision is still seismic in its effect. It basically nullifies all existing contracts between Russia and the West. It is difficult to see how such actions will not lead to a sharp curtailment of Russian gas exports to Europe, an intense drama over which is surely forthcoming. They will more generally play total havoc with the trade in grains, oil, and other commodities.

Russia’s removal from SWIFT, the interbank payments system, had previously been viewed as the ultimate sanction, for which Russia and China made extensive preparations in recent years. The “freezing” of Russia’s overseas deposits is totally different. In the arsenal of financial Armageddon, it is like a fifty-megaton H-Bomb suddenly unveiled, when the previous expectation was that the likely explosion was to be measured in kilotons. It is the financial equivalent of Secretary of Defense Donald Rumsfeld’s visceral reaction to 9/11—“go massive, sweep it all up, things related and not.”

Russia’s position in this swirling round of escalations is not fully clear, but it has the capacity to impose staggering costs in return. It has natural gas and other vital commodities that Europe desperately needs. Though crushed brutally by sanctions, it has backing from China. That energy prices are escalating precipitously and that 30 percent of the tradable market in grains has now been stopped shows a dire situation, possibly worse than the oil shocks of the 1970s.

Great though the pain is likely to be, it seems basically impossible for economic sanctions to achieve the political objectives that are set forth alongside them. They haven’t worked against poor states like North Korea, Venezuela, and Cuba; they’ve never worked to force a great power to submit to an external diktat.

There is no diplomatic path out of impending economic doom, unfortunately. For that to happen, one side or the other would have to totally change their mind. That’s very unlikely. There’s no evidence of that thus far on either side.

For all the loose talk about “changing Putin’s calculations,” the real purpose of sanctions is not to change the enemy, but to hurt the enemy. But hurting the enemy requires hurting those who impose the sanctions—with differential fallout, to be sure, but tremendous pain for everybody, including American consumers, workers, and investors. Indeed, the fallout in this case will in all likelihood most hurt many peoples not even on our radar. When the world economy suffers a cold, the global poor get pneumonia; if a fever, they die of starvation. As a result of these draconian sanctions, it seems inevitable that hundreds of millions of people are going to get priced out of the market for grains.

The second great prong of U.S. policy, military aid to Ukraine, also seems highly unlikely to accomplish its intended object. That aid, in the (logistically problematic) event it reaches the Ukrainians, would further bloody the Russians, but it seems impossible that it can effectively alter the outcome of the Russian campaign in the next few months. Russian tactics have been brought under sharp criticism, as have Russian expectations (how widespread is not known) of being greeted as liberators. Russian forces have encountered unexpected setbacks, though it seems unlikely that they expected the Ukrainians wouldn’t fight. It is impossible to know what they intend for cities if the cities are stout and refuse capitulation.

These considerations notwithstanding, it is difficult to see how Russia’s various advantages will not prove decisive militarily in the east. Ukraine, like other states at war, must fight with the army it has. NATO resupply could make a difference on a large enough scale, but such a level of involvement would constitute in fact, if not in name, a real intervention, which the United States and NATO, for the best of reasons, continue to rule out. Ukrainian president Volodymyr Zelenskyy’s demands for a NATO no-fly zone also must be seen as reflecting this pessimistic assessment.

All the pain that Russia is capable of inflicting in Ukraine stirs the deepest enmity toward Putin and Russians, so the “military victory” in eastern Ukraine that Russia is almost certain to “win” will likely have a Pyrrhic character to it, imposing a range of costs much greater than whatever benefits it brings. But this does not alter the essentials of the military balance.  The narrative on the cable networks—let’s give them aid so they can win—is almost certainly a fantasy. Unless it is prepared to go to war, the United States is not in a position to change the outcome of the war’s first months.

Faced with this likely eventuality, the immediate inclination will be to lament that the United States didn’t do certain things earlier, like sending bundles of Stingers, more Javelins, more of everything. In fact, however, there was never a time in which U.S. military aid could build a Ukrainian infantry force capable of withstanding the Russian Army. Was the United States to equip them with fifth-generation fighters, armored divisions, and the like? This was all impossible. Moreover, it is important to keep in mind that Putin’s decisive reason for going to war was that Ukraine had become an “anti-Russia.” A doubling or quadrupling of U.S. military aid in the years before the war would probably have meant war sooner rather than later.

The outstanding fact is that almost everything the United States and its allies are now doing in protest against the Russian invasion do almost nothing for the Ukrainians. Economic sanctions will hurt Russia and Russians badly, while hurting many others as well, but sanctions are very unlikely to dislodge Putin from Ukraine or overthrow him. Military aid at this point in the campaign seems totally incapable of preventing the Russian Army from achieving its military objectives. It is irrelevant to the prospects for Ukrainian Army forces now threatened by encirclement by Russian forces. Its future salience would almost certainly be in western than eastern Ukraine, where the war is mostly going on.

Supplying arms to encourage civilian resistance is something many Ukrainians appear to want, but the endgame for something like this is Chechnya or Mosul or any number of other God-forsaken places that fought to the last man, or grandmother. If there is another way forward, Western policymakers should look for it rather than having that outcome as their objective. There are instances of popular opposition to occupation that over time are successful and do not require a bloodbath to achieve their aims.

Thinking Through the Anger

Everybody is now saying that the most important thing to think about is how to hurt the Russians. I disagree. In addition to thinking about how to avoid financial calamity for the United States and the world, we need to be thinking about how to avert a humanitarian disaster for the Ukrainians. Our fervent wish should be to keep casualties at a low number rather than an obscenely high number. We have no idea how bad it can get, but it’s gotten bad in a lot of places in the past. Whether it does so here will depend in part on the outside world’s willingness to fight to the last Ukrainian. The most understandable human reaction in the world is to make vengeance the only thing that matters, but we should also consider the collateral damage. Think of all the things the United States did after 9/11 that had no other justification than to show that Americans were super angry. Sorry, that’s not a policy.

Putin has done a stupid thing. I was shocked when he did it. I thought I had caught the commentariat in a logical contradiction, because they said that Putin was going to conquer Ukraine, a colossal mistake that would mean the end of his regime. If this were so, I wrote, he’s intending to commit hari-kari, and that can’t be. Putin, I learned, thought differently and didn’t bother to tell me or the Russian people. Whether it will end in catastrophe for him is very much an open question; my previous conviction, before the war, was that there were five things wrong and twelve things stupid about attempting to conquer and digest a country the size of Ukraine, and experience thus far has done nothing to alter that view. The Russians can achieve their military objectives, but it seems impossible for them to achieve their political objectives (which is the thing that most matters in assessing the results of the war). The revolution in German opinion is beginning to shape up as a profound  geopolitical consequence. Putin was disgusted that Ukraine had become an “anti-Russia.” What if Germany becomes an anti-Russia?