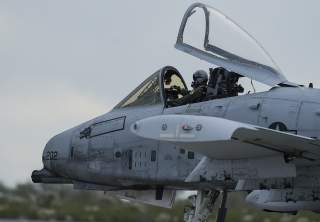 The highest priority foreign-policy objective of the United States is permanent removal of all nuclear weapons and bomb-capable materials from North Korea. The current strategy of coercive diplomacy, combining negotiation and sanctions, has failed. North Korea resolutely maintains that the development and deployment of nuclear weapons and delivery vehicles that threaten the region and, in a short time, the United States, is the only means it has to maintain its authoritarian regime and deter possible invasion from South Korean and U.S. forces.

The United States needs to change its strategy significantly if it is to have any chance to achieving its highest priority foreign-policy objective. First, it needs to convince China to join, unreservedly, the effort to rid the Korean peninsula of nuclear weapons.

China is North Korea’s economic lifeline. China is North Korea’s largest trading partner and main source of energy, food and economic and military assistance. China could impose significant pressures on North Korea to abandon its nuclear ambitions. However, China has consistently opposed harsh sanction measures against North Korea. China’s reluctance to do so is its interest in maintaining stability on the peninsula. North Korean regime change accompanied by a unified peninsula could plausibly result in a South Korean government closely aligned with the United States on the Chinese border. U.S. action such as the recent decision to deploy the Theater High Altitude Air Defense system in South Korea, ostensibly to counter North Korean offensive missile capability, provokes such Chinese concern. A violent collapse of the present North Korean regime accompanied by conflict would lead to a massive influx of North Korean refugees into China. China sees its interests as better served by the status quo than by the uncertainty accompanying actions that are designed to achieve regime change. It is a fantasy to believe that the Chinese can be induced to cooperate in stronger actions against North Korea if the United States imposes sanctions on China for its support of North Korea.

Second, if the United States and China are aligned, there is a greater chance of convincing North Korea there will be stability and political status quo on the Korean peninsula. A United States signal of its willingness to accept Chinese priority interest for stability and the political status quo could persuade China to use its considerable leverage on North Korea to get them to abandon its nuclear weapons capability. A joint Five Parties (China, Japan, Russia, South Korea and the United States) security guarantee declaration might give North Korea sufficient confidence that there would be no interference in its internal affairs and the expectation for a normalized economic future. If North Korea perceives its prime security concern of regime survival has been met, its willingness to give up nuclear weapons should follow.

This new strategy would take a significant time to implement. The initial bilateral step would be to establish an understanding between the United States and China. It will not be easy; a leadership partnership between the United States and China to address this critical international issue at a time when so many other important issues divide the two countries is genuinely challenging and invites domestic political theatrics.

The second step would be a verified freeze on North Korean nuclear and missile activities, including some sanction relief, while multilateral negotiations take place on a peace treaty to end the Korean War and arrangements to recognize and normalize relations among the relevant parties. Some parties in the Six-Party Talks, notably South Korea, will resist a strategy that accepts the North Korean regime and its human-rights violations for an indefinite time period.

In the third step, and most challenging step, a peace treaty would be concluded and diplomatic relations would be established, all nuclear weapons would be removed from North Korea and a rigorous inspection and monitoring system put in place, and all economic sanctions would be lifted, except on exports of nuclear weapons and missile technology. Two steps, not currently part of the negotiations, could further reassure North Korea. Put the North Korea stockpile of weapons and fissile material in China, under Chinese custody with international inspection. Place a thin Chinese military contingent along the thirty-eighth parallel, perhaps as part of an international peacekeeping group, to act as a trip wire to deter conflict between north and south. U.S. forces would remain in South Korea until diplomatic normalization is achieved and perhaps beyond.

A new strategy implies adjusting the objectives of an old, failed strategy, so that priority objectives are more likely to be achieved. But, the price is that some important secondary objectives must be placed aside. The important secondary objectives the United States is setting aside are replacing the North Korean authoritarian regime and addressing its human-rights violations. These are heavy retreats indeed. China has also adjusted its objectives by agreeing that security and regime guarantees, which stabilize the peninsula, justifies its support for removal of North Korea’s dangerous nuclear arsenal.

The new strategy proposed here may not be successful. But what is the choice? Staying on the current path of coercive diplomacy is drifting to conflict that promises to be bloody indeed. A military option is always on the table, but it is unrealistic to believe that a preemptive military strike against North Korean nuclear facilities or a missile-launch facility will not result in a significant—possibly nuclear—North Korean response. World leaders should welcome exploration of any agreement that might lead to resolution of this precarious crisis.

John Deutch is institute professor at Massachusetts Institute of Technology and was director of Central Intelligence and Deputy Secretary of Defense in the first Clinton administration. Gary Samore is executive director for research at Harvard Kennedy School’s Belfer Center for Science and International Affairs and was coordinator for weapons of mass destruction in the first Obama administration.