How America Can Work with Turkey without Losing Syria's Kurds 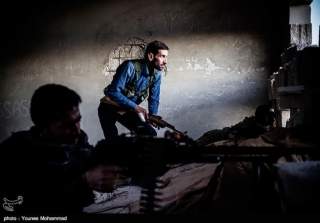 Turkey’s military has staged a ground attack in Syria, sending in tanks and troops alongside Syrian Arab rebels to push the Islamic State group (ISIS) from the border town of Jarabulus and to block further territorial gains by Kurdish forces. Turkish action to stop ISIS is welcome, but not if it comes at the expense of America’s Syrian Kurdish allies. The United States must balance its support for the Kurds with its desire to see Turkey fully engaged against ISIS. Failure to do so will jeopardize the gains made against ISIS in Syria and risk a new conflict between America’s two partners.

Certainly, given the ease with which extremists traversed Turkish territory into and out of Syria, it’s critical to have Turkey as an ally in the fight against ISIS. The question is whether Turkey will be content with carving out a limited zone of control in Syria, or whether it will use this as a pretext to try to defeat the United States’s Syrian Kurdish ally. Already, there are reports of Turkish shelling of Kurdish positions south of Jarabulus. The United States needs to make clear to Turkey that its intervention must be limited, and that respect for Syrian Kurdish interests is part of the deal.

Until now, the United States has relied on the Kurdish People’s Protection Units—the YPG—to fight against ISIS in Syria. This wasn’t America’s first choice. The preferred partner was the Free Syrian Army, a coalition of Arab forces that Turkey also supported. However, the Free Syrian Army was ineffective, riven by infighting, and at times elements within it allied with extremists. Turkey, meanwhile, was reluctant to deploy ground forces. The United States turned to the Kurds only when it had no other options.

The Kurds have proven to be a formidable ally. Since the United States first launched air strikes to stop Islamic militants from taking over the Kurdish city of Kobane two years ago, the YPG has fought ISIS relentlessly. U.S. air support, weapons drops and training have been vital to YPG successes, but it’s been the Kurds who fought and died to destroy the Islamic militants’ hold. In the process, the YPG has extended its hold over much of northern Syria, creating a Kurdish self-rule zone that stretches for some 250 miles along the border area. Turkey sees this as a threat to its own sovereignty.

The problem for Turkey is that the YPG is linked to the Kurdistan Workers’ Party, known as the PKK, a Turkish Kurdish militant group that’s been fighting since 1984 for self-rule in Turkey. The PKK is on the U.S. terrorism list, but the YPG isn’t, neatly making it possible for the United States to support the Syrian Kurdish affiliate. Turkey’s protestations have been ignored because the Syrian Kurdish militia, a staunchly secular group, has so effective against the Islamic militants. Turkey’s belated decision to send troops into Syria is partly an attempt to offset U.S. reliance on the Kurds.

U.S. vice president Joseph Biden, who was in Ankara on Wednesday, told the YPG to withdraw to the east of the Euphrates River, long a Turkish demand. This has disappointed Kurdish fighters, who are committed to defeating the jihadists. But the Kurds have few options. They can’t take more territory from ISIS without U.S. support, and they would be wise not to risk crossing the Americans in case they need military assistance to defend what they already have.

The United States can start with practical steps. The Kurdish self-administered area in Syria is under a de facto embargo from its neighbors. The United States could openly work with the local administration to plan and raise funds for reconstruction, and economic and medical support. It should also press close ally, Iraqi Kurdish leader Massoud Barzani, who has his own disputes with the YPG and its political arm, the Democratic Union Party, or PYD, to re-open the Syrian-Iraqi border crossing.

U.S. support is also needed to encourage the Kurdish administration’s respect for political dissent. Surrounded by enemies, and with no reliable political ally, they haven’t been willing to tolerate other voices. Earlier this month, the local administration summarily detained Syrian Kurdish politician Ibrahim Biro, a critic of the self-rule administration. The United States has spent a great amount of time and resources on boosting the YPG’s military prowess. It needs to pay as much attention to the political side of things.

Ultimately, of course, the only way to ensure that Turkish and Kurdish forces don’t come into conflict in Syria is to solve the root problem: the war between the PKK and the Turkish state inside Turkey. A two-year ceasefire between the two collapsed in July 2015, and fighting is fierce. Despite a massive Turkish assault last year to wrest Kurdish cities back from PKK militants and their supporters—which left urban centers devastated and hundreds dead—the PKK has shown no signs of weakening. On Friday, a PKK car bomb near the Turkish Kurdish city of Cizre killed at least eleven police and wounded nearly one hundred.

Turkey, coming out of a failed military coup attempt against President Recep Tayyip Erdogan last month, has made clear it’s not interested in settling with the PKK right now. Turkey’s position can change. The government had negotiated with imprisoned PKK leader Abdullah Ocalan for almost two years. A restart is needed.

U.S. support to the YPG is a tacit admission that the PKK is an important regional player. Ignoring the conflict in Turkey won’t contribute to stabilizing the situation in Syria. The United States must encourage Turkey to end its hostility to Kurdish nationalism and restart the peace process with the PKK. A stable Kurdish entity in Syria can be the first step.

Aliza Marcus is the author of Blood and Belief: The P.K.K. and the Kurdish Fight for Independence and recently visited Iraqi Kurdistan.

Image: “Life continues for the people of Ras al-Ayn next to the armed struggle with Al Nusrah group.” Tasnim News photo via Younes Mohammad, CC BY 4.0.