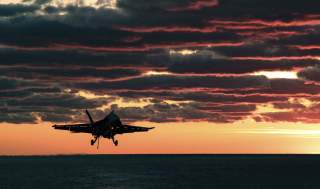 WOULD A Chinese leader barely in control of his own country after a long civil war dare attack a superpower that had crushed Japan to end World War II five years earlier by dropping atomic bombs on Hiroshima and Nagasaki? As American troops pushed North Korean forces toward the Chinese border in 1950, Gen. Douglas MacArthur could not imagine so. But Mao Zedong did. MacArthur was dumbstruck. Chinese forces rapidly beat American troops back to the line that had divided North and South Korea when the war began. That thirty-eighth parallel continues to mark the border between the two Koreas today. By the time the war ended, nearly three million had perished, including thirty-six thousand American troops.

Similarly, in 1969, Soviet leaders could not imagine that China would react to a minor border dispute by launching a preemptive strike against a power with overwhelming nuclear superiority. But that is precisely what Mao did when he started the Sino-Soviet border war. The gambit showed the world China’s doctrine of “active defense.” Mao sent an unmistakable message: China would never be intimidated, not even by adversaries that could wipe it off the map.

In the years ahead, could a collision between American and Chinese warships in the South China Sea, a drive toward national independence in Taiwan or jockeying between China and Japan over islands on which no one wants to live spark a war between China and the United States that neither wants? It may seem hard to imagine—the consequences would be so obviously disproportionate to any gains either side could hope to achieve. Even a non-nuclear war conducted mostly at sea and in the air could kill thousands of combatants on both sides. Moreover, the economic impact of such a war would be massive. A 2016 RAND study found that, after just one year, American GDP could decline by up to 10 percent and Chinese GDP by as much as 35 percent—setbacks on par with the Great Depression. And if a war did go nuclear, both nations would be utterly destroyed. Chinese and American leaders know they cannot let that happen.

Unwise or undesirable, however, does not mean impossible. Wars occur even when leaders are determined to avoid them. Events or actions of others narrow their options, forcing them to make choices that risk war rather than acquiesce to unacceptable alternatives. Athens did not want war with Sparta. Kaiser Wilhelm did not seek war with Britain. Mao initially opposed Kim Il-sung’s attack on South Korea in 1950 for fear of blowback. But events often require leaders to choose between bad and worse risks. And once the military machines are in motion, misunderstandings, miscalculations and entanglements can escalate to a conflict far beyond anyone’s original intent.

To better understand these dangers, Washington and Beijing have developed scenarios, simulations and war games. These often begin with an unexpected incident or accident. Individuals assigned to play the hand of China or the United States take it from there. Participants in these exercises are repeatedly surprised to find how often and easily small sparks lead to large wars. Today, there are at least three plausible paths to war between the world’s two greatest powers.

IN WAR scenarios, analysts use basic concepts made familiar by the U.S. Forest Service. Arsonists cause only a small fraction of fires. Discarded cigarettes, smoldering campfires, industrial accidents and bolts of lightning are much more common sources. Fortunately, in the forest as well as in relations among nations, most sparks do not ignite a blaze.

In relations between China and the United States today, relevant background conditions include geography, culture and history. “History,” Henry Kissinger observed in his first book, “is the memory of states.” China’s memory is longer than most, with the century of humiliation forming a core part of the country’s identity. Recent military engagements are also part of each state’s living memory. The Korean War and Sino-Soviet border conflict taught Chinese strategists not to back down from more powerful adversaries. Moreover, both the American and Chinese militaries acknowledge that the United States has lost, or at least failed to win, four of the five major wars it has entered since World War II.

The most pertinent background conditions, however, are Thucydides’s Trap and the syndromes of rising and ruling powers that China and the United States display in full. Thucydides’s Trap is the severe structural stress caused when a rising power threatens to displace a ruling one. Most contests that fit this pattern have ended badly. Over the past five hundred years, a major rising power has threatened to displace a ruling power sixteen times. In twelve of those, the result was war.

The rising power syndrome highlights the upstart’s enhanced sense of itself, its interests, and its entitlement to recognition and respect. The ruling power syndrome is essentially the mirror image: the established power exhibiting an enlarged sense of fear and insecurity as it faces intimations of “decline.” As in sibling rivalries, so too in diplomacy one finds a predictable progression reflected both at the dinner table and at the international conference table. A growing sense of self-importance (“my voice counts”) leads to an expectation of recognition and respect (“listen to what I have to say”) and a demand for increased impact (“I insist”). Understandably, the established power views the rising country’s assertiveness as disrespectful, ungrateful and even provocative or dangerous. Exaggerated self-importance becomes hubris; unreasonable fear, paranoia.

LIKE GASOLINE to a match, accelerants can turn an accidental collision or third-party provocation into war. One cluster of accelerants is captured by what Carl von Clausewitz called the “fog of war.” Extending Thucydides’s insight about war as “an affair of chances,” Clausewitz observed that “war is the realm of uncertainty. Three quarters of the factors on which action in war is based are wrapped in a fog of greater or lesser uncertainty.” This profound uncertainty can lead a commander or policymaker to act aggressively when a fuller set of facts would advise caution, and vice versa.

The advent of disruptive weapons that promise “shock and awe” makes the fog and uncertainty even worse. With attacks on command-and-control systems, enemies can paralyze a nation’s military command. In Desert Storm, U.S. forces demonstrated version 1.0 of this option. They destroyed Saddam Hussein’s intelligence and cut communication links to his commanders in the field. Isolated, his forces hunkered down; it was like “shooting fish in a barrel,” U.S. pilots remarked.

Antisatellite weapons are one accelerant that military planners expect to play a big role in any U.S.-China conflict. Long a subject of science fiction, such weapons are today a fact of life, running the gamut from kinetic ones that physically destroy their targets to quieter systems that use lasers to jam or “dazzle” satellites, rendering them inoperable. In 2007, China successfully destroyed a weather satellite, and it regularly tests its antisatellite capabilities in less dramatic fashion. Satellites provide a crucial link in almost every U.S. military endeavor, from early warning of ballistic-missile launches and providing imagery and weather forecasts to planning operations. Global positioning satellites put the “precision” in almost all the military’s precision-guided munitions and allow ships, planes and ground units to know where they are on the battlefield. The United States depends on this technology more than any of its competitors, making it a perfect target for Chinese military planners.

Cyberspace provides even more opportunities for disruptive technological transformations that could provide a decisive advantage, on the one hand, but might also risk uncontrolled escalation, on the other. The details of offensive cyberweapons remain heavily classified and are constantly evolving. But the public has seen glimpses of them in some cases, such as America’s cyberattack against Iran’s nuclear program or its “left-of-launch” attacks on North Korea’s missile tests. America’s primary cyberspace organizations, the National Security Agency and U.S. Cyber Command, as well as their Chinese counterparts, can now use cyberweapons to silently shut down military networks and critical civilian infrastructure like power grids. Moreover, by employing proxies and assembling an international web of compromised computers, they can disguise the origins of a cyber-operation, slowing the victim’s ability to identify the attacker.

Like antisatellite measures, cyberweapons could create a decisive advantage in battle by disrupting the command-and-control and targeting information on which modern militaries depend—and without bloodshed. This presents a dangerous paradox: the very action that attackers believe will tamp down conflict can appear reckless and provocative to the victims. Similarly, cyberattacks that disrupt communication would intensify the fog of war, creating confusion that multiplies the chances of miscalculation.

While both the United States and China now have nuclear arsenals that could survive the other’s first strike and still allow for retaliation, neither can be sure its cyber arsenals could withstand a serious cyber assault. For example, a large-scale Chinese cyberattack against the U.S. military’s networks could temporarily cripple Washington’s ability to respond in kind, or even to operate some of its critical command-and-control and surveillance systems. This creates a dangerous use-it-or-lose-it dynamic in which each side has an incentive to attack key links in the other’s computer networks before their capabilities are disabled.