How America Should Wage 'Lawfare' in the South China Sea 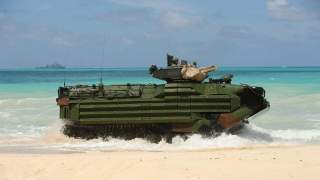 In the last several months, China has set an expansionist and escalatory strategy into motion in the South China Sea. The embattled region has long played host to a fierce territorial dispute between six nations—China, Brunei, Malaysia, the Philippines, Taiwan, and Vietnam—powered by nationalism, energy, and great power politics. But in the last year, Beijing has inflamed an already tense dispute through an unprecedented policy of land reclamation. This latest tactic comes on the heels of a number of other aggressive moves by Beijing.

Unsurprisingly, the United States has strenuously opposed the latest provocations. Washington is determined to stop China from gaining control of the contested territories and waters of the South China Sea through any method except a fairly negotiated settlement among the six primary claimants.

So far, this strategy has not succeeded. American policymakers understand that they must integrate several different tools in order to stand a chance of influencing China’s behavior. Yet Washington has failed to maximize the value of one particular instrument—international law—in its campaign. Its approach has been too blunt: the United States has appealed to “international law” as a basis for resolving the dispute without recognizing that different branches of international law may be more—or less—helpful for calming the turbulent waters of the South China Sea.

American policymakers have frequently urged the claimants to follow “international law,” implying that the entire dispute can be resolved by adhering to a single and undifferentiated body of law. Rhetorically, this approach has some merit—it distinguishes law from coercion, and encourages the claimants to settle their disputes peacefully (in theory, at least).

However, not all laws are created equal, at least in terms of their applicability to the South China Sea. In fact, two overlapping but independent sets of laws are at play—the law of sovereignty and the law of the sea.

Each tackles different aspects of the conflict. The law of sovereignty governs the question of territorial ownership—who owns which islands and reefs. It decides which claimant is entitled to reign over each of the physical features that dot the South China Sea. In contrast, the law of the sea (also known as maritime law) governs the question of maritime entitlements—in other words, which claimant (if any) can lawfully exert jurisdiction over the waters and seabed that are adjacent to any given piece of territory.

Although both bodies of law touch on territorial questions, the laws can operate independently from each other. With some limited exceptions, a court could decide on the breadth of an island’s maritime zones without knowing who owns it, and vice versa.

The United States has failed to make the most of the difference between the two sets of laws. Of course, this is not to suggest that international law is inapplicable except where convenience demands it. Rather, international law should be understood as one method of dispute resolution among many. When prodding the claimants toward a peaceful resolution of the dispute, Washington has a choice: it can emphasize international law as a basis for political settlement, or it can emphasize other factors—such as more abstract notions of “justice” or even raw power—instead.

Thus far, American policymakers have often encouraged the claimants to resolve the conflict on the basis of “international law” writ broadly without specifying which bodies of international law can provide the best grounds for resolving the dispute. This omission has serious costs: by encouraging the disputants to resolve the dispute through recourse to “international law”—including the law of sovereignty—the United States may be unwittingly prolonging the dispute and encouraging aggressive behavior. Likewise, by not stressing the law of the sea enough on its own, Washington may be missing an opportunity to help the smaller claimants band together against China’s recent bout of regional assertiveness.

The Sources of Instability in the Law of Sovereignty

When the United States urges the claimants to follow “international law,” it encourages them to comply with a number of bodies of law, including the law of sovereignty. But contrary to the conventional wisdom, the law of sovereignty exacerbates the South China Sea dispute: it incentivizes claimants to escalate the conflict, and it appears illegitimate because it fails to align with common sense and the region’s history.

Simplifying a little, a country can acquire sovereignty over territory through one of five methods:

In general, the law of sovereignty emphasizes actual and direct control—whether historical or present—as a source of legal sovereignty over territory. As the saying goes, possession is nine-tenths of the law.

By privileging—above all else—actual control as a basis for sovereignty, the law incentivizes claimants to seize as much territory as possible in the hopes of improving their legal position down the road. The law thus encourages the types of escalatory smash-and-grab operations—wherein claimants seize unoccupied islands or even snatch away occupied ones—that have marred South China Sea relations over the last forty years. The law also supports Chinese objectives, at least insofar as China is best positioned to take control of the Sea in the long term. So although the law of sovereignty cannot be blamed for every territorial scramble, it has injected an additional and entirely unnecessary source of instability into the dispute.

In addition to incentivizing dangerous behavior on the part of claimants, sovereignty law can also fail to reflect commonsense understandings of ownership. It promotes the rough-and-tumble of playground justice and ignores practical considerations that the public can easily understand and respect, such as the distance between a state and claimed territory. That’s a problem, because when law fails to reflect underlying conceptions of justice, it loses traction and legitimacy, encouraging rival claimants to seek resolution through force or unilateral action—as China and other claimants have done repeatedly.

The law of sovereignty, rooted in European history, also fails to reflect local experiences, further undermining its legitimacy. As Bill Hayton has documented extensively, sovereignty law reflects its Westphalian roots and emphasizes the importance of borders and indivisible sovereignty. In Europe, political units were “defined by [their] edges: laws, rights and duties applied equally across the territory but stopped completely at its boundary.” But historically, “sovereignty” meant something different in the South China Sea. Boundaries were fluid not fixed, and “there could be gradual transitions in authority and even gaps where no ruler was acknowledged. Smaller units might recognize more than one sovereign or possibly none at all.” Thus, “[i]n no sense did any state or people ‘own’ the Sea.”

So, when the law demands historical proof from the South China Sea claimants about past “sovereignty,” it is hunting the snark—searching in vain for a non-existent quarry. And so long as this chase fails to account for the region’s historical and political memory, it is doomed to conceptual confusion from the start.

The Possibility for Cooperation in the Law of the Sea

Fortunately, the law of the sea lacks many of the defects marbled into the law of sovereignty. Unlike sovereignty law, the law of the sea has been revamped recently in the form of the U.N. Convention on the Law of the Sea (UNCLOS). Rather than reflecting the archaic practices of colonial nations, UNCLOS was completed in 1982 after being negotiated by the entire international community over many years. Its recent vintage and inclusive drafting process also ensure that the treaty reflects commonsensical compromises between competing interests. And although UNCLOS raised the stakes of some territorial disputes by expanding their associated maritime zones, the treaty did not have this pernicious effect in the South China Sea (more on this below).

Perhaps the most important distinction between sovereignty and maritime law is that the United States can rely on the latter to combat China’s aggressive new policies in a way that it cannot with the law of sovereignty. Up until now, American policymakers have not harnessed the full potential of the law of the sea because it has been indiscriminately lumped together with its counterproductive cousin, the law of sovereignty. But by emphasizing just the law of the sea in its attempts to promote a peaceful settlement, Washington can accomplish two objectives: first, it can improve the relationship of the smaller claimants with each other, paving the way to a more functional coalition against China, and second, it can illegitimate Beijing’s attempt to dominate the entire South China Sea.

Coalition Building. First, UNCLOS establishes a relatively neutral basis according to which the smaller South China Sea claimants can settle some of their outstanding maritime disputes with each other. Historically, many of these nations flouted UNCLOS’ maritime entitlement provisions with abandon, grasping for control over as much of the ocean as they thought they could get away with. But this approach was a mistake: not only did it open them to charges of hypocrisy when they later criticized China’s own expansive claims, but it also led these claimants into disputes with each other, stymieing much-needed cooperation against the greater threat from Beijing.