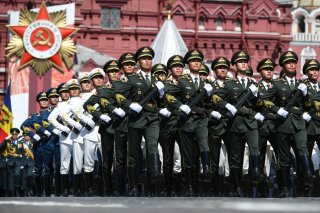 On December 8, 1991, Boris Yeltsin and Mikhail Gorbachev formally agreed to end the Soviet Union, mere months after the collapse of the Warsaw Pact in March and Poland’s free parliamentary elections in October. As many analysts assumed at the time, the Cold War was finally over and the “good guys”—the West, the United States, and its allies—had won.

For example, Francis Fukuyama thought things were so good that it signified the end of history. In his mind, the conflict between liberty and freedom on the one hand and the forces of totalitarianism on the other was over. The forces of a “liberal international order” would become the consensus position internationally.

The North Atlantic Treaty Organization (NATO) adopted a partnership for peace arrangement which included Russia. Russian president Yeltsin spoke at the United Nations and called for cooperative deep reductions in nuclear weapons and simultaneously the deployment of global missile defenses.

In the Western Hemisphere, every nation from Canada to Chile had moved toward democracy, except communist Cuba and poverty riddled Haiti.

These successes were a marked change from the world Ronald Reagan inherited in 1981.

Then, international conditions looked far from rosy. The Soviet Union repeatedly boasted how the strategic correlation of forces favored the Soviets and their allied socialist nations, and that U.S. global leadership had failed.

Moscow had also nearly completed a huge build-up of nuclear and conventional weapons to where the Soviets were confident to call for a “nuclear freeze,” knowing that the planned U.S. nuclear force modernization was stuck in reverse.

In 1979, Saddam Hussein seized power in Iraq and proceeded to invade Iran the following year, starting a decade-long “war of the cities.” Iran fell to a terrorist gang of Mullahs. The Soviets invaded Afghanistan. Nicaragua fell to the Cuba-lite Sandinistas. And El Salvador and Columbia were assumed to soon fall to hybrid Marxist terror-drug groups such as the Farabundo Martí National Liberation Front (FMLN) and Revolutionary Armed Forces of Colombia (FARC), respectively.

In the 1970s, some eighteen nations fell into the Soviet orbit through wars of national liberation or terrorism, starting with Vietnam, Laos, and Cambodia and ending with Mozambique, Angola, Grenada, and Ethiopia.

Soviet-sponsored terrorism in Europe also expanded dramatically through the Baader-Meinhof gang, also known as the Red Brigades, while in 1971-1972 alone there were some 2,500 terror bombings in the United States.

Hope for economic growth and prosperity in the United States disappeared, replaced in 1980 with stagflation, with 14 percent inflation, a prime 21 percent interest rate, and unemployment climbing toward double digits. Gas lines and soaring fuel prices shuttered the U.S. economy.

How, then, did the United States and the West recover so dramatically and turn things around in a decade? Why did the Soviet empire end in 1991 when a short decade earlier Moscow’s empire looked, as former UN ambassador Kenneth Galbraith explained, too strong to bring down.

Many analysts claim today that the collapse of the Soviet Union was inevitable or that the strategy of “containment,” described in 1946 by George Kennan in a famous telegram from Moscow to the U.S. State Department, had worked.

In short, the elites repeatedly told us that the good news of the “end of history” in 1991 was all but inevitable, growing out of the USSR’s critical weakness. Long term, a new, better “reset” of the international was emerging toward Davos-inspired globalization.

U.S. security policy in 1981 did not accept the idea that the decline of the Soviet empire was inevitable, and the United States and the West would succeed simply by continuing “business as usual.” While many associate “peace through strength” with Reagan’s military security strategy, the new American administration dramatically changed the Nixon-Ford-Carter era of détente, peaceful coexistence, and the largely reactive-passive policy toward the USSR.

As outlined by Myron Norquist in an essay for the National Intelligencer, the Reagan administration adopted new policies including no further reliance on the failed policy of what was known as “containment.” From 1917 to 1983, no Soviet or communist-controlled territory was taken back by the forces of freedom until the United States liberated Grenada from its Cuban masters in 1983 in cooperation with seven Caribbean nations. So, for sixty-six years the USSR expanded, including during thirty-six years of supposed “containment.”

Reagan, virtually alone among America’s leaders, believed the Soviet Union had to be pressured across the board and, if done correctly, would lead to the Soviet empire’s implosion.

Immediately after his swearing-in, Reagan decontrolled the price of oil and eventually persuaded the Saudi government to increase oil production from 2 to 10 million barrels a day, resulting in a drop in oil prices from $30 to $12 a barrel.

As a result, Soviet oil and gas ventures with Japan and Germany and a new Soviet Siberian pipeline were all canceled. Falling oil revenue in Libya, Iraq, and Iran also made purchasing Soviet arms no longer possible, Western bank credits were stopped. U.S. assistance to freedom fighters in Nicaragua and Angola, and to the governments of Columbia and El Salvador, markedly increased the cost of Soviet war efforts, further deteriorating the USSR economy.

To counter Soviet power, the United States modernized its military, especially its nuclear forces, while initiating production and deployment of the Pershing II and Ground-Launched Cruise Missile in Europe and Asia, and simultaneously called the Soviets’ bluff on their massive SS-20 deployments by proposing the abolition of all Soviet and U.S. medium-range missiles.

Gorbachev found that between $36-51 billion in annual foreign exchange earnings disappeared or were vacuumed up by the surging cost of empire. In fact, Moscow was spending more per capita on Cubans and folks in Nicaragua than on improving Soviet citizens’ living standards. The government responses of perestroika and glasnost didn’t reform the Soviet system but only exposed its fissures and contradictions. The empire had to be jettisoned, precisely as Reagan had predicted.

Thus, peace through strength—both military and economic—ended the Soviet empire.

After the end of the Soviet Union, the United States and its allies made little effort to engage with Russian democratic political forces and ignored the possibility that totalitarian forces would again take power. U.S. defense spending on modernization also declined from 1991-2000 by a cumulative $1 trillion, with military modernization stopped across the board. U.S. Air Force general Garret Harencak warned of the dangers of the United States going on what he termed “procurement holiday” as the production of every modern American strategic nuclear platform was terminated (the Peacekeeper intercontinental ballistic missile, the Ohio-class submarine, and the B-2 strategic bomber).

While the initial U.S. response to the 9/11 attacks was a success—the dramatic takedown of the Taliban and Al Qaeda was largely achieved by December 2001—the United States then got bogged down for two decades in nation-building and counterinsurgency in Afghanistan and later Iraq.

Iran, recovering from its war with Iraq, used the over $100+ price of a barrel of oil to become the biggest state sponsor of terrorism in the world with the largest missile inventory in the Middle East; legions of proxy terrorist groups—the Houthis, Hezbollah, Islamic Jihad, and Hamas—in Afghanistan, Syria, Yemen, Lebanon, and Iraq; and an industrial-strength nuclear weapons capability allowed by the Joint Comprehensive Plan of Action.

A promise of a Russian reset—a second détente—failed miserably as Russia took a bite out of Georgia in 2008 and Ukraine in 2014. The Russians also built up their nuclear arsenal far beyond the limits called for in the New START Treaty, while China, under no nuclear restraint whatever, now is building towards at least 1,000 deployed nuclear warheads by the end of the current decade. And now Russia is invading regions of eastern Ukraine under the fanciful idea of engaging in peacekeeping.

Today, the United States has the highest inflation rate in forty years; U.S. debt exceeds $30 trillion, a thirty-fold increase since 1980. U.S. oil production has fallen markedly below the 17 million barrels a day record of 2019, even as U.S. leaders plead with Moscow and Riyadh to produce more oil to reduce the price.