This Is How Americans Decide Who They Vote For 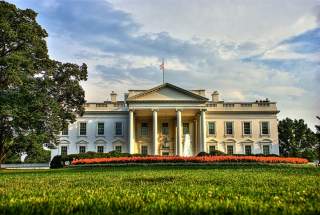 Before Wednesday's grueling three-hour Republican debate had even ended, the pundits were at it, assessing the candidates' performances, checking facts, second-guessing the moderators and declaring the winners and losers. As they headed to the “spin room,” the candidates themselves weren't above assessing their own acts. Donald Trump was positive he'd done a great job and Ohio governor John Kasich “hoped” he made his points, while former Virginia governor Jim Gilmore—who was denied a spot on both the main and jayvee stage—tweeted his outrage at this treatment.

The early consensus was that Carly Fiorina had once again demonstrated why she should be considered a serious candidate and Jeb Bush at least partially succeeded in demonstrating that he was neither too laid back nor indifferent to deserve real consideration. No one really messed up. But the debate demonstrated two or three important things about the race that is now underway. There are serious differences within the GOP and the country between the “insiders” and “outsiders” and there are several wannabes who even the most casual observer might envision in the Oval Office.

Those who think American voters cast their votes for president without thinking have misread the public. As far back as 1968, with Joe Mcginniss’ Selling of the President, some have suggested that voters are easily manipulated or fooled because they don't know all that much and vote on the basis of a candidate's looks or image or themes without giving much thought to how he or she might actually perform as president. That has never been as true as the manipulators would have us believe because the American voters who actually decide presidential contests take so many factors into consideration before casting their votes.

One can be cavalier about the vote for a member of Congress, a senator or perhaps even a governor, but the presidency is a different. When it comes to selecting a president, Americans want someone with whom they can agree on major issues—but they also want something more than that. When they go into the voting booth, they know they are casting a vote for someone who may be confronted with a number of major crises and national security threats. They consciously or perhaps unconsciously are affected by the candidate's temperament and common sense as well as how he or she looks at issues of lesser importance. Thus, while voters in 1980 were nervous about Ronald Reagan, who had been unremittingly portrayed as a trigger-happy westerner who as president might precipitate a nuclear war, they got a chance during that year's debates to assess him and came away feeling that he was someone they could trust. When that happened, the ground gave way, President Jimmy Carter's support collapsed and Reagan went on to win by a landslide. The public knew that they had a likeable fellow with whom they agreed on major issues and whom they believed they could trust.

Typically, voters take a while to make that assessment, which is why Monday-morning favorites are often left on the sidelines as the contest gets more serious and decision time approaches. A lot of frustrated voters this summer rallied to the unlikely candidacy of Donald Trump because they liked the idea of an outsider who would give the powers that be the back of his hand. That has never meant, however, that when they have to make an actual decision they will vote for him.

This week's debate took place at the historic post–Labor Day beginning of a period where things start to get serious. The Trump that stood on the stage at the Reagan Library was clearly out of his depth on substantive issues and his temperament, entertaining in June and July, was beginning to wear thin. When analysts look back on it, though many pundits thought he actually won on Wednesday and even more believed he didn't hurt his chances, they may realize that his slide toward the side of the road began there.

David Keene is the opinion editor of The Washington Times.