How to Answer Putin’s Escalation in Ukraine 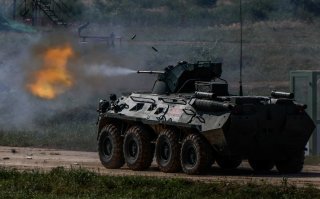 In the face of his recent military setback, Russian president Vladimir Putin has decided to escalate the war in Ukraine by ordering the mobilization of 300,000 reservists, moving to annex Ukrainian territories under Russian control through a sham referendum, and once again threatening to use nuclear weapons.

These steps present big risks and require adjustments to our current strategy. The risks are twofold. The first is the potential use of nuclear weapons and possible drift into nuclear war. The second is the impact on the conflict and allied support for it.

In addressing the nuclear risk, we must consider the consequences of Ukraine pushing to liberate Russian-annexed territory. In that scenario, Putin may demand that the Ukrainians stop their advance and then retaliate with one or more nuclear weapons if they do not comply. This seems unlikely since Putin would not be able to localize the impact of such weapons, and employing them would put his own troops at risk.

Nevertheless, we should be concerned about this possibility, and the Biden administration must prepare for it now. Most importantly, the administration must send the very clear message that its response to Russian nuclear use in Ukraine would include swift retaliation—perhaps obliterating a Russian formation in the Black Sea or targeting a major Russian land formation in Ukraine. Responses such as these need to be reviewed and preparations made.

As difficult as it is to conjure, the United States must engage China, India, and other fence-sitting nations now to ensure that a nuclear strike in Ukraine will lead to the complete international isolation of Russia.

Washington must also begin to think through the rungs in the escalation ladder. The emphasis of this examination must be on meeting Russian nuclear threats at a level that avoids general nuclear war and preserves U.S. escalation dominance.

The second risk is the impact of the additional 300,000 reservists, annexation of Donbas, and prospects for a protracted conflict. Taken together, these elements could change the balance of military power in Ukraine with a concomitant reduction in European support.

Ukrainians appear determined to fight to liberate territories that Putin is poised to annex. But in the event of Putin’s escalation, they will need more international military and intelligence support. The United States should fulfill that need. Putin must be made to understand that his escalation and intimidation tactics will result in increased U.S. and allied support.

Maintaining allied cohesion and mutual commitment to burden sharing will remain a challenge as the war continues. Many U.S. European allies are suffering through high rates of inflation and demoralizing energy price hikes. The domestic impact of these issues is undermining popular support for the coalition effort in Ukraine. Countries like Germany are particularly vulnerable. The Biden administration did a good job of engaging allies before the start of the conflict. The same type of engagement should be intensified now as we collectively prepare to address Putin’s escalation. On the energy front, pressing energy partners and allies to produce more, helping to arrange financing for expanding or constructing new LNG terminals and pipelines to and within Europe, and adjusting policies to encourage more production in the United States, will help.

Russian escalation represents important vulnerabilities. Putin continues to refuse a negotiated political settlement. The Ukrainians are resolved to fight for their country. This means a looming quagmire for Russia that will exhaust it militarily and drain its resources by committing significant additional Russian forces.

The announcement of a partial mobilization has already caused demonstrations in Russia and a mass exodus for those who reacted quickly enough. Problems at home, including bolder criticism of Putin, are likely to increase—and we can contribute to those troubles. Among the steps to be considered is to more boldly challenge Putin’s grip on war disinformation.

Ukraine and our allies in Eastern Europe have their own networks and understanding of Russia’s communication channels. They can guide this effort and we can leverage their ability to create compelling cultural messaging for the Russian population. Russia is performing badly in Ukraine. There are growing numbers of Russian casualties and Putin’s disinformation machine has been obfuscating those numbers from the start. The Ukrainians, on the other hand, have proven themselves to be masters of public relations, elevating the name of their president from a “who is that?” to a “he’s amazing!” How we leverage President Volodymyr Zelenskyy’s fame to elevate and extend messaging to the Russian people must be considered carefully.

We should not lose sight of Central Asia, where Moscow’s poor performance in Ukraine has led to a decline in regional states’ long-standing fear of Russia. Central Asia could well become an unintended beneficiary of Ukraine’s courage. Kazakhstan and Uzbekistan are becoming more open to looking “westward” for economic ties and geopolitical balance.

Together with Europe, we need to become more proactive in developing Central Asia’s ability to counter European dependence on Russian energy. Turkmenistan alone has the world’s fourth-largest gas reserves and, in cooperation with Azerbaijan, can provide significant quantities of gas to Europe.

Putin has made a big mistake by escalating. He risks failure and even the loss of his position. Our role in increasing those costs is critical but, in all of our responses, we must be wise and firm. This means keeping the door open for a political settlement that serves our long-term global interests of stability and security.

Zalmay Khalilzad is the former U.S. Ambassador to the United Nations.