How to Battle Terrorism in 2017 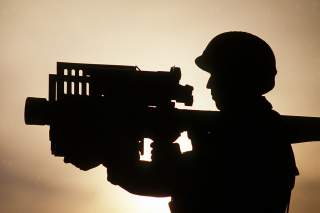 In the social and political realities of these two countries we can see the deep conflicts that is underlie the success of terrorists. Specifically it concerns religious, ethnic and political differences. In addition, there is economic and social injustice. Furthermore, there is the ideological vacuum which the representatives of the official clergy couldn’t fill. There is a need for an updating of social contract between the four main pillars of the Muslim Middle Eastern countries: the population-power-army-clergy.

As a result, inter-religious and socio-economic contradictions form the foundation of the growth of terrorism in Iraq and Syria. This is the underlying cause. Moreover, the identity of the Syrians and Iraqis is going through the deepest crisis. As a result, conflicts are on the lines of the Alawites, Shiites, Christians - Sunni (Syria), Shia-Sunni-Kurdish (Iraq). Radicals have successfully used all of these contradictions in their favor.

The same applies to the methods of fighting terrorism. Of course, military methods are required. However, they can only play a subsidiary role in the fight against terrorism. Intelligence agencies are the main organizations called upon to fight against terrorism. The three pillars of struggle with radicals are actions of special services (intelligence and counterintelligence), special operations forces (MTR) and counter-propaganda (“battle of ideas”). No one country could really develop effective mechanisms to deal with counter-propaganda over the past year. Unfortunately, Russia didn’t even attempt to start this process. Other countries also didn’t have any success. The attempts of ideological struggle with radical of Islam of EU sometimes were even absurd.

Here is one example how one of the Arab countries is struggling against propaganda. I'm not going to call out the name of it, but I'm sure that many people would guess. Throughout the year, the Mukhabarat (intelligence agencies) was deleting and burn books of ideologues and founders of the organization “Muslim Brothers” of Hassan al-Banna and Sayyid Qutb. How effective do you think it is?

Put bluntly, the “battle of ideas” was lost in 2016. The main instruments and mechanisms of fighting with terrorism are counterintelligence, intelligence, investigation, coordination and aiming of offensive operations, tracing of phone calls, creating legends, intelligence work, operations compromised, rapid development, "outdoor work", undercover penetration and controlling of persons. The great powers often use air strikes, but in spite of their importance, they are only a subsidiary tool in the struggle against terrorism. But it should be said that until this is realized, no one will ever achieve a fundamental success. While terrorist networks are disintegrating, the intelligence agencies aimed to fight with them are going through a process of centralization and integration. The level of threat forces means that it is imperative to reconsider the cumbersome and sometimes immobile nature of the counter-intelligence and intelligence institutions. It is complicated to coordinate between analytical, technical and operational "sleeves" of intelligence services. It requires huge efforts and time, which is most important thing. Everything is accelerating; globalization has mixed space and time. We have to learn to respond faster.

Today there is a transition of terrorist groups to the use of a “single-suicide”. This is due to the complexity of organizing a terrorist attack in the West. The emergence of the Islamic State has put on the agenda the other factor of the struggle against terrorism, which is controlling of areas. “Quiet Harbor” used by terrorists greatly facilitates the organization of terrorist acts, including outside the Middle East. Therefore, the United States has an urgent need to have “good” allies in this region.

According to a Rand corporation study, terrorists groups are end their existence in two main ways: 1. the grouping goes to the non-violent struggle and includes in the political process (43%); 2. intelligence agencies destroys the root element of the grouping (40%). It is difficult to achieve victory over the terrorists which have distorted understanding of religion through “pure” military action (10%). After all, terrorism is not for killing lots of people, but for making lots of people see that.

Today, there is the rise of Salafi jihadism. All this affects the minds and attitudes of potential “clients” of extremists. Previously orientalists and figures of intelligence services had said that the Arab-Israeli conflict was a breeding ground of terrorism and until it was resolved, it was impossible to defeat terrorism. So, today, the same thing can be said about the situation in Syria and Iraq.

We failed war against terrorism in 2016. However, some Muslim Middle East countries, the US and Russia have caused a severe blow to terrorist groups, particularly on the “Islamic state”. It gives hope that 2017 year will become even more unfortunate for the radicals.

Georgi Asatryan, Ph.D., is a special correspondent for Izvestia, an expert on Middle East policy, and on Twitter @alorientalist.