How to Beat Back ISIS Propaganda 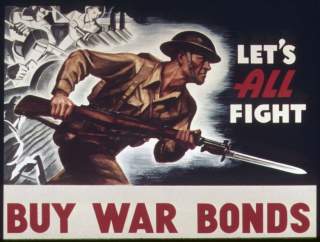 Deep into the second decade of Western efforts to counter the propaganda of groups like Al Qaeda and Daesh/ISIS, results are mixed. Many would consider even this cautious assessment to be optimistic. Almost a decade ago, then U.S. defense secretary Robert Gates lamented how “one man in a cave managed to out-communicate the world’s greatest communication society.” Those frustrations have arguably intensified. As Alberto Fernandez, former director of the U.S. State Department’s Center for Strategic Counterterrorism Communications (CSCC), candidly asserted in his report for Brookings: “Efforts to blunt ISIS propaganda have been tentative and ineffective, despite major efforts by countries like Saudi Arabia, the United States and the United Kingdom, and even al-Qaida.”

Many factors contributed to this situation, but perhaps the most significant are intellectual. For instance, the belief that ISIS’s (and before them Al Qaeda’s) propaganda is unheralded—typically highlighting slickly produced communiqués and use of social media as evidence—implies that history offers little for improving contemporary efforts. The long history of messaging during conflict suggests otherwise. As Professor John Arquilla suggests: “information strategy did not spring forth fully formed . . . It has formed and reformed, shifted shape and emphasis, for millennia. We ignore this long experience at our peril.” Indeed, the use of visual and aural (e.g., spoken-word) communication by combatants to boost the fighting spirit of comrades, win over neutrals and intimidate enemies predates even the ancients.

Whether one calls it “propaganda,” “information operations” or “strategic communications,” the evolution of messaging during conflict has been driven by three persistent factors: (1) developments in communication technologies, (2) advancements in military technologies and strategies, and (3) changing relationships between the political elite and the populace. Consequently, trends and themes emerge and reemerge throughout this history as actors grapple with how best to harness the latest communication, whether Gutenberg’s printing press or Twitter, and military technologies (from gunpowder to the IED) in order to shape how the conflict is perceived by friends and foes. This history offers important lessons for the ongoing battle against extremist propaganda—starting with a morale boost.

From the Great Wars to the Cold War and Gulf War (1990–91), Western nations have been adept at using strategic communications to great effect during war. When the slow starts and glitches of these successful campaigns are considered, there is even more reason to take heart from this history. The organizational problems that have often dogged anti-ISIS efforts are not historical anomalies.

For example, in the first two years of World War II, four successive heads of Britain’s Ministry of Information resigned or were dismissed. Sure, the seemingly “slick” Nazi and then Soviet propaganda machines enjoyed early successes—thanks partly to the tendency of Western nations to dismantle their strategic communications capabilities after the war—but those adversaries were soon eclipsed once awe was replaced by clearheaded strategizing. Of course, politico-military successes were vital for creating opportunities to shift momentum in the “information theater.” Likewise, as ISIS continues to rapidly lose territory, anti-ISIS propaganda efforts will receive new opportunities. History also offers pertinent lessons for how to best leverage them.

Messaging that exploits the disparity between what one’s adversary says and does, while promoting the close alignment of one’s own words and actions, is a timeless propaganda strategy. As Professor Doug Borer said during discussions at the Naval Postgraduate School: “it’s the say-do gap, stupid.” As a messaging strategy, it does more than merely expose hypocrisy or incompetence; it goes to the heart of an actor’s perceived credibility. Forget slick production or social media—this is Al Qaeda and ISIS’s propaganda trademark. From bin Laden’s frequent assertion that the perpetrators of the Hiroshima and Nagasaki bombings have no right to label him a “terrorist,” to Inspire and Dabiq magazines’ regular claims that Western governments do not afford Muslim citizens the same rights as other citizens, this messaging is designed to expose the West’s say-do gap.

The “information theater” is where perception becomes reality, and Western messaging has tended to be comparatively less adept at leveraging this approach. This has not been helped by events such as the Abu Ghraib revelations and, more recently, an unwillingness to back up “red lines” drawn in Syria. Western counterterrorism messaging would benefit from focusing on tying extremists to the crises experienced by their potential supporter base, highlighting that say-do gap and avoiding futile counter-proselytizing.

Strategic communications campaigns must be devised within the context of strategic policy decisions. Even the best messaging cannot replace “real” policy or action; nor can one assume that action will “speak for itself.” Over three decades ago, President Ronald Reagan’s National Security Decision Directive 75 integrated military, economic and information elements into a wide-ranging strategy designed to catalyze the Soviet Union’s downfall. NSDD 75 and subsequent directives show that the Reagan administration understood the compounding benefits of synchronizing message and action, its force-multiplying effect on the overall campaign and its decisive impact on perceptions of credibility. Current strategies could learn much from this history.

Disruption Is More Effective Than Censorship—But Not in Isolation.

Throughout history, the instinctive reaction of status quo powers (e.g., the state) to the narrative challenges of aspirant powers (e.g., nonstate actors) has been to engage in censorship, especially by shutting down means of communication. For instance, Luther’s Protestant Reformation could be described as history’s first social-media campaign, thanks to advancements in printing technologies. A key component of the Catholic Church’s response was to shut down or control the printing presses, to stop the Protestant contagion spreading and becoming a threat. Replace “printing press” with “Twitter” and it becomes clear how far the discourse has progressed.

Instead, disrupting an adversary’s ability to use a communication technology seems more effective than censorship, because it creates opportunities for the ensuing “void” to be filled by one’s own messaging. The British severing German telegraph cables to the United States during World War I would have had little effect if the Allies had not implemented a comprehensive messaging strategy. Shutting down extremist social-media accounts as a disruption strategy must similarly be partnered by effective messaging.

While Defensive Counter-Messaging Is Important, Offensive Messaging Should Be Prioritized

While the question of how best to counter extremist propaganda dominates counterterrorism strategic-policy debates, this focus may be misplaced. In Persuade or Perish, Wallace Carroll, the former deputy director of the Office of War Information during World War II, argued that momentum in the “information war” shifted when Allied messaging moved from prioritizing “defensive” counter-messaging to “offensive” messaging designed to provoke Nazi counter-narratives. So perhaps a more pertinent question is “how can counterterrorism messaging best elicit defensive counter-narratives from extremist adversaries?” This is a deceptively complex question, because answers change dependent on factors like target and context, but it is an essential consideration.

There isn’t one. But what history suggests is that a strategic communication campaign during conflict has a greater chance of success if it is based on the cumulative effects of a multidimensional approach—one that deploys a range of messages designed to leverage a spectrum of target-audience motivations using all pertinent means of communication—synchronized with politico-military actions. ISIS understands this and, despite extraordinary odds, has achieved remarkable successes in the “information theater.” It is clear that ISIS is already influencing the next generation of extremist propagandists. To defeat these future threats, it will be essential to draw on the lessons of history.

Dr. Haroro J. Ingram is a research fellow with the Australian National University and a research associate with the International Centre for Counterterrorism (ICCT–The Hague). He is a member of ICCT’s Counterterrorism Strategic Communications (CTSC) Project and the author of A Brief History of Propaganda During Conflict: Lessons for Counter-Terrorism Strategic Communications. Ingram is also a visiting researcher with the Naval Postgraduate School’s Defense Analysis Department.