How the Biden Administration Can Implement Effective Human-Rights Initiatives 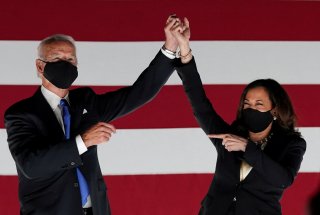 Critics of Donald Trump’s foreign policy have long alleged that his administration showed insufficient concern about human rights. This negative evaluation has persisted, despite the spotlight shone on the mistreatment of the Uyghurs in Xinjiang as well as on abuses of human rights elsewhere, especially limits on freedom of religion. In addition, the report compiled by the State Department's Commission on Unalienable Rights emphasized the centrality of rights advocacy for American diplomacy.

Now, however, the foreign policy contours of the prospective Biden administration are finally coming into focus. Against the background of the complaints about a devaluation of rights during the past four years, it is fair to ask if his administration will approach human rights differently. Will the Biden team try to do better by human rights?

Major nongovernmental organizations that specialize in defending human rights have already been calling for the Biden administration to emphasize rights. Tony Blinken, nominated as the next secretary of state, serves on the board of Human Rights First, which could augur well for a rights agenda. Nonetheless, it still remains unclear if the Biden team intends to emphasize human rights at all, and if so, how it would pursue them in practical terms. Human rights advocacy does not necessarily follow from the president-elect's various promises that the United States will return to its previous leadership role in international affairs. On the contrary,  human rights were hardly a priority during the Obama administration, so the promise of a return to previous policies is not at all a guarantee of meaningful human rights promotion under the Biden administration.

Fortunately, two of the apparent goals of Biden's foreign policy could offer ample opportunity to give pride of place to human-rights concerns: the aspiration to renew diplomacy with Iran through some version of a return to the Joint Comprehensive Plan of Action (JCPOA) and plans to revive the Obama-era opening to Cuba. Each of these initiatives could include significant human-rights components if the president-elect and his team were so inclined. Both Iran and Cuba are major human-rights violators, but each is also eager to make progress with the United States. That creates an extraordinary opportunity to leverage that motivation by making diplomatic progress contingent upon improvements in the respective human-rights situations. That is what prioritizing human rights could mean in practice.

In order to understand the importance of a potential human rights breakthrough, it is worth remembering the egregiousness of the rights violations in both dictatorships. According to the State Department's Bureau of Democracy, Human Rights and Labor, the suppression of the November 2019 protests in Iran led to the killing of as many as 1,500 demonstrators and the detention of 8,600. Torture, degrading punishments and inhuman conditions are endemic in the prison system, while politically motivated arrests are common. The Office of International Religious Freedom has noted that religious minorities, especially Sunni Muslims and members of the Baha'i community, suffer from  systemic discrimination, while women face brutal punishment, including lashings, for "un-Islamic dress." Meanwhile, a Trafficking in Persons report details how Iranian government officials condone or even participate in human trafficking, ranging from sex trafficking to forced labor and the recruitment of child soldiers for Iran's military adventures, throughout the Middle East region.

Rather than simply returning to an unchanged JCPOA, a Biden foreign policy would be well advised to make human-rights liberalization in Iran a precondition for any reduction in the sanctions regime that the Trump administration has built up. The United States should not surrender its negotiating advantage without insisting that Iran correct its systematic rights violations, for example, by banning torture, opening its prisons to international inspection, ceasing discrimination on the basis of religion, terminating dress codes for women, and ending all human trafficking. There is plenty of room for improvement in the Islamic Republic. Washington should not miss this opportunity. After all, if it cannot promote respect for rights in Iran, then it will lose credibility in efforts to do so elsewhere in the Middle East and beyond.

Making sanctions relief contingent on human-rights improvement should hold as well for Cuba policy. According to Amnesty International, the Cuban government continues long-standing practices to limit dissent. Press freedom and freedom of expression remain nonexistent or subject to harsh restrictions. Additionally, academic freedom is severely limited and any substantial criticism of the regime quickly leads to imprisonment. Decree 349, adopted in late 2018, prohibits the gatherings of artists without prior permission of the Ministry of Culture, and participants in such gatherings face arrest. Currently, the San Isidro Movement of artists is encountering particular repression, with some of their members detained incommunicado. These are only a few of the examples of the many human-rights violations that characterize the Cuban regime.

Any steps toward a normalization of relations with Cuba should improve these dismal conditions. The Biden administration has the chance to condition liberalization of restrictions on travel to Cuba and on meaningful reforms, such as a revocation of Decree 349 as well as similar legislation and policies that restrict freedom of expression. Also, Washington can propose that political prisoners be freed before granting Havana the economic benefits of American tourism: there is no reason for the United States to refrain from pressing these points.

Criticism—warranted or not—that the Trump administration gave short shrift to human rights obligates the Biden administration to do better. Iran and Cuba offer two prime opportunities where it can prioritize human freedom. The United States has the leverage; the dictators of the world need it more than it needs them. Therefore, any sanctions relief should be premised on prior and significant improvement in the respective rights environments. The action that the Biden administration takes to promote rights will provide the measure with which to judge retrospectively the integrity of the criticism directed at the policies of the Trump era.