How the Biden Doctrine Should Tackle Fragile States 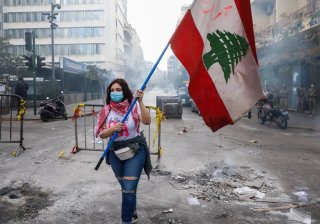 The Biden administration’s first eight months have been defined by foreign policy pragmatism. President Joe Biden’s decisions intend to reallocate resources toward addressing what he views are the most pressing threats to America.

The Biden team is slated to finish its National Security Strategy (NSS) by early 2022. As the White House makes the final touches to this framework, it must objectively analyze and prioritize all potent threats. The NSS should, therefore, include guidance on where, when, and how the United States will address risks from fragile states.

The Haitis and Mozambiques of the world are not as important to American national security as competition with China in the Indo-Pacific. However, unstable countries and regions can and do hinder U.S. interests—and may complicate the Biden team’s other priorities. We need not put these issues front and center but ignoring them will be at our peril.

The president’s team has a skilled set of departments and agencies capable of diagnosing and mitigating threats from fragile states before dangers metastasize. Here are four ways the National Security Council can use the NSS to guide these agencies on what and where to focus their energies.

The United States faces a multiplicity of risks from fragile and conflict-affected areas.  Fragile states are less equipped to quell the spread of pandemics like Covid-19, more likely to be the source of violent conflict because of predatory governance, and are less able to curb climate change or deal with its effects. In some cases, fragile states are more susceptible to meddling from Beijing or Moscow and, therefore, central to our competition with these adversaries.

In addition to carefully assessing the likelihood that such risks will impinge on U.S. interests, and devising means to address them, the White House should give particular attention to two issues.

The first is dealing with the proliferation of non-state armed groups across every major region. Non-state armed actors like terrorists, rebel groups, and militias contribute to instability by offering governance alternatives that imperil a government’s legitimacy, contest the host government’s monopoly on the legitimate use of force, and enable illicit economies.

In some cases, such groups are increasingly less “non”-state and more semi-state or “hybrid” in form—not part of a country’s armed services but still influenced if not outright controlled by the sponsoring (often foreign) regime. The Popular Mobilization Forces in Iraq, largely under Iranian sway, and Hezbollah, with the same backer but in Lebanon, are two groups most frequently cited. Non-state and hybrid armed actors show no signs of abating. The NSS should include guidance on reassessing how and when the U.S. government engages such groups including, when interests align, as stabilization partners.

The second threat from fragile states is the danger it poses to the Biden administration’s commitment to tackle corruption globally. Corruption is a cause and consequence of state fragility—it enables conflict and inhibits effective state responses to address its root causes. Weak institutions captured by predatory elites underwrite corruption in such countries. Therefore, using diplomacy and foreign assistance to strengthen democracy and good governance in fragile settings would serve the dual purpose of mitigating instability risks from fragile settings and curbing corruption. But the United States must go further by targeting the enablers and facilitators of corruption in regional states and the west.

In addressing fragility as part of the NSS, the White House should consider two bureaucratic steps to address these challenges, among others.

First, the Biden team should ensure its executive branch agencies effectively implement the “U.S. Strategy to Prevent Conflict and Promote Stability,” as called for in the 2019 Global Fragility Act (GFA). The next step in implementing the GFA is for the White House to select the five countries where it will pilot the strategy. After the Biden team makes these choices, it must work expeditiously to develop and implement country-specific plans. Congress should appropriate funding levels that leaders at the U.S. State Department and Agency for International Development deem necessary to meet the challenge.

Second, the White House should refresh or establish new multi- and bilateral partnerships to make addressing threats from fragile states as cost-effective as possible. The United States should not address state fragility everywhere. But it must tackle this challenge and its consequences in countries that matter most for U.S. interests. In so doing, the United States need not go it alone. Making good on its commitment to reinvigorating alliances, the White House should deepen collaboration with the European Union—and other partners, such as Germany—on work in fragile and conflict-affected settings. With the EU, cooperation could start with selecting countries or areas where the two actors have shared interests and then agreeing on a division of labor for which actor will address which issue therein.

In many ways, pursuing cooperation on fragile states could be low-hanging fruit for beginning to turn the White House’s rhetorical commitment to reinvigorating the transatlantic alliance into tangible action.

Biden’s team would be wise to apply his pragmatism towards identifying and neutralizing—rather than naively looking past—threats from fragile and conflict-affected areas. Doing so will enable the White House to address higher-level policy priorities.

Patrick W. Quirk is Senior Director for Strategy, Research, and the Center for Global Impact at the International Republican Institute, a Nonresident Senior Fellow in the Atlantic Council's Scowcroft Center for Strategy and Security, and an Adjunct Professor at Georgetown University. Previously, he served on the U.S. Secretary of State’s Policy Planning Staff.