How Not to Botch a Peace Deal with Israel 101 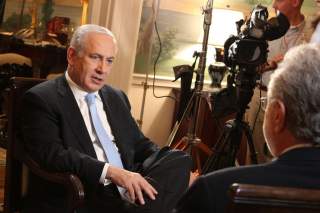 If negotiations are to have any chance of success, there must be a range of theoretical deals that both sides prefer to their respective alternatives. This is what negotiation experts call a “zone of possible agreement” or ZOPA. Discussions of past failures of Israeli-Palestinian negotiations often focus on tactical matters—for example, whether talks should be phased as in the case of the 2003 roadmap, whether the parties should hold to the principle that “nothing is agreed until everything is agreed,” or whether talks should be bilateral between Israelis and Palestinians or include an American delegation. Yet it is far more likely that past failures simply result from the absence of a ZOPA—i.e. that the most one side was prepared to give did not meet the bare minimum of the other—and that such tactical considerations were therefore largely irrelevant.

If no ZOPA exists, the question before American policymakers keen to pursue the peace process is how to create one. Because the existence of such a zone depends on each party’s comparison of the value of a negotiated deal to its best alternative, there are two ways to open a ZOPA: improve the deal, or worsen the alternatives. And because entering negotiations tends to entail a political cost for leaders, it is important not just how each side judges the presence or absence of a ZOPA in light of its own interests, but how it perceives the other side’s calculations. U.S. officials will need to address all these questions, all the while keeping American interests front and center in their plans lest negotiators’ zeal for an agreement overwhelm sensible policy.

Worsening Israel’s alternatives to a negotiated peace would be irresponsible for U.S. policymakers. It is one thing to argue against annexation or a “one-state” solution, neither of which enjoys much support among Israelis or has been fleshed out in realistic detail. Undermining Israel’s relatively secure and prosperous status quo, on the other hand, would make no sense, as the United States has a direct interest in Israel’s strength and stability. This is why calls to cut off military aid to Israel or sanction it for settlement activity are so foolhardy. Not only is this no way to treat an ally, but such actions would amount to the United States cutting off its nose to spite its face by sacrificing a current advantage (U.S.-Israel cooperation on high-priority security threats such as Iran and terrorism) for the mere hope of future progress on peace. And even that faint hope would be unlikely to materialize, as steps to weaken the U.S.-Israel alliance would likely call into question any American or international guarantees that would accompany a peace deal. In other words, an American effort to worsen Israel’s alternative to a deal might end up instead undermining the value of that notional deal itself.

The real question regarding the status quo in Israel, however positive it may be, is where it is leading and how long it can possibly last. While President Obama and Secretary Kerry recognized this (and expounded on it ceaselessly), their mistake was thinking that Israelis did not. In fact Israelis debate these questions incessantly and their politicians and parties are divided over them. But for Israeli politicians like their counterparts everywhere, short-term imperatives often trump long-run concerns; it would do an Israeli prime minister little good to take bold steps for peace if the result was the collapse of his government. This is why the United States is better off seeking to strengthen the prime minister through political support and joint action against regional threats. The stronger his position, the more leeway he likely has to engage in long-term thinking.

Enhancing the value of a peace deal is also complicated with respect to Israel. The Palestinians have little to offer Israel, and even international financial and military guarantees are unlikely to be viewed by Israelis as compensating for the risks involved in ceding territory. This is why past U.S. efforts to plan for Israel’s post-peace security—led by Gen. Jim Jones and then Gen. John Allen—failed to move the needle on negotiations. Israel welcomes such efforts on their own merits, but does not see them as remotely offsetting the advantages of an Israeli military presence in the West Bank. To the extent the United States can improve the value of a peace deal in Israel’s calculus, it is likely in three ways. First, by securing commitments by Arab states to improve ties with Israel in the wake of a deal; and second, by ensuring those states and others, like the EU, commit to supporting a Palestinian state in ways that reduce the risk that it will fall into chaos or into the hands of extremists. Finally, it is vital that the United States press European and other states to support Israel when it is attacked now from territory previously vacated, such as Gaza and southern Lebanon, if international guarantees of a future peace deal are to carry any credibility. A deal would likely also be undergirded by American defense guarantees, but realistically U.S.-Israel military ties will continue to deepen with or without a peace deal, given the serious regional threats the two countries face in common.

In parallel with steps designed to open a ZOPA, such as those above, the United States should encourage both sides to take actions to signal the other side regarding their own intentions, as well as to reverse the deep cynicism about peace that grips both populations. Countless specific “confidence-building” proposals have been offered along these lines; what is important is the effect that they achieve. Israel must signal recognition that it is ready to yield territory in the West Bank, for example, by limiting settlement activity. Also, Israel must be willing to loosen its control of Palestinians’ lives, for example, by allowing for the expansion of Palestinian economic activity. Palestinians, for their part, need to indicate an acceptance of Israel’s permanent existence as a Jewish state and a readiness to end their conflict with Israel by ending the lionization of terrorists and the teaching of hate. Palestinian leaders should also signal a readiness to govern responsibly by fighting corruption and building a functioning state, even prior to a peace agreement, which would also serve them well should Israel ultimately opt for unilateral withdrawal.

In business, few would dispute that negotiations are of little use if one party’s minimum price exceeds the other’s maximum. Yet in both business and diplomacy, that need not be the end of the story. By taking steps away from the negotiating table to enhance a deal’s value—or worsen the other party’s alternatives—conditions can be created for talks to succeed in the future. This is where President Trump should begin: by asking how to create the possibility of an agreement, rather than worrying too much about what such an agreement would look like. The actions involved in doing so not only hold better long-term prospects for fostering peace than any summit or conference, but will advance American interests whether or not peace is achieved in the next four to eight years.

Michael Singh is managing director of the Washington Institute for Near East Policy.