How to Break the U.S.-Saudi Deadlock 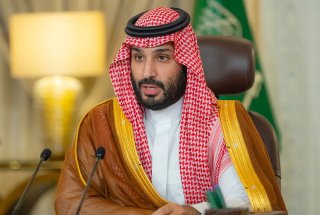 The United States and Saudi Arabia have experienced numerous periods of cordial and tense relations ever since President Franklin D. Roosevelt first met with Saudi king Abdul Aziz Ibn Saud in 1945. During their meeting aboard the USS Quincy, they discussed the future of Palestine and came to an agreement in which America would provide security guarantees to the kingdom in return for access to affordable energy supplies. Those specific themes have continued to dominate Middle Eastern politics, giving the kingdom an opportunity to play an outsized role in international affairs.

The 1973 Yom Kippur War was followed by an international oil crisis in which members of the Organization of Arab Petroleum Exporting Countries (OAPEC) used oil as a weapon to coerce Israel and its Western allies. The pain caused by the oil-exporting states, coupled with new economic and diplomatic efforts, helped bring that episode to an end. Following the oil crisis, the United States and Saudi Arabia enjoyed burgeoning military and financial cooperation against Soviet influence, notably in Afghanistan throughout the 1980s, before another nadir in bilateral relations after the September 11 attacks.

Saudi concerns with U.S. policy have multiplied since the U.S.-led intervention in Iraq, which left the door open to Iranian influence, to include apoplexy over the Obama administration’s support for revolutionary change in Egypt, inaction during the Syrian conflict, and the vigorous pursuit of the Joint Comprehensive Plan of Action (JCPOA) with Iran. The Obama administration was to be “waited out” by the kingdom. Public opinion and mounting congressional opposition have also had a moderating effect on relations, notably resulting in the passing of the Justice Against Sponsors of Terrorism Act in 2016.

Recent White House concerns with the kingdom have tended to revolve around its human rights record, the Yemen conflict, and the Khashoggi murder, all within the context of U.S. support for the defense of the kingdom and other Gulf Cooperation Council (GCC) allies. The Biden administration has gone back to basics by focusing on alliance maintenance and management, but it has yet to make any significant gesture to bring Saudi Arabia back into the pro-Western fold. Prince Khalid bin Salman, the brother of Crown Prince Mohammed bin Salman (MBS) and deputy minister of defense, held top-level meetings with the Biden administration in July 2021, possibly as a precursor to a visit by MBS to Washington. He left Washington early after making little headway. Subsequently, a visit by Secretary of Defense Lloyd Austin failed to materialize in the fall of 2021. Instead, Riyadh concluded a military agreement with Russia in September 2021 and moved forward in building its own ballistic missiles with Chinese assistance. MBS also toured the GCC states to encourage sub-regional solidarity in the lead-up to the forty-second GCC summit in Riyadh on December 14, 2021.

The Russian invasion of Ukraine in early 2022 has brought U.S. energy calculations to the fore, especially given the mid-term elections in November, but the kingdom has been eager to maintain its OPEC+ production agreement. MBS was not included in a phone call between President Joe Biden and King Salman asking for more assistance on oil supply issues. Instead of replicating President Donald Trump’s successful strategy of asking the kingdom to adjust its oil supply or lose U.S. military support, the Biden administration has recognized that after the Afghanistan withdrawal, any further perception of a U.S. withdrawal from the region could reinforce Arab Gulf relations with Russia and China, both of which have attempted to establish a presence in the region. The White House has therefore been forced to dip into its strategic oil reserve to help cut gas prices.

CIA Director William Burns met with MBS in April this year in an attempt to mend fences. There is no sign that MBS is listening, and the crown prince is on record as saying, “simply, I do not care” if President Biden misunderstands something about him. Countries that have pushed Saudi Arabia to engage on human rights, such as Canada and Germany, have experienced stonewalling and interruptions in diplomatic and economic activity. The crown prince’s calculus might be that the Biden administration can also be ignored or waited out until 2024. That would be a risky strategy.

It is true that U.S.-Saudi bilateral relations are also being undermined through other structural issues, such as the reorientation of the Saudi Public Investment Fund inwards and a relative lack of Saudi diversification. The kingdom is also increasingly looking east at growing energy markets in China and India. Saudi Arabia sells about a quarter of its oil to China, a country that has a comprehensive strategic partnership with the kingdom and maintains “high-level cooperation” with Saudi Arabia on energy. Xi Jinping could visit the kingdom by May 2022, after which Saudi Arabia may allow China to pay for its oil in yuan rather than U.S. dollars. But the kingdom is up against a Vision 2030 deadline for tangible results, which are needed to garner national attention and boost MBS’ political legitimacy ahead of his accession to the throne. Increasing U.S. trade and investment is necessary to do so, adding the greatest urgency to resolving the current U.S.–Saudi impasse.

In the same way that renewed economic and diplomatic efforts eased tensions following the 1973 oil crisis and the September 11 attacks, a similar approach, coupled with a fresh military package to assuage Saudi concerns about ongoing Houthi attacks and Iranian influence, could play an important role in resolving the current impasse. The best bet, however, would be to build on ongoing Saudi–Iranian diplomacy aimed at ending the Yemen war and building a more sustainable regional security mechanism. The future of the relationship and the neoliberal international order lies as much in the Iranian nuclear agreement and its return to the international oil market as it does in other points of U.S.–Saudi contention. The political deadlock can be broken, but U.S.-Saudi relations look set to be far more transactional and cautious than they have been previously.

Dr. Robert Mason is a Non-Resident Fellow at the Arab Gulf States Institute in Washington. Follow him on Twitter @Dr_Robert_Mason.