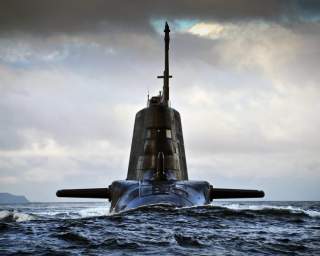 For sixteen years, from 1957, when six nations—France, Germany, Italy and the Benelux countries—signed the Treaty of Rome, until 1973, Britain was not a member of what was then called the European Economic Community. It managed to recover from World War II, albeit slowly, while at the same time “the Six,” as they were called, essentially assured the continent that war could no longer break out between France and Germany, as it had in 1870, 1914 and 1939.

For six more years, from 1973 to 1979, when Margaret Thatcher moved into 10 Downing Street, Britain endured a sluggish economy, a weak pound and trade unions that had a stranglehold on its economy. Membership in what by then came to be called the European Communities resulted in no appreciable improvement to the lives of ordinary British citizens. It was those citizens, who recalled the pre-Thatcher years when Britain belonged to the EU, as it renamed itself in 1993, that provided the bulk of those voting for Brexit in Thursday. They were accompanied by others, of course, especially residents of the Midlands and the north of England, the “rust belt” of the British Isles. In any event, the lesson of the three-plus decades from 1957 onward is that Britain did not gain appreciably from being in or out of the European Union.

There is no way of knowing what the economic ramifications of Brexit might ultimately turn out to be. In accordance with Article 50 of the 2007 Lisbon Treaty (which came into force two years later), Britain has two years to withdraw from the EU. When those two years actually commence is not at all clear, since the treaty simply states that membership “shall cease to apply to the State in question from the date of entry into force of the withdrawal agreement or, failing that, two years after . . . notification,” without specifying a timetable for notification. Moreover, the treaty also provides for the European Council, “in agreement with the Member State concerned,” to unanimously decide to extend the two-year deadline. In other words, it is not at all clear when Britain actually would withdraw, and under what terms. Since, for very different reasons, both Britain and the EU would want to minimize the impact of withdrawal—Britain to mitigate any negative economic ramifications of Brexit, the EU to forestall any unraveling of the European project—all that can be forecast at this time is a protracted negotiation that could take many years to finalize.

There is, however, a more immediate national security concern arising out of the Brexit vote, with ramifications for Britain, NATO and the United States. The Scottish National Party, which has led to call for Scottish independence, and which both supports membership in the EU and opposes NATO membership, may well seek a new referendum prior to the completion of British negotiations with Brussels. Should a referendum be held, and Scotland vote to leave the United Kingdom, the submarine base at Faslane may no longer be available to the Royal Navy, while the United States would find that it no longer would have access on an emergency basis to Faslane. For Britain, that will mean a search for a new submarine base, which could be a costly endeavor that could undermine other British defense programs, unless the cost of constructing a new base, for example at Devonport, is offset by the net savings for Westminster from breaking with Scotland.

Until such a new base is completed, if construction is undertaken in the first place, Washington could no longer assume that, if needed, the U.S. Navy could operate out of Faslane, as it did from the base at Holy Loch until 1992, when the Cold War was no more. With the reemergence of an aggressive Russia, and the renewed importance of what during the Cold War was termed the Greenland-Iceland-UK Gap, which ran through Scotland, the inability to operate from Faslane would be a major cause for concern for Washington, London and, more generally, NATO.

Any negotiations over Scottish independence might well move along a parallel track to what are likely to be lengthy Brexit negotiations with Brussels. Indeed, the Scots have said they would not insist that Britain depart from Faslane until 2020. Washington and London therefore have some time to consider how to mitigate the potential impact of Scottish independence on their common force posture. One possibility could be the basing of British Tridents at King’s Bay, Georgia, which houses the Atlantic Fleet’s Trident force. Doing so would facilitate the redeployment of additional American Tridents to the Third Fleet on the West Coast, as part of the much-heralded pivot to Asia.

Another possibility would be to pay the Scots for both British and American use of Faslane, much as Washington pays for some of its overseas bases elsewhere in the world. Given the negative economic impact of Scottish independence—the movement gained steam when oil was roughly twice its current and projected price, and, as noted, Edinburgh would no longer benefit from English subsidies—the Scots would certainly need an influx of funds to keep their government afloat.

Nevertheless, it is critical that the Pentagon and the Ministry of Defense quickly begin the process of developing a Plan B for their respective forces should Scotland actually secede from the United Kingdom. Four years will pass very quickly, and the details of a Plan B will require considerable time to be hammered out. Defense planners should recognize that for too long, policymakers in Brussels and London buried their heads in the sand regarding Brexit, assuming incorrectly that, at the end of the day, the British public would never vote to leave the European Union. The pundits and the polls validated those assumptions, and both were wrong. British and American military planners and their civilian overlords should take heed of that reality when considering whether to believe those pundits and pollsters who will assert that Scotland could “never” leave the United Kingdom.