How Brexit Could Poison the British Political Agenda for Years 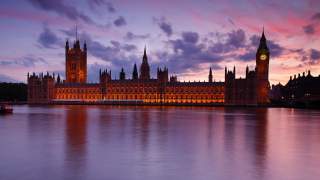 Many maybe most of the 27 EU nations classify the crises confronting Europe as an existential question defining which Europe we will see emerge over coming decades. A Europe in conformity with values crafted since the Renaissance or a different Europe hijacked by political forces thought extinct on the old continent? They may disagree on many points, but fundamentally they agree that without the EU they would not stand any chance of finding a way forward. Europe and individual nation-states would become irrelevant.

The decisive element in the negotiations dominated by terrifying technical questions is in fact quite simple: Can and will Britain convince the EU that it leaves the Union, but not Europe? Declarations are not enough. Only by actions and deeds of tangible character will this be taken seriously. Does Britain share the worldview with the continental Europeans and fathom threats to Europe and policies to counteract them like the 27 members of the EU? The more Britain leans increasingly towards the United States and starts to probe how far it can neglect EU treaty commitments, while still formally a member, the less likely it is that the EU will offer concessions.

Theresa May and her government’s rhetoric does not resonate with this and if it translates into policies and negotiation stance, it will block any attempt to forge a “good” Brexit agreement.

Assuming that Britain does not stay in the single market and the customs union, it needs to enter the WTO which it left in 1973. Theoretically, nothing stands in the way of trading with other countries as a non-WTO member but without reciprocal tariff reductions and the dispute settlements mechanism the going will be tough.

There are many estimates of how long it will take to acquire membership. Surmised is that with some goodwill it could be done in a couple of years. This points to 2022 as the earliest moment to enter the fray in what really matters after Brexit: Negotiate free trade agreements (FTAs) with non-EU members of the WTO assuming that trade relations with the EU are covered by a Brexit agreement. If not, Britain might also have to negotiate an FTA agreement with the EU inside the WTO framework.

Reading the mass media, an outsider gets the impression that the British government takes the view that it bestows a favor on other countries offering FTAs and postures as a herald and defender of free trade surrounded by a large numbers of semi-protectionist countries, among which, one supposes, Britain places its erstwhile companions in the EU and the Union itself.

The reality may turn out to be somewhat different. The large majority of potential FTA partners know that a strong argument behind Brexit was to restructure trade away from Europe to high growth countries around the world. There is no altruism in politics and terms offered would reflect this. Partners would act like the Godfather movies “giving Britain an offer she cannot refuse.” They can do without an FTA; Britain cannot.

The financial sector accounts for 10–12 percent of the UK’s GDP and a prime British objective will be to enhance its role or at least defend its place in global finance. Those Britain negotiates with will spot an opportunity to cut a slice of this lucrative business, squeezing Britain where it hurts most.

A country can choose to go alone. There will be an economic price and we will have to wait a couple of years to know its size in the British case.

The core is, however, not economics but politics. In a globalized world the notion of sovereignty is to avoid a conflict between international rules and domestic politics in which domestic politics normally comes off second best. In the EU, sovereignty is pooled (not given away) to co-author rules (act offensively) with other member states pursuing analogous political goals. Countries doing so gain leverage and enhance control over their destiny.

Defining and defending sovereignty as a bulwark against the outside world, closing the door for what a country does not like (act defensively), amounts to presenting the rest of the world with the opportunity to write international rules in conformity with their interests. In reality, “take back control” is equivalent to handing control over to other countries with which Britain has no rule-based links.

Judged on what we know about the British government’s policies, the most likely spring 2019 picture is: Britain leaves the EU without any agreement, no willingness to extend the two year deadline, the treaty and EU regulations cease to apply, no membership of the WTO and no FTAs with any country around the world. There is one word for such a scenario: chaos. Add to this a determined Scotland reconsidering independence and possibly Northern Ireland doing the same and the hair stand on end.

Joergen Oerstroem Moeller is a Visiting Senior Fellow at the ISEAS Yusof Ishak Institute, Singapore. He was the State-Secretary from 1989-1997 in the Royal Danish Foreign Ministry.