How to Build a Better Balkans 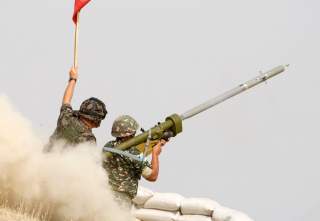 Pouring investment into the Western Balkans won’t make it a better place without responsible governance. The administration has largely put an end to previous White House policy of promoting and imposing progressive social policies on the region and interfering unnecessarily in the domestic politics of sovereign nation states. These activities were more destabilizing than helpful in engaging with the region’s largely conservative societies. That’s a good start, but it is not enough. The United States must now focus constructively on the elements of governance that affect economic freedom—including combating corruption, strengthening rule of law, and reducing public sector employment, taxation and debt.

The United States has to continue to implement a global strategy that presses strategic competitors—including Russia, Iran and China—to end destabilizing foreign policies that injure U.S. interests. Putting pressure on these competitors will help take pressure off the Western Balkans.

Finally, America first does not mean America alone. The United States and the EU ought to have common cause. Croatia, Hungary, Romania, Italy, Austria, Germany and Greece ought to be working closely with the United States. The states of the Gulf Cooperation Council ought to see an opportunity to partner in a constructive manner. Turkey ought to recognize that this path forward is better for Ankara’s security and economic interests. Ultimately, even Russia and China would find that a free, stable and prosperous Western Balkans gives them a better return as a place to make an honest buck than as an impoverished market within their sphere of influence.

Image: Macedonian soldiers fire an anti-aircraft missile with the Russian-made Igla ground-to-air launcher, supervised by a Slovenian military instructor, during a live fire exercise on September 12, 2008 at the Krivolak training ground, some 120 km (75 miles) southeast of Skopje. REUTERS/Ognen Teofilovski (MACEDONIA)