How Cheap Oil is Changing the Gulf 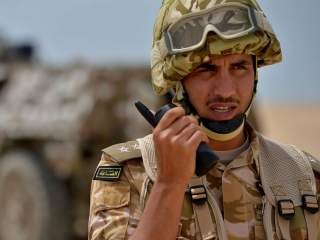 As President Obama prepares to travel to Saudi Arabia for a regional summit, several of the rulers he will meet are contending with dramatic changes at home. Plunging oil prices and soaring deficits are compelling Gulf countries to upend their decades-old social contract. In a region where government largesse has long ensured popular support, Saudi Arabia and others are implementing spending cuts and economic reforms, slashing subsidies for scholarships and building projects, and preparing to impose new taxes on citizens unaccustomed to paying them. The cuts haven’t (yet) constrained foreign policies of the region’s most active nations—Saudi Arabia, the United Arab Emirates and Qatar—but could soon.

Many nations cut foreign programs and assistance when funding is tight. Saudi Arabia cut its 2016 budget by $30 billion but increased its defense budget to nearly $57 billion—making it the world’s third-largest spender on defense, which now accounts for a quarter of Saudi government spending. The kingdom has other such expenses: the Saudi-dominated Arab coalition fighting in Yemen has cost hundreds of millions of dollars a month. Riyadh recently hosted twenty Muslim countries’ forces for “Northern Thunder,” a massive military exercise whose troop numbers were reported by some to stretch into the hundreds of thousands. Meanwhile, King Salman recently returned from Egypt, where he announced plans for Saudi to build a massive Red Sea bridge connecting Egypt and Saudi Arabia, was awarded two Red Sea islands and reportedly signed more than $20 billion in deals to finance Egypt’s petroleum needs for five years under generous terms, while also investing in Egypt’s Sinai region, among other projects.

Some see a disconnect between the Saudis’ austerity at home and activism abroad and wonder whether Gulf countries, so mindful of their internal stability, should worry about a backlash. But Saudi Arabia’s heightened activism in the region may be fueled—rather than constrained—by domestic concerns.

In the Gulf countries’ telling, they are besieged by Iran and its proxies beating back an Islamist wave and doing so at a moment when—despite concrete U.S. assurances, massive arms sales and military help against the Houthis as well as ISIS—many perceive the United States to be withdrawing from the region. In this context, Saudi Arabia’s decision to go full-throttle simultaneously on regional assertiveness and economic transformation reflects a sense of urgency.

For King Salman and Deputy Crown Prince Mohammed bin Salman, his defense minister, the military campaign in Yemen, where a fragile ceasefire is faltering, provided a way to rally domestic support for a unifying cause at a moment of political and economic flux. Elsewhere in the Gulf, the conflict has helped forge a sense of national mission for Emiratis. The United Arab Emirates, Qatar and Kuwait have instituted forms of military conscription, in part to strengthen national identity among their people.

Middle East expert Karen Elliot House noted last month that “what frustrations people have internally are being turned not against Saudi Arabia, but against Iran." Animus toward Shia Iran is a concern that unites Saudi rulers and their predominantly Sunni subjects, who fear that Tehran’s long reach will extend not just to Beirut, Damascus or Baghdad, but into Sana and the Shia communities of eastern Saudi Arabia.

One danger of oil prices low enough to keep Gulf countries running deficits is that political incentives may emerge to stoke the sort of anti-Iranian and sectarian sentiments that flared in January, after Saudi Arabia’s execution of Shia cleric Nimr al-Nimr and the assault on the Saudi embassy in Tehran. Indeed, last month Gulf countries formally labeled Hezbollah a terrorist organization.

But if low oil prices persist for years, as some predict, that would eventually force a financial reckoning. Saudi Arabia has more than $600 billion in sovereign wealth, but the International Monetary Fund warned in October that, without more revenue and lower spending, Riyadh could go bankrupt by 2020. Smaller nations such as the UAE and Qatar have a significantly greater cushion but risk undermining their intergenerational compact by depleting sovereign wealth earmarked for the future.

Saudi Arabia’s decision to halt its $4 billion aid package to the Lebanese government appears to have been driven by irritation at Beirut’s tilt toward Tehran. But it could also prove a harbinger of things to come. So, too, could Qatar’s decision to end its lavishly funded Al Jazeera America network and slash jobs from the Doha-based flagship organization. If the well of Gulf assistance dries up even a little, implications for the region will be felt everywhere, from Jordanian refugee camps, to the central banks of poorer Arab neighbors, to civil war–torn nations that will look to Gulf investment for massive rebuilding should the fighting stop. One potential test case is Egypt, whose economy has required several billion dollars from the Gulf just to stay afloat since mid-2013—and, given its ongoing macroeconomic challenges, may yet require even more than was promised during King Salman’s trip.

In a recent interview, President Obama spoke of the need for Saudi Arabia and Iran to “find an effective way to share the neighborhood and institute some sort of cold peace.” Should fragile ceasefires defy the odds and eventually hold in Syria and take root in Yemen, that would represent a meaningful step toward lowering the temperature on the region’s sectarian conflicts. And there’s reason for some hope that if low oil prices continue into next year and beyond, they could create a fiscal imperative that trumps domestic politics and contributes to a lowering of Saudi-Iranian tensions. Of course, Iran, which has done its part to raise regional tensions, gets a vote as well. And Iran is engaged in its own fiery domestic debate over guns-versus-butter; in Tehran’s case, it pits the Revolutionary Guard’s ballistic-missile tests against political leaders’ desire for growth via sanctions relief, and goes all the way to the Supreme Leader himself.

Even if prices rebound somewhat from recent lows, Gulf nations will face pressure to get their fiscal houses in order. But the reasons Gulf countries have chosen guns over butter may prove more powerful in the short term—and make the region more volatile in the process.

Daniel Benaim has served as a Middle East advisor and foreign policy speechwriter to the Vice President, Secretary and Deputy Secretaries of State, and the Chairman of the Senate Foreign Relations Committee. He is currently a Council on Foreign Relations International Affairs Fellow at the Center for American Progress and a visiting lecturer at New York University. He tweets at @danielbenaim.