How China Has Created Its Own TPP 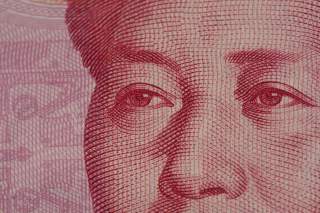 We’ve heard repeated attacks during the presidential campaign against the Trans-Pacific Partnership (TPP), the commercial treaty signed by the United States, Canada, Australia, New Zealand, Japan and seven additional countries from Asia and Latin America. Much of the opposition—and even the occasional support—has focused on China.

Supporters of the proposed treaty see it less as an economic accord and more as a strategic accord, necessary to contain China. Opponents see it as a threat, another bad trade deal which, after ratification by the U.S. Senate, might embolden signatories to let China in through “the back door,” resulting in new calamities for American workers.

The truth is: Both views are wrong—and for the same reason. TPP will do little, if anything, to slow the growth of China’s economic and political power. And it will have little effect on American workers. The reason: because TPP is irrelevant to China. They don’t need to be involved.

As Kim Iskyan, founder of Singapore’s Truewealth Publishing pointed out in a revealing analysis, China wasn’t sitting on its hands during the eight-year period in which TPP was being negotiated (2006-2014.) It was enhancing its economic ties to the Asia-Pacific region and building a strong trading network of its own.

Today, while U.S. politicians are busy running from and against the Trans-Pacific Partnership, China already has free-trade agreements (FTAs) with nine of the twelve TPP signatories. While the United States was talking, China was acting, completing agreements with Australia and Chile in 2006, New Zealand and Singapore in 2008, Peru in 2009, and the Association of South East Asian Nations (ASEAN)—which includes TPP members Brunei, Malaysia and Vietnam—in 2010.

Chinese investment in the region also has skyrocketed, Iskyan notes, increasing more than 350 percent among the ASEAN nations alone from 2006 to 2014.

While U.S. politicians are debating whether TPP is the best way to contain Beijing or a Trojan horse of Chinese economic imperialism (even though China isn’t even part of the treaty), the Chinese have created their own TPP and they’re busy expanding it.

The ties go well beyond trade and investment.

China also is building new links to their trading partners—physical links, including airports, roads and ports—providing everything from the concrete, steel and labor to the financing to pay for them. As Harold L. Sirkin, a senior partner at the Boston Consulting Group, wrote in Forbes, China’s “Belt and Road” initiative—the name of the ambitious $1 trillion program—will strengthen China's ties to other nations, while the United States is in apparent retreat. Sirkin concludes: “The United States can do everything that is necessary to successfully compete in tomorrow’s world or we can go into decline. If we become a trade prima donna,” he warns, “we open the door to the Chinese, who are ready, willing and able to fill any void we create.”

Don’t look, but it may already be happening. According to the World Bank global trade accounts for some 58 percent of world GDP. In North America, the equivalent figure is 31 percent of GDP.

The U.S. presidential campaign features politicians on both sides whose trade policies—if that’s what they can be called—are mired in misinformation and ideological fabrications. That’s the real threat to American workers.

If there’s any solace to be taken, it’s the fact that the United States already has twelve free trade agreements with Latin America that will be very difficult to undo if the next president feels the urge or the pressure to “renegotiate” them.

One wonders how long it would take a country like China to become the region’s dominant economic power in this sort of environment. More than ten percent of Latin America’s exports already go to China and almost eighteen percent of its imports originate in that country.

That a communist dictatorship should be giving the land of Thomas Jefferson lessons on free trade is one of the paradoxes of these confusing times.

Alvaro Vargas Llosa is a Senior Fellow at the Independent Institute, Oakland, Calif. His latest book is Global Crossings: Immigration, Civilization and America.