How China and Russia are Teaming up to Degrade U.S. Influence in South America 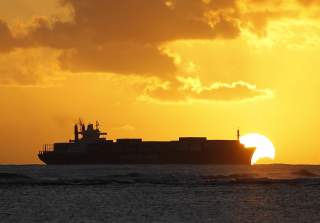 A July 2017 meeting between President Xi Jinping of China and Prime Minister Dmitry Medvedev of Russia laid the business and political foundation for China’s Arctic Route to link with its Belt and Road Initiative (BRI) that includes a technological, strategic partnership with Russia in the Arctic; the partnership ultimately seeks to unite the two nations in the western hemisphere through Nicaragua’s ongoing construction of a replacement to the Panama Canal.

In the early 2000s, global maritime trade saw unprecedented growth when China became a main trading partner of developed and developing economies alike. The Arctic Route and BRI create a geopolitical scenario where China and Russia establish a solid foothold in Nicaragua and then another foothold in South America via Chinese investor Wang Jing’s company, HKND Group. Jing’s company was licensed by President Daniel Ortega in 2013 to build the canal and was given a fifty-year concession on its operation. The Nicaragua canal will be “three times as long and twice as wide” as the Panama Canal, creating a new shipping option between China and America’s East Coast.

The BRI along the historic Silk Road route involves sixty-five countries with 4.4 billion people affected and 30 percent of the world’s GDP. Beijing’s investment will total a trillion or more dollars. A typical project of the BRI is the Sino-Pakistan Corridor (CPEC) totaling roughly $62 billion. If the BRI connects with the Arctic Route, then it is a win-win in economic cooperation like the Shanghai Cooperation Organization (SCO), which brought clashing neighbors India and Pakistan together for peaceful development. This typifies China’s policy of stability through cultural and social integration while understanding there isn’t prosperity without security.

Once China connects the two projects with Russia, then both countries will have the ability to influence the Arctic Council and Europe, thus diminishing the power of the United States and NATO. Also, lessons learned in the Arctic can be applied to Nicaragua because there is a peaceful aspect to developing the maritime portion of BRI through the Arctic by “diversifying trade routes involving neighboring states in port projects and scientific research.”

China wants to move goods through the Arctic to Europe, which would reduce shipping distances 20–30 percent, cut down on the amount of fuel required to move the goods and decrease shipping emissions. Since 90 percent of Chinese goods are transported by sea, the anticipated reductions represent larger savings and bigger profits for domestic and foreign firms. In mid-November China launched the Xuelong icebreaker (Russia has two nuclear icebreakers) via the Northwest Passage in the Arctic to assist with linking BRI to the Arctic Route. This allows China to leave the Dalian port and arrive in Rotterdam in two-thirds the time.

There are three viable routes in the Arctic: the northeast route, the northwest route and the “north-north” route, which crosses the poles. Financially and geopolitically is where these routes find a Russian-Chinese intersection because the absence of infrastructure along with hostile weather makes the Arctic Route an expensive proposition—especially since the three routes can only be used four months out of the year. The north-north route remains inaccessible until 2050 according to scientific consensus making the other routes even more expensive.

But these routes for Russia—and China, particularly—are invaluable. As an example, the Suez Canal, which is how China now reaches Europe, takes twelve thousand nautical miles versus the Northwest Passage, a route that cuts the journey to less than seven thousand nautical miles. The opportunities are tremendous, which is why Beijing is investing in overseas ports as witnessed by China’s first foreign base in Djibouti (important to the United States and China due to the strait of Bab-el-Mandeb locality) and infrastructure at an unprecedented rate. Anything China can do to reduce shipping time and increase profit using Russian assistance will be a central node of the connection between BRI and the Arctic Route.

Russia will likely learn from and acquiesce to China in Latin America due to the advantages of the Nicaragua canal and what Beijing is undertaking economically and politically in the region. But China will learn from Russia in the Arctic and gain the ability to exploit hydrocarbons and other natural resources with glaciers now melting at a rapid pace. With Russia’s ability in the Arctic and China’s need for resources and finances to sustain expensive infrastructure this titanic project of linking both routes will be offered as an alternative to the United States post–World War II order. That means countries will be able to choose between working with the United States or a Chinese-Russian economic bloc that is keen on doing business and geopolitics at the same time.

The viability of a gargantuan canal in Nicaragua since the Panama Canal recently completed a $5.2 billion upgrade seems foolish, but not when you consider the Chinese position that gives them new shipping and canal technology while learning how to reduce research and development costs. Although some people believe the Nicaragua canal is a pipe dream, China sees it as a means to ease congestion in the western hemisphere, create new economic opportunities, shorten journeys and build pipelines, railway lines, fiber-optic cables, telecommunication lines and other infrastructure.

China wants secure routes for its goods and Russia wants to be a global influencer by using Russian oil companies and state-run banks as a credit line to struggling South American nations. Through the massive infrastructure projects that the Nicaragua canal represents, China and Russia can connect different regions of South America and push out U.S. political influence through peaceful, economic ways. According to the London School of Economics United States Centre, China’s four interests in Latin America are: securing resources, acquiring political and economic support in regional and international forums, encourage nations to recognize China instead of Taiwan, and opening new markets for Chinese goods.

Strategic investments, security and the ability to project power economically, politically and geopolitically with financial undertones are the reasons for why China and Russia will link arms in the Arctic to gain a foothold over the United States in South and Central America—and possibly the Caribbean. Investment and connectivity are the visible goals of the BRI and Arctic Route, but connectivity to the Nicaragua canal into the western hemisphere seems to the ultimate gain for China and Russia’s increased trade relationship.

Image: A cargo ship cruises as the sun sets at Ala Moana beach ahead of the Asia-Pacific Economic Cooperation (APEC) meeting in Honolulu November 7, 2011. Leaders of major nations bordering the Pacific will meet from Wednesday to Sunday in Hawaii to discuss building a regional free trade area and an environmental initiative to help spur world economic growth. REUTERS/Yuriko Nakao