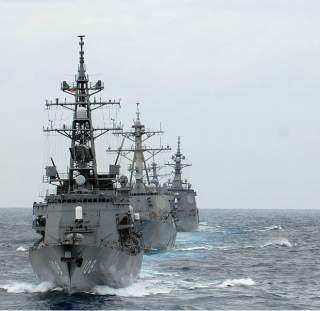 The arbitration panel’s ruling against China on July 12 was a stinging blow to China’s international prestige. China advanced a narrative that it had historic rights to nearly all of the South China Sea (SCS) and that it could prevent states like the Philippines and Vietnam from fishing in their Exclusive Economic Zones (EEZs) and drilling for oil near their coasts. China also maintained the right to engage in island building and fishing practices which caused severe damage to the marine environment. Since these activities occurred inside of its nine dash line claim. China felt justified in these “internal matters” and told its neighbors in almost evangelical terms that the SCS is their patrimony and that no country or international body has a right to mess with their domestic affairs. On all these counts, the tribunal disagreed and issued a strong rebuke of China’s activities and has been lashing out against a variety of countries including the United States, Australia—and most importantly—Japan.

The positive signs that China was moving past the ruling have been overtaken by a number of very disturbing trends which, regardless which path China ultimately takes, puts it on a collision course with Japan, the United States or perhaps a much broader group of states. Unless something dramatic emerges as a result of the secret conclave in Beidaihe, China seems intent on settling scores with those states responsible for its legal embarrassment and loss of face in ASEAN. Japan now seems to be the likely candidate even though it is an East China Sea (ECS) power. Japan warned China’s ambassador twice in the past week that relations between the two countries were “deteriorating markedly.”

Immediately after the July 12 ruling the Chinese Ministry of Foreign Affairs issued a detailed repudiation declaring that the ruling was “null and void,” “has no binding force” and “China neither accepts nor recognizes it.” The Chinese state media declared the permanent court of arbitration a “puppet” of external forces and that “China will take all necessary measures to protect its territorial sovereignty and maritime rights and interests.” In addition to that harsh criticism:

It is hard to imagine what is likely to happen next in the high-stakes poker game being played out in Asian waters. It is somewhat curious that China is lashing out at Japan given that the Senkaku or Diaoyu issue has been rather quiet until recently and the SCS is China’s current problem. Regardless, taking into account what has happened to date and where China believes that it has leverage, there are two possible ways in which China might lash out against Japan: in a military capacity, economic capacity or both.

Possible Military Moves by China In The Senkaku

The statements by China’s Chief of the Naval Staff and their military activity near the Senkakus suggest that China is employing tactics of intimidation to get Japan to back away from its recent statements. It may also be the case that the presence of swarming vessels, in and around the Senkakus, and the North Korean missile shot (presumably with tacit PRC approval) suggests that China is trying to goad Japan to militarily respond or back off its claims.

The Senkakus has always been the powder keg of Asia because it features the two leading powers in Asia: one ascending and one arguably on decline competing on the world stage. Both are rivals for dominance over a tiny scrap of land and associated maritime space which, given the implications for access to fisheries and oil and gas, is not irrational. This is ironic because the Tribunal decision in China v. the Philippines takes away much of the incentive for the two states to fight over these rocks since they would be enclaved within the continental shelf of most likely Japan. (See: Fixing the Senkaku/Diaoyu Problem Once and For All.)

China would do well to revisit its strategic objectives especially because the United States declared, in April of 2014, that Japan is the lawful administrator of the islands and within the scope of Article 5 of the 1961 Mutual Defense Treaty. The reaffirmation of solidarity between United States, Australia and Japan in the July 25 trilateral declaration likely provides Tokyo the fortitude it needs to military respond if China continues to operate provocatively near the Senkakus.

Another important point this calculus is President Abe. Abe has stated in 2015 that Japan is a “maritime state” and can “only ensure its own peace and security by actively engaging in efforts to make the entire world a more peaceful and secure place.” Japan’s record 2016 military budget of roughly $42 billion is further evidence of that goal. Japan has a combatant fleet of 131 vessels including three aircraft carriers, forty-three destroyers and seventeen submarines using front line U.S. tactics and systems. China has substantially more hulls (and submarines) but most naval analysts interviewed by the author cite the excellent Japanese submarine force as likely game changers.

More important is the will to fight. Japan has been greatly increasing its military spending even though its economy has been in the doldrums. According to the OECD, “output growth has been slowed by a drop in demand from China and other Asian countries and by sluggish private consumption.”

The point of this is that if Japan is pushed to the point that it must militarily respond, it has three valid reasons for using instant and overwhelming force now. First, Japan’s economy is too fragile to become involved in a protracted war with China. It needs to win fast and win big to reestablish economic dominance within Asia. If China is not dealt a mortal blow and forced to capitulate, it will use its economic leverage to coerce states to suspend trading with Japan. Japan’s trading economy cannot easily weather a suspension of its trade relations—even if the United States and Australia remain in their corner. Second, Japan cannot win a military war of attrition with China: it suffers from a lack of hulls, aircraft, personnel and production capacity. Like Israel did in 1967 (when it launched its six-day attack on Egypt, Jordan and Syria), it needs use its current qualitative advantages to deliver a massive blow to Chinese maritime and air forces to dissuade Beijing from further military incursions in the ECS. In a few years, the military edge could shift to China because of its massive building plans. Third, Japanese domestic politics today would likely support a massive strike. This starts with Japan’s new self-defense law which entered into force in March of 2016 and allows Japan to engage in limited coalition warfare. Also, a 2012 public opinion poll by the Cabinet Office shows a nosedive in Japanese attitudes towards China. According to a 2013 paper by a Stimson Center Analyst, Chinese economic ascendancy has been a source of friction as has been the influx of Chinese citizens into Japan members of the workforce or as tourists. People complain of the increases in crime by Chinese living and working in Japan [and] bad manners by Chinese tourists. Finally, the Japanese public is extremely well read and are likely becoming unnerved and physically threatened by the constant scrambling of Japanese fighters (two hundred times in April–June) to intercept Chinese aircraft, ballistic missile tests by China’s “puppet” in Pyongyang, and live fire exercises in the Senkakus.