How China Views the Taiwan Problem 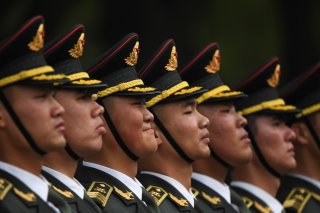 In addition to security concerns, Taiwan is of extremely important strategic value to the world economy and trade, as the Taiwan Strait is one of the world’s busiest sea channels and is the main channel for shipping Asian manufactured goods to the West. Bloomberg data show that nearly half of the world’s container fleet and 88 percent of vessels of the largest tonnage this year will go through this channel. Developed Western countries are concerned that China will take the opportunity to control the shipping lanes around Taiwan and affect global trade flows by controlling sea shipping. Given Taiwan’s strategic geopolitical significance, it easily becomes a fulcrum in the great power game and may even be the catalyst of a world war. Only by removing this trigger can there be peace and stability in the region.

We believe that the aforesaid thinking is parochial and short-sighted, and disregards China’s national interests. Realizing complete reunification in a peaceful manner is in China’s legitimate interest and will contribute to China’s national stability as well as peace and stability in East Asia. Comrade Deng Xiaoping said that Taiwan could never become independent, and if it became independent, it would be a vassal of Japan or the United States and serve as a foreign military base. It would jeopardize cross-strait relations and make the region more unstable. Therefore, the Chinese government strengthens its governance of the Taiwan region entirely as a matter of China’s sovereign rights and interests. The two great powers of China and the United States will benefit from cooperation or suffer if there is confrontation. The United States’ act of placing trip wires over the Taiwan question and causing infighting in Asia will ultimately damage the national image of the United States in Asia and be detrimental to the establishment of a comprehensive strategic partnership between the United States and China.

In the interest of China’s durable stability, security, and national rejuvenation; coexistence between China and the United States; and the avoidance of a world war, the Taiwan question must be properly resolved. It is believed that a powerful and reunified China will be of positive consequence to regional security in Asia. China helps the United States share the challenges of governance in the Asia-Pacific region, and Taiwan will be more prosperous with the support of the motherland. Japan will also be better integrated into Asian community and become a responsible country if it abandons the misguided beggar-my-neighbor policy.

Wang Yiwei is Jean Monnet Chair Professor, Director of the Institute of International Affairs, and Director of the Center for European Union Studies at Renmin University of China.

Liao Huan is a doctoral student at the School of International Studies at Remin University of China.