How China Will Benefit from a Trade War with America 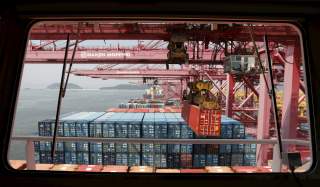 The story of China’s rise is well known. Back in 1990, China’s gross domestic product ranked only the eleventh, lagging behind not only the United States, Japan, Germany, France, UK, Italy, Canada and Spain, but also two developing countries, Iran and Brazil. After a decade of two-digit growth, in 2000, China replaced Italy to be the sixth largest economy; in 2002, China ranked the fifth in place of France; in 2006 and 2007, it surpassed the UK and Germany, respectively, to be the fourth and then the third; finally, in 2010, China rose to number two, next only to the United States.

For years, pundits on China have attributed its rapid economic growth to the Chinese government’s reform measures, which ranged from the introduction of the household responsibility system in place of collective organizations in agriculture and the rise of township and village enterprises in the 1980s, to the privatization and incorporation of state-owned enterprises in the 1990s, and most importantly, the massive inflow of foreign direct investment and the explosion of China’s foreign trade since its entry into the two in 2001. Undoubtedly, all these measures worked to release the potential of China’s economy that had been constrained by the mechanisms of centralized planning of the Maoist era. But the prevalence of family farms in agricultural production, the dominance of private or incorporated firms in industry, or access to foreign capital and markets, as results of the economic reforms in China, are nothing uncommon in the rest of the world; they are found more or less in almost all other developing countries, but none of these countries has experienced economic growth as fast and enduring as in China. Economic factors alone cannot fully explain China’s rapid economic expansion in the past or the sharp power it has developed outside the country.

It is arguable that the ultimate force behind China’s rise as a global power should be sought outside the economic arena. It lies chiefly in a set of factors embedded in China’s history and culture, which work together to influence the behavior of the people and government in China in their pursuit of personal well-being or the national goal of economic growth. More specifically, there are five highlighted factors: the size of the nation, its ethnic composition, the value system of its people, human capital and the strategizing of the state. It is the immense size of China’s population and market, the homogeneity of its society, the secularized values of its people, the abundance and high quality of its human capital, and the intervention and strategizing of the state, that combine to propel and sustain China’s economic growth.

Obviously, none of these factors is unique to China; we find the presence and working of any single factor or a combination of them in many other countries, such as one of the largest populations in India, a homogenous society and an interventionist state in postwar Japan and Korea, secularized values in North America, and so forth. What is unique to China is that all these five factors exist there simultaneously, and all of them have their roots in Chinese cultural traditions or historical legacies before the Communist Revolution in 1949. We can call them, therefore, legacy factors. Unlike the economic policies and institutions introduced by the Chinese government since 1949 that have been changing frequently and lasting shortly, the legacy factors have been durable and stable. And unlike the government-imposed policies and regulations that have an immediate impact on China’s economic performance in the short run, the legacy factors work “behind the scene,” and their effects on the Chinese economy are rather indirect yet more profound, long-lasting, and powerful in the long run. It is the deep strength of China’s legacy factors, or “meta-power,” that ultimately defines the country’s competitive advantage—and shapes China’s trade relations with other countries, chiefly the United States.

The huge size of China’s population and domestic market has enabled the quick expansion of its manufacturing capacities. Hundreds of manufacturing clusters in a wide range of sectors have emerged in China in the past few decades, each consisting of hundreds and even thousands of factories that form a complete chain of suppliers within a locality for the production of components or final products in the same sector. The high efficiency and massive scale of production in these clusters make their goods unparalleled in price in the world (known as the “China price”). They further gave rise to a series of globally competitive enterprises. Alibaba, for instance, attracts a third of China’s population as active users and easily becomes the very largest online marketplace in the world. Its AliPay, with 520 million registered users, makes China a global leader in online payment. The huge revenue generated by the expanding economy has allowed China to invest massively on infrastructural projects, making its expressway and high-speed rail networks the largest in the world. This, together with China’s fast-growing investment in R&D, add to its potential to become a global leader in high-tech industries (already the largest consumer of industrial robots and chipsets in the world). Needless to say, China’s huge economic size also makes it more resistant to adverse impacts from outside than most developing or developed nations.

China is not only big but also homogenous, with the Han people accounting for 91.51 percent of its total population. Its Ethnic Fractionalization Index (EFI) is among the lowest in the world, at 0.154, or the 138th among all of the 159 surveyed nations. More importantly, China’s economic growth has been taking place mostly in the provinces populated by the Han people, where the population is even more homogeneous. The Han constitutes more than 99 percent of the populations in the provinces of Jiangsu, Zhejiang, Shandong, Anhui and Jiangxi in East China, 98 percent in the provinces of Guangdong and Fujian in Southeast China. As a result, social tension, unrest, and hate crimes caused by ethnic, religious and cultural differences, a common place in many other developing or developed countries, are largely absent in the Han provinces. The shared language and culture allow any individuals of the Han people to work or receive education anywhere within the Han provinces. In the absence of linguistic, religious or social barriers, there are also better chances for individuals in China to move up the social ladder.

China is also a highly secularized society. According to a 2015 Gallup poll, 61 percent of people surveyed in China claim themselves to be atheists, far above all other societies (followed by 34 percent in Hong Kong, 31 percent in Japan, and 30 percent in Czech). Preoccupied with material gain, personal fame, or career success, they are at least interested in things and ideas pertaining to after-life or the supernatural world. This attitude of materialism and pragmatism explains in large part why economic reforms in China, centering on marketization and privatization, have been so successful since the 1980s. No wonder that 74 percent of the Chinese polled by GlobeScan in 2005 agreed that “the free market economy is the best system on which to base the future of the world,” a result higher than that in any other countries (71 percent in the United States, 43 percent in Russia and 36 percent in France). Indeed, market economy works the best when it marries the most secularized society on earth. This is especially true when we take into account the factor of cultural values. Central to the economic values in Chinese society are “diligence” (qinlao) and frugality (jiejian). China has been known for its high saving rates in the past four decades, consistently above 35 percent, peaking at 50 percent in 2010, and remaining around 46 percent in the past few years. High savings, together with the ample supply of labor force, have sustained China’s massive investment in manufacturing and infrastructural projects in the past decades.

Another advantage of China lies in its human capital. The largest pool of engineers in the world, the high quality of school education that the millions of Chinese high school and college graduates have received, the diligence and capabilities they have displayed on the workplace, and most importantly, the availability of such a highly qualified labor force on a scale unparalleled elsewhere in the world, have made China the most attractive destination for investors. No wonder that Tim Crook, the CEO of Apple Inc., repeatedly told the media that the reason why Apple moved its manufacturing to China was because of the high quality of the Chinese labor force rather than its low cost. As he aptly put it: “The products we do require really advanced tooling, and the precision that you have to have, the tooling and working with the materials that we do are state of the art. And the tooling skill is very deep here. In the U.S. you could have a meeting of tooling engineers and I’m not sure we could fill the room. In China you could fill multiple football fields.”