This Is How Chinese Spying Inside the U.S. Government Really Works 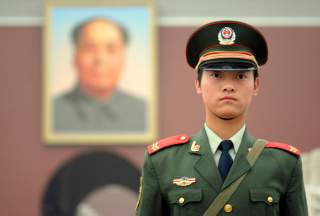 The Department of Justice on March 29 unsealed a criminal complaint against Candace Claiborne, an office-management specialist with the U.S. Department of State, who is now facing charges related to concealing a relationship with Chinese intelligence. The extended fifty-nine-page affidavit catalogues Claiborne’s alleged relationship with the Ministry of State Security, or MSS, China’s civilian intelligence service.

Despite the FBI’s problems with investigating some Chinese cases of espionage or economic theft, the affidavit does not seem to contain any of the investigative errors that led to the dismissal of charges against Temple University’s physics professor Xi Xiaoxing and National Weather Service employee Sherry Chen. That said, Claiborne is innocent until proven guilty and she pleaded not guilty at her hearing on April 18. Any solid conclusions about the case or the defendant should be withheld until after a trial or plea confirms the truth of the matter.

The MSS is a sprawling organization centered in Beijing. It has provincial departments and municipal bureaus all over the country. The central ministry does run intelligence operations, but the subnational departments and bureaus almost certainly include most of the ministry’s personnel. The main task of these departments is to protect state security inside their operational jurisdiction. However, some of them also run operations against foreign targets to support national policymakers.

The MSS unit with which Claiborne became involved was the Shanghai State Security Bureau (SSSB). Largely unknown outside of the small group of people who look at Chinese intelligence operations, the SSSB has surfaced only a few times in public. In 2009, the SSSB raided the China offices of Australian mining firm Rio Tinto. The office director, Stern Hu, came under investigation, because his aggressive approach to investment cost the Chinese government and state-owned enterprises several hundred million dollars. A year later, the FBI arrested Glenn Duffie Shriver, who applied to work at the State Department and CIA in exchange for $70,000. The SSSB recruited Shriver in Shanghai when he responded to an essay contest on U.S.-China relations and encouraged him to take a position in the U.S. government.

The affidavit reveals that the SSSB can operate all over China and the world, not just in Shanghai. In communications with Claiborne, her SSSB contacts—identified only as Co-Conspirator B and Co-Conspirator C—offered to meet her in Beijing as well as any third country if and when she left the United States. Co-Conspirator B also made references to business trips in Italy and Africa.

Despite the possibility of meetings anywhere, the case still exhibits the China connection that is distinctive of nearly every espionage case. The SSSB’s spotting and assessing work most likely took place in China. The affidavit states that Claiborne knew the SSSB officers at least since 2007 if not before. In 2007, Claiborne was a stationed in Buenos Aires and had been away from China for two years. Her second tour in China was at the U.S. Consulate General in Shanghai from 2003–05.

The SSSB also operates with some unusual cover arrangements that suggests in some cases individual officers develop their own cover. Some of the normal MSS covers inside the country include unnamed, numbered government offices (e.g. Shanghai Municipal Government Office number seven), think tanks and businesses. Co-Conspirator B operated an import-export company, and he also owned a spa and a restaurant. In addition to allowing Co-Conspirator B to appear as ordinary businessman, these businesses were used to provide employment to Co-Conspirator A. The affidavit does nothing to describe Co-Conspirator C apart from his SSSB affiliation.

A caveat on Co-Conspirator B’s cover arrangements perhaps is in order. He may be what the affidavit calls a “cut out” or a “co-optee” of the SSSB. The affidavit describes this role in some detail as part of the background but it is mentioned nowhere else. The affidavit states “A cut-out or co-optee is a mutually trusted person or mechanism used to create a compartment between members of an operation to enable them to pass material and/or messages securely. A cut-out or co-optee can operate under a variety of covers, posing as diplomats, journalists, academics, or business people both at home and abroad. These individuals are tasked with spotting, assessing, targeting, collecting, and running sources.” Co-Conspirator B could easily be a co-optee from the description of him and his business activities. His role in handling Claiborne fits completely within the above definition, and the affidavit contains nothing to clarify his position.

Co-Conspirator A and his relationship with Claiborne illustrates the creative ways in which the MSS will develop emotional leverage over an agent. The affidavit does little to describe Co-Conspirator A apart from making it clear that the young man is someone important to Claiborne, probably a relative, because he lived with her in China from 2001–05. Her relationship with the SSSB was not simply an exchange of money for information, of dollars for documents. Much of the money dispensed by the SSSB went to pay for Co-Conspirator A’s college tuition, provide him with work, a furnished apartment, and pay for his travel rather than Claiborne directly. In several different emails, she told Co-Conspirator A to extricate himself of his relationship with the SSSB, because she did not want herself or him to continue to be indebted to Chinese intelligence.

Building a relationship with an agent almost appears to more important than collecting intelligence information. The SSSB paid out “tens of thousands of dollars in gifts and benefits” to Claiborne and Co-Conspirator A, but the return appeared minimal. For example, in 2011, at least four years into the relationship, the SSSB tasked Claiborne with gathering internal evaluations of the U.S.-China Strategic and Economic Dialogue. They specifically wanted to know about Chinese yuan exchange rates and what pressures Washington would be prepared to bring if China’s adjustments were insufficient. The SSSB officers complained of one of Claiborne’s responses that “It is useful but it is also on the Internet. What they are looking for is what they cannot find on the Internet,” believing that the publicly available information was not necessarily representative of U.S. government thinking.

There is little exotic in how the SSSB handled Candice Claiborne if the case ultimately holds up in court as described. They built psychological leverage through Co-Conspirator A. They exploited Claiborne’s greed through small payments and the promise of more—she believed the SSSB could pay as much as $20,000 per year. The only thing strange appears to be the callousness with which the SSSB treated her concerns about security and the seeming absence of any plans to end the relationship productively. Countering Chinese intelligence, then, is not about a dramatic departure from past practice, but rather a commitment to counterintelligence fundamentals and professionalism.