How Congress Can Prevent a Meltdown of Global Nuclear Arms Control 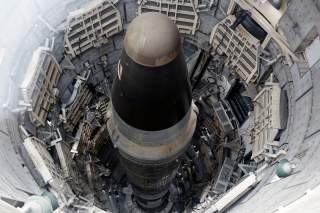 The Trump administration’s nuclear weapons policy has eroded decades of agreed-upon norms. An important arms control agreement with Russia was already shredded, and another is on the brink of being abandoned. Instead of adhering to its commitments under the Nuclear Non-Proliferation Treaty (NPT), which calls for good-faith steps towards the ultimate goal of nuclear disarmament, the Trump administration’s Nuclear Posture Review (NPR) released last year called for, among other things, new “low-yield” nuclear weapons that are considered likely to lower the nuclear threshold. Fortunately, Congress now has an opportunity to push back on these damaging departures from long-standing policies that have so far prevented nuclear annihilation.

House and Senate negotiators will soon meet to begin reconciling major differences in their versions of the Fiscal Year 2020 National Defense Authorization Act (NDAA). Among the many issues that must be addressed, that of nuclear weapons is poised to be one of the most controversial.

While the Senate stayed silent or rubber-stamped administration objectives, the House of Representatives took strong stands on three major nuclear-related issues: The Intermediate-Range Nuclear Forces (INF) Treaty, the New Strategic Arms Reduction Treaty (New START), and the development and deployment of low-yield nuclear weapons. The NDAA conferees should retain all of these House provisions in order to preserve vital global U.S. leadership on nuclear non-proliferation.

The Trump administration formally terminated its legal obligations under the INF Treaty on August 2, 2019. Yes, Russia was violating the treaty, a fact that was established and pursued during the Obama administration. However, the Trump administration simply walked away from the treaty, without a serious effort to preserve it, or a diplomatic and military strategy to deny Moscow the military advantage it sought. The House bill includes Representative Lois Frankel’s amendment, which would prudently prohibit funding for the development of U.S. INF Treaty-violating missiles until a number of conditions are met, including allies’ agreement to host such missiles. Keeping this amendment in the conference would ensure that the administration does not further destabilize European or Asian security.

The collapse of the INF Treaty makes the preservation of existing agreements even more important. The New START Treaty would remain as the sole U.S.-Russia bilateral nuclear arms control treaty. By signing this agreement, the two countries responsible for 90 percent of the world’s nuclear weapons agreed to reduce the number of deployed strategic nuclear weapons to 1,550 each, down from the over 10,000 deployed by each during the height of the Cold War. In addition to lowering the number of warheads deployed, the treaty also provided for extensive verification measures that would be difficult to replicate should the treaty end. The treaty is set to expire in February 2021 but can be extended up to five years.

President Trump has stated his desire to engage in nuclear diplomacy with Russia, but his advisors, notably National Security Adviser John Bolton, have said that extension of the treaty is not guaranteed. In order to preserve the ability to extend the treaty, the amendment proposed by Representative Eliot Engel and adopted on the floor of the House would prevent the President from withdrawing from the treaty unless he certifies to Congress that Russia is in material breach of the treaty. It also definitively states that it is in the United States’ national-security interest to extend the treaty. If this treaty were to expire, it would set arms control efforts back decades, as it would be the first time since 1972 that there were no limits on U.S. and Russian nuclear arsenals. Preserving bilateral arms control treaties that are working is vital to ensuring the United States is a leader in nuclear diplomacy.

So is ensuring nuclear war is less likely, not more. The Trump administration’s NPR called for the development and deployment of a “low-yield” submarine-launched ballistic missile (SLBM), which could lower the threshold for using a nuclear weapon. (“Low-yield” does not mean inconsequential; the proposed warhead is believed to be about half the power of the bomb that destroyed Hiroshima). Currently, our nuclear-capable submarines field SLBMs that are not considered “low-yield.” The argument for these new weapons is that the United States would be reluctant to respond to a “low-yield” nuclear attack with a nuclear response of its own, therefore making America “self-deterred.” However, this argument ignores the fact that Washington already fields hundreds of “low-yield” nuclear weapons, just not on submarines. It also doesn’t account for the fact that if launched, it would be impossible for an adversary to determine if the warhead on an SLBM is “low-yield” or not, meaning the target of the strike would likely respond with a massive attack before finding out. This scenario could lead to a full-blown nuclear war. To prevent this destabilizing weapon from being fielded, the House-passed NDAA wisely included a prohibition on the deployment of these warheads.

The Trump administration has taken a number of steps that have undermined U.S. credibility when it comes to global arms control and nuclear non-proliferation norms, but Congress has the power to contain these impulses and provide a roadmap for sustained nuclear diplomacy. Conferees should and must use this opportunity to include House-passed provisions as a way to serve U.S. national-security interests.

Tom Countryman is Chairman of the Arms Control Association and serves on the Advisory Board for Foreign Policy for America. He previously served as the Assistant Secretary of State for International Security and Nonproliferation.

Laura Kennedy serves on the Board of Directors for Foreign Policy for America and previously served as both the U.S. Permanent Representative to the Conference on Disarmament in Geneva and the Deputy Assistant Secretary of State for European Affairs.