How to Defeat the Missile Defense of the Future 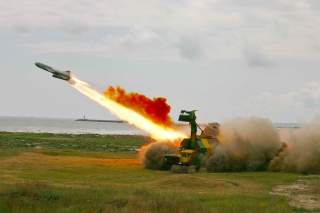 Taking a good look at U.S. and Russian strategic missile defense systems’ capabilities, we have come to the conclusion that these systems will not be able, neither at this moment nor in the foreseeable future, to influence the results of a hypothetical global nuclear war. Thus, it is possible to say with a high degree of confidence that in the next fifteen to twenty years, threats of nuclear deterrence will not arise, and therefore there will be no global war. Nevertheless, strategic security issues require at least indicative long-term forecasting. To do so, one must consider what ways of dealing with current and future missile defense systems could emerge.

The topic of hypersonic weapons is now very popular. Major military powers—namely, the United States, Russia and China—are actively developing different varieties, from cruise and antiship missiles to aircraft. Hypersonic gliders are among such weapons: special gliders carrying a nuclear or conventional warhead, delivered by a conventional intercontinental ballistic missile (ICBM) to the target area, after which the glider enters the atmosphere and approaches the target.

At first glance, they do not differ from conventional warhead ICBMs, which also fly at hypersonic speeds of up to seven kilometers per second. In reality, gliders is different, because they enter the atmosphere much earlier, and a significant part of their trajectory is spent at a relatively low altitude, which significantly complicates exoatmospheric kinetic interception by means of missile-defense systems, such as the American GMD (Ground-Based Midcourse Defense) or Aegis. After entering the atmosphere at high speed, a cloud of hot plasma is created around the glider, which makes accurate interceptor guidance toward the target almost impossible. In addition, the hypersonic glider being developed in Russia (Izdelie 4202, or U71) has the ability to maneuver, making it virtually impossible to destroy.

To date, this direction has most successfully been explored in Russia (the last few tests have been successful), and perhaps in China as well. There is very little information available on the Russian glider, and virtually nothing is known about the Chinese one, though the trials have been reported by the U.S. media. As for the United States, it has developed a hypersonic glider within the framework of two projects: Advanced Hypersonic Weapon and Hypersonic Technology Vehicle 2. No positive result was achieved during either test.

As far as the actual timing of putting these samples into service is concerned, it will not take place any earlier than in 2022–25.

Deploying nuclear weapons in Earth’s orbit is prohibited by the Outer Space Treaty of 1967. Nevertheless, the emergence of a real threat of losing the ability to deliver a retaliatory nuclear strike on the enemy side can cut corners around this agreement. Current levels of technology available to both Russia and the United States allow launching satellite warheads into Earth orbit, awaiting orders to strike any point on Earth at the shortest notice. This completely eliminates the possibility of intercepting ICBMs during the initial stage of the flight, as well as destroying submarines, mobile ICBM launchers and missile silos during a preemptive strike against the enemy.

Another means of waging war in space is ICBM deployment along suborbital or orbital paths. In such case, the missile range becomes unlimited, allowing one to strike from any direction. For example, this is what the forthcoming heavy Russian RS-28 Sarmat ICBM will be capable of. The United States will need to deploy a very saturated missile defense system with many positioning areas in order to combat such an ICBM—which involves huge economic costs. By the way, the Soviet Union already had a similar ICBM, the R-36ORB (NATO SS-9 Mod 3 Scar), but it was removed from service in accordance with the SALT II arms treaty.

Further Development of ICBMs and Increased Mobility and Protection

Another indirect way to deal with missile defense is improving the security of ICBMs and their carriers, as well as improving their levels of mobility and stealth. These factors make it possible to maintain a greater capacity for retaliation in the event of the country suffering a massive disarming strike.

Both the United States and Russia see constant innovation in in this area. America primarily focuses on its submarine fleet—the country is going to spend about $95.8 billion on the development and production of twelve SSBN(X) nuclear-missile submarines. Russia is working vigorously, as the question of fighting with missile defense is more acute; as opposed to the United States, Moscow has never demonstrated intent to create a global missile defense system. Russia has its new submarine project, the 955 Borei, and is constantly working on new land-based ICBMs. In addition to the aforementioned Sarmat and the already in-production mobile RS-24 Yars ICBMs, a “killer” of European missile defense—the light mobile RS-26 Rubezh ICBM—is in the works, capable of being used at both intercontinental and medium ranges (a minimum of two thousand kilometers).

Despite claims by the United States, strictly speaking the Rubezh does not violate the Intermediate-Range Nuclear Forces Treaty, since its maximum range reaches ten to eleven thousand kilometers. Another promising strategic system is the Barguzin combat rail missile system, whose development recently began. Unlike its decommissioned Soviet counterpart, the RT-23 Molodets (the SS-24 Mod-3 Scalpel), a new train carrying ICBMs will be much lighter, due to the use of the more compact RS-24 Yars ICBM, so that distinguishing it from an ordinary freight train will be impossible. One train capable of moving more than one thousand kilometers a day will carry six ICBMs, each carrying up to four nuclear warheads. The United States had a similar project, named Peacekeeper Rail Garrison during the Cold War, which was closed with the collapse of the Soviet Union, although the work went quite well.

Perhaps the most sophisticated of the currently known ways to avoid missile defense is the creation of deep, autonomous drones equipped with extra-powerful nuclear warheads. The Soviet Union considered this approach during the Cold War, but the technology available at the time did not allow it. In 2015, it became known that Russia is developing a robotic “torpedo” equipped with its own nuclear reactor, capable of moving at a depth of one thousand meters for a distance of ten thousand kilometers while developing a speed up to 185 kilometers per hour. This “doomsday” underwater vehicle was called Status-6. It is obvious that missile defense is not an obstacle for such weapons, and several such torpedoes are enough to destroy all the major coastal cities and coastal infrastructure of the U.S. Navy. Combat against them at this stage is almost impossible—they are low-noise, and their maximum depth and speed are substantial.

As we can see, there are plenty of ways to combat present and future missile defense systems; it is possible that others will arrive as technology advances. This fact once again proves the flawed concept of a global strategic-missile defense system designed to achieve victory in a large-scale nuclear war. All developments in this direction will only lead to an increase in financial expenses as a result of an arms race. In this aspect, whichever side focuses on the development of missile defense will spend considerably more resources than the side that develops new offensive weapons.

The result will be the same: another arms reduction treaty, due to the meaningless accumulation of large arsenals of nuclear weapons, their vehicles and missile defense systems.