How Democratic Principles Are Uniting the West 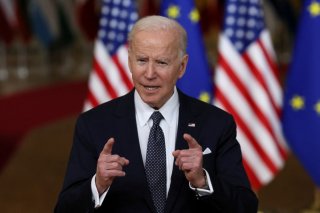 Values are relative and informed by centuries of cultural, linguistic, and social development. States overcome their separations by agreeing on similar principles. This distinction is crucial. The Western countries increasing their presence in the Indo-Pacific do not share all of Taiwan’s values, but they agree on a similar democratic political system. “For the EU, Taiwan is a reliable and valued like-minded partner in Asia,” the European Economic and Trade Office in Taiwan explained.

Principles such as these undergird successful, long-term alliances. They entail consistency and dependability. If two states do not have a shared acceptance of principles their relationship is prone to disintegration. Europe is inevitably required to forge alliances with repressive South American and Middle Eastern states for strategic purposes but these connections are fragile. At any moment a condemnation can lead to a temporary fracture in the relationship. Such prospects are remote between Western states thanks to their shared principles.

Lithuania, the Czech Republic, and Germany are not being unrealistic when they increase their presence in the Taiwan Strait amidst a crippling energy crisis. If anything, the current energy shortage demonstrates the danger that hovers over states enthralled by the short-term economic benefits that arise from continued dependence on regimes with radically opposing worldviews. Europe’s unwillingness to learn this lesson in 2014 will lead to considerable pain in the coming months. The question is whether it will repeat the same mistake with respect to China.

There is reason for optimism. In 2018, the European Think-tank Network on China published a report dealing with the role that political values play in Sino-European relations. It assessed that Latvia, the Czech Republic, Poland, Portugal, Romania, and Spain were the “more passive countries” when it came to “voicing their concerns about human rights.” The Czech delegation’s recent visit to Taiwan, Romania’s diplomatic rebuke to China in 2021, and Latvia’s abrupt exit from a Chinese-backed forum all demonstrate that Europe is becoming increasingly aware of the dangers of diplomatic inertia.

The West knows that it will need to act swiftly if China invades Taiwan, which poses a significant problem for countries whose economies have become inseparable from Beijing’s. The whole Western world will have to embrace a principled foreign policy to form a consolidated bloc against Russian and Chinese violations of international law. This will not diminish the value of transactional alliances with resource-rich countries. Principles are a strong measure of the long-term success of an alliance but expediency occasionally prevails when pursuing immediate objectives.

Grasping the worldview that motivates another state is one of the most valuable processes that the United States can undertake. It is ultimately what enables the West to mold a nimble foreign policy tailored to its particular long-term interests in a more democratic world.