How Do America and Russia Avoid a War over Syria? 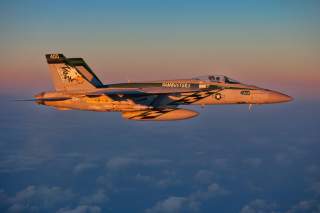 That it has taken so long since the Russian intervention in Syria began in earnest, a year and a half ago, for an incident to occur that might directly pit Russian and American forces against each other has been nothing short of miraculous. That luck ran out this week, with the downing of a Syrian government warplane accused of carrying out air strikes against the U.S.-backed opposition Syrian Democratic Forces—the first time since the 1999 Kosovo campaign that an American fighter has shot down a plane in air-to-air combat.

The Kremlin’s carefully crafted angry response warned that, from this time forward, Moscow will consider as hostile any aircraft overflying Syrian territory without the express permission of the Bashar al-Assad regime, but, crucially, it did not commit the Russian contingent in Syria to take action. Moscow appears to be carefully parsing its words to avoid drawing a red line it may not wish to enforce, or, as my colleague Michael Kofman has aptly pointed out, may not have the technical abilities in place to actually back up. Presumably, coalition aircraft flying in Syrian airspace may now be illuminated by Russian antiair defense radars, in essence daring American and allied pilots to respond, or otherwise accept a heightened level of risk in carrying out their operations. But what it means is that the U.S.-Russia relationship will now depend on the nerves and split-second reactions of pilots and ground controllers, not the plans and preferences of presidents and diplomats. It also bears an unsettling resemblance to the plot of the 1959 nuclear postapocalyptic novel Alas, Babylon, in which an accidental shot at the Soviet base in Latakia, Syria, is the proximate cause of the nuclear war between the superpowers.

The Pentagon will be prepared for any military contingency that may arise, but if we examine Vladimir Putin’s strategy after the last major incident—the shooting down of a Russian aircraft in November 2015 by a Turkish fighter, after a very brief violation of Turkish airspace—it becomes clear that Putin never reacts as expected. Putin eschewed a direct military response, one that might in turn have triggered a reaction from Turkey’s NATO allies upholding their Article 5 commitments, in favor of a series of nonmilitary, asymmetric responses. A combination of deftly wielded economic sanctions and very clear signals on a possible Russian shift on the Kurdish question helped to bring about, six months later, the desired apology on the part of Turkish president Recep Tayyip Erdoğan. If there are continued problems in Syria, Moscow may not want to directly challenge the capabilities of the U.S. military, but rather find ways to use other tools to complicate life for the United States throughout the region—and with the prospect of major new U.S. sanctions looming in the horizon, Putin may feel he has now nothing to lose by moving to an even more confrontational stance.

This raises another point. Listening to the various hearings that have been convened on Russia over the last several weeks, there are signs of cognitive dissonance. Russia is depicted both as a powerful foe capable of disrupting and subverting the combined strength of the Atlantic alliance, and as a regime on the verge of collapse and susceptible to American pressure. The risk of this approach is suggesting that a more confrontational stance with Russia can be taken without much commitment or preparation on the U.S. side.

It is apparent that the early goals of the Trump administration to explore some sort of grand bargain with the Kremlin are now completely off the table. It may be that the divergence between Russian and American values and interests is too great to be bridged by any set of compromises. If that is the case, then the United States needs to think soberly about its next steps—and not stumble into a clash with Russia that it neither foresees nor desires over the skies of Syria.