How Do You Solve a Problem Like North Korea? 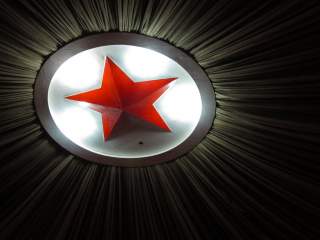 How does one punish a country that is the most diplomatically isolated in the world, already sanctioned to the teeth, but seemingly immune to the types of pressure that would force other nations to change their behavior? These are the kind of questions that U.S. presidents, Democratic and Republican alike, have been trying to wrap their heads around for the last decade on the North Korea conundrum. Throw in a family dynasty that is stubborn and sees enemies and conspiracies in every direction, and what you get is an international challenge of immense proportions that is almost precooked policy for failure.

Washington has been banging its head against the wall on ways to solve or stall North Korea’s nuclear program for decades, so much so that lawmakers and policy officials in the executive and legislative branches are willing to consider any option to bring Kim to heel. Redesignating North Korea as a state sponsor of terrorism, a label that was dropped by the Bush administration in 2008 as a concession during nuclear negotiations, is fast becoming another one of those options. In fact, redesignating North Korea as a terrorist state has been a kind of cause celebre for congressional Republicans—just last month lawmakers introduced a bill that would mandate a State Department review on whether Pyongyang qualifies. And it’s a bill that Rep. Ed Royce, the chairman of the House Foreign Affairs Committee, has suggested he would possibly markup in committee.

After the circus that has become the Kim Jong-nam assassination, slapping terrorism sanctions on North Korea would be a way for the United States to demonstrate to itself and to its allies in Japan and South Korea that Washington will not sit on the sidelines and permit this kind of behavior without punishment. Placing the DPRK back on the state sponsors of terrorism list would be an easy way to show the Trump administration’s displeasure.

But would redesignating North Korea actually do anything to pressure Kim Jong-un into changing how he runs his regime? The answer is obvious: absolutely not. In fact, pursuing such a policy would very likely make the North Korea problem even worse.

1. Is it even legal? Washington can’t simply put a nation on the state sponsors terrorism list on a whim. According to the Arms Export Control Act, the Export Administration Act of 1979 and the Foreign Assistance Act, the State Department would need to make a determination that Pyongyang “repeatedly provided support for acts of international terrorism.” What all three of these statutes mean by “repeatedly” isn’t spelled out explicitly in the law, an omission that provides the executive branch with a wide degree of discretion when considering a listing.

In North Korea’s case, however, the State Department has already made a determination that North Korea hasn’t directly committed an act of terrorism since the 1987 bombing of a Korean Airlines flight. Although Pyongyang has been caught more than once exporting weapons and partnering with the Iranians on ballistic missile technology, selling arms or cooperating with a designated state sponsor of terrorism generally hasn’t been enough to satisfy the requirement. According to the Congressional Research Service, “[s]upplying weapons or weapons technology to governments designated as state sponsors of terrorism generally has not been considered justification for designating the supplier government as a state sponsor of terrorism.” For the Trump administration to label the North as a terrorism supporter, it would need to effectively change the guidelines that the State Department has followed for decades.

2. Would it have an effect? Even before President Barack Obama signed one of the most comprehensive sanctions packages on North Korea in history, Kim’s regime was in a tight spot. UN member states have been prohibited from exporting or importing weapons systems, including small arms “and their related material,” to the North Korean government for nearly a year now. UN Security Council Resolution 2270 passed in March of last year, states unequivocally that any direct or indirect assistance to the DPRK military—everything from financing weapons shipments and transporting or assisting in the transportation of those shipments, to facilitating or entering into joint-research ventures that would contribute to the effectiveness of the DPRK armed forces—would be a breach of international law. Terrorism sanctions on Pyongyang would therefore be a duplication of UN Security Council resolutions that are currently on the books.

Thanks in large part to Congress, North Korea is now one of the most heavily sanctioned countries on the planet. Under legislation passed last year with overwhelming bipartisan support, the president is required to block the assets of an individual or entity that exports equipment that could materially contribute to Kim’s WMD programs, “knowingly...imports, exports, or reexports luxury goods to or into North Korea,” assists the North Korean authorities with censorship, money laundering activities, human rights abuses, in addition to a long list of other nefarious behavior. Foreign banks and entities outside North Korea that are involved in financial dealings with Pyongyang are also liable for U.S. sanctions, which would shut down any access that these institutions may currently have to the U.S. financial system.

All of these measures are more powerful than a state-terrorism designation would ever be.

3. Kim would retaliate: If the objective is to persuade or coerce Kim Jong-un into enacting a moratorium on further nuclear and ballistic missile tests, it’s hard to see how labeling the DPRK as a sponsor of terrorism would help smooth that effort. We don’t know much about Kim due to the highly secretive nature of the regime he leads, but we do know that the thirty- something year-old dictator is more prone to responding to U.S. measures by acting out—not by pretending that nothing happened or by capitulating. It’s not a stretch to assume that Washington would see more ballistic-missile launches, underground nuclear test explosions, and abrasive rhetoric from Pyongyang after a terrorism designation is made in Washington. Any remote window to return of denuclearization talks would be shut, and Kim would have it hard to justify considering official or even back channel U.S.–North Korea discussions on other issues.

4. Why now when China is cooperating with Security Council resolutions? Last weekend, China’s Ministry of Commerce announced that it would be suspending coal imports from its “frenemy” in North Korea. The reasons for Beijing’s surprise announcement aren’t as important as the fact that China has made the decision to tighten the squeeze on Pyongyang’s finances. Coal makes up about 44 percent of Pyongyang’s total exports to China, a figure that earned Kim’s regime about $2.6 billion last year. If the Chinese are good for their word, North Korea’s export earnings are set to decline precipitously this year. A government that is already starving for cash could find itself barely trudging along.

To make Beijing doubt its commitment to implementing a UN Security Council resolution by slapping a terrorism designation on North Korea whose purpose would only be symbolic is the very definition of foolishness. Washington has been complaining about Chinese slow-walking of multilateral sanctions for years; in many ways, pointing the finger at Beijing has become a way for U.S. officials to avoid responsibility for their own policy failures over the last twenty-five years. If U.S. officials designated the DPRK as a state sponsor of terrorism for a second time, they would no longer be able to blame the Chinese without being laughed out of the room.

Castigating North Korea as a terrorist state would certainty make us feel good. But it won’t help grease the skids towards a denuclearized Korean Peninsula. Patting ourselves on the back in an act of moral superiority isn’t a good enough reason to make the awful smell of our North Korea policy even more rancid.