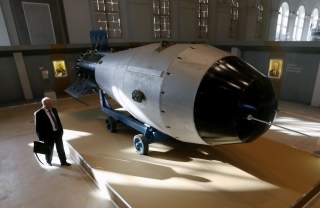 Optimistic and pessimistic arguments about nuclear proliferation were conceptualized decades ago. The best place to find them is in Scott Sagan and Kenneth Waltz’s The Spread of Nuclear Weapons: A Debate. Contrarian optimists like Waltz argued that proliferation will continue to happen slowly and in limited cases for good reason, since the bomb isn’t all that useful for conquest or war. Moreover, possession of the bomb by adversaries has reduced the likelihood of war. If proliferation pessimists were right, Waltz argued, many more states would possess the bomb and it would have been used in warfare.

Proliferation pessimists like Sagan counter that we have been fortunate to avoid battlefield use, but good fortune may run out, whether by command decision, breakdowns of command and control, or by accident. If more states acquire a bomb, pessimists argue, others will follow in their footsteps, and more can go wrong with additional bomb seekers. Moreover, the bomb hasn’t induced caution. While conventional warfare between nuclear-armed states has so far been avoided, border clashes haven’t and unconventional warfare has been fostered under the bomb’s shadow, as is most evident by Pakistan’s behavior.

The Waltz/Sagan debate didn’t anticipate the demise of U.S. bipartisanship and leadership on nonproliferation diplomacy, nor the “militarization” of Republican nonproliferation strategies, as defined by a heavy reliance on sanctions, opposition to less than idealized negotiated outcomes, threats to use force, and the use of force. Consequently, while nuclear nonproliferation remains a shared objective for Republicans and Democrats, deep fissures have opened with respect to the means to achieve desired ends. There are also serious divisions about how much U.S. effort is required for the proper upkeep of the Nonproliferation Treaty (NPT) “regime.” What do these trends suggest for proliferation optimism or pessimism?

To be sure, domestic U.S. divisions aren’t new—they date back to the rejection of the Comprehensive Test Ban Treaty’s ratification in 1999 by Senate Republicans, if not before. Subsequently, divisions have grown and are nowhere more evident than over the Iran nuclear deal. Supporters were surprised by how much the Obama administration and its co-negotiators managed to achieve, while opponents worry greatly over what the deal failed to accomplish. Support for the Iran deal has been nearly undetectable among Republicans on Capitol Hill, and Donald Trump seems intent to torpedo it.

Uncertainties about the future of proliferation now hinge on the Iranian and North Korean cases. Long gone are the halcyon years in the 1990s when nuclear-capable states (Argentina, Brazil) gave up their ambitions to become nuclear armed, and nuclear-armed states voluntarily gave up their home built (South Africa) or inherited (Ukraine, Belarus, Kazakhstan) stockpiles. There were diverse factors behind these extraordinary accomplishments; there was also an important common thread: all were accomplished without strong-armed tactics or the use of force. Instead, nonproliferation diplomacy was of paramount importance.

These diplomatic accomplishments coincided with the negotiation of remarkable treaties reducing U.S. and Russian strategic offensive forces. The NPT’s indefinite extension in 1995 reflected these combined achievements—as well as the widely anticipated conclusion of the Comprehensive Test Ban Treaty (CTBT) negotiations. The NPT was never in stronger shape when it was extended indefinitely.

The tide began to turn with nuclear testing on the subcontinent in 1998 and the Senate’s rejection of the CTBT the following year. Then came 9/11, along with the George W. Bush administration’s decisions to not wait for deadly threats to gather in foreign lands, to expand NATO to Russia’s borders and to withdraw from the Anti-Ballistic Missile Treaty. These decisions and the Kremlin’s reaction to them placed Washington and Moscow on the collision course that is now painfully evident. The NPT couldn’t possibly escape unharmed from these dynamics, since its fate has always been linked with the state of relations between Washington and Moscow, particularly their willingness to reduce nuclear arms.

The extent of partisan U.S. divisions about how best to deal with “bad actors” was next apparent when the Obama administration opted for the use of force against Libya’s Muammar Gaddafi. Typically threading the needle (yes to air strikes, yes to regime change, no to boots on the ground), Obama and Secretary of State Hillary Clinton were excoriated by Republicans on Capitol Hill for the resulting chaos in Libya and the loss of life at the U.S. consulate in Benghazi. Sharp partisan divides then focused on the Iran deal, where the Obama administration pursued its natural instincts toward diplomacy rather than military instruments to prevent proliferation.

Partisan U.S. divides have trickle-down effects on major diplomatic gatherings like NPT Review Conferences and on the upkeep of the NPT “regime.” For instance, Republicans on Capitol Hill have cut back funding for the organization established in Vienna to monitor nuclear testing pending the CTBT’s entry into force. (In a welcome development, the Trump administration promises not to short change the CTBT Organization.) Another example: supporters of the recently negotiated treaty banning nuclear weapons conspicuously failed to endorse the additional protocol that sets tougher inspection standards by the International Atomic Energy Agency.

At present, both nuclear “haves” and “have-nots” feel they have ample grounds to sue each other for non-support of the NPT. Nuclear-armed states, especially the United States, Russia and China, are recapitalizing and modernizing their nuclear forces. Deeper cuts in U.S. and Russian nuclear forces seem remote because the Kremlin is behaving badly toward its neighbors, the list of Russian treaty violations is growing, and U.S. missile defense deployments are being upgraded and expanded. Nuclear abstainers and abolitionists are investing time and effort in standing up a treaty banning nuclear weapons rather than rallying behind the NPT. Tensions have grown at NPT Review Conferences, and they are likely to be particularly pronounced at the 2020 Review Conference marking the fiftieth anniversary of the treaty’s entry into force.

Washington’s partisan divides, the evident disdain by Republicans for nonproliferation diplomacy and their gravitation toward hard-edged instruments are likely to generate more evident hedging strategies by states considering their nuclear options. In the past, hedging strategies among U.S. allies were restrained because Washington maintained strong alliances and didn’t markedly shift national security and nonproliferation policies from one administration to the next. Hedging strategies are now likely to become more pronounced by U.S. friends and allies as well as by states in the crosshairs of the Trump administration’s counter-proliferation strategies.

If the Trump administration’s dealings with Iran and North Korea end badly, then they could tip the scales toward proliferation pessimism. Even so, worst cases will take time to evolve and are not foreordained. If Trump walks away from verifiable constraints on Iran’s nuclear activities, much depends on how the Iranian leadership—which is far from monolithic on this and other matters—reacts.

Iran’s supreme leaders have said that nuclear weapons are immoral and that they do not covet the bomb—statements that proliferation pessimists find deeply unpersuasive. In this view, when foreign leaders rattle nuclear cages, their statements must be taken at face value; when they question the utility of nuclear weapons, they are practicing the art of deception. If Waltz’s predictions are correct, Iran will proceed deliberately even if Trump walks away from the deal. In doing so, Tehran can drive a wedge between Washington and its negotiating partners without fueling a Saudi Arabian nuclear weapon program. Alternatively, by walking away from the nuclear deal, the Trump administration could facilitate and accelerate a decision by Tehran that it needs a nuclear deterrent to ward off threats from Washington.

The potential negative impacts of trashing the Iran nuclear deal on prospects for negotiations over North Korea’s nuclear program have been widely noted. Prospects for these negotiations are generally considered to be dim, in any event. Denuclearization appears to be a distant prospect, at best. However, several possible outcomes capable of limiting Pyongyang’s nuclear capabilities could be on offer, but only if the Trump administration is willing to accept less than idealized outcomes and bargain for them. So far, however, the author of The Art of the Deal has demonstrated no aptitude or inclination for one with North Korea.

If these talks end badly—or do not begin—the paramount question for U.S. nonproliferation policy and for the NPT regime will be whether the Trump administration chooses pre-emptive strikes against North Korea’s nuclear capability—strikes that can prompt another war on the Korean Peninsula with far-reaching consequences. When Soviet and Chinese nuclear capabilities first became evident, there was loose talk about preventive war and pre-emptive strikes to neutralize those threats. Cooler heads prevailed because it was unlikely that all targets could be identified and struck successfully, leaving the United States and its allies vulnerable to retaliation. In both cases, deterrence was a wiser course than preemption. Because North Korea isn’t in the Soviet Union or China’s weight class, the impulse to carry out pre-emptive strikes hasn’t gone away. Kim Jong-un has accelerated North Korea’s missile and nuclear tests to clarify the penalties of preemption.