How Donald Trump Should Make China Pay for Coronavirus 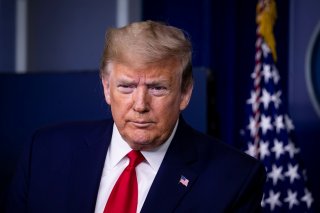 Third, keep America’s military alliances strong and vigilant. As post-pandemic U.S. strategy starts to bite, it is possible that Xi Jinping & Co. will grow desperate and lash out. They might do so to distract the Chinese people from domestic woes. They might see Chinese power as on the decrease relative to competitors, and conclude that now is their best chance to settle accounts against Taiwan, Japan, Vietnam, or some other Asian rival. Or both. If so, the family of American alliances, coalitions, and partnerships must be ready to respond. Tending to public health and economic recovery is essential, but free Asia must guard against military adventurism as well.

Diplomacy, economics, and allies: these are America’s three warfares. Pursue them with zeal.

Come to think of it, maybe there should be one more strand in Washington’s diplomatic offensive. Namely, democracy. This is an election year. Foreign policy appears poised to play an influential part in electioneering for the first time since 2004, when insurgencies and weapons of mass destruction in Iraq were hot topics. This November voters will get their say in what U.S. policy toward Communist China ought to be and who should be the executors of that policy. The American people will make their voice heard. Meanwhile, the Chinese Communist Party suppresses and bullies the Chinese people—or worse—while ordering evidence of biosecurity and biosafety hazards concealed or destroyed. It’s worth reminding people which system is better.