How to End the Overregulation of Medical Care 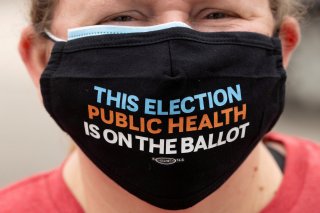 Confronting the coronavirus pandemic, Trump administration officials have broken with Washington’s standard response to a national crisis. Instead of centralizing and enhancing Washington’s power, the administration has vigorously encouraged state and local decision-making. Rather than impose new federal regulations, it has removed regulatory barriers to fast, efficient responses from health plans, pharmaceutical researchers and medical professionals. The rapid expansion of telehealth is just one example of how regulatory reform has helped.

Yet much more remains to be done. Excessive regulation imposes huge, unnecessary costs on our health system. Researchers writing in the Journal of the American Medical Association report that administrative expenses amount to 8 percent of the total American health care spending—more than in any other economically advanced country.

Citing this high administrative spending, a majority of House Democrats, in tandem with senior Democratic senators, are sponsoring major legislation to abolish virtually all private and employment-sponsored health insurance. The assumption here is that it is private health plans—with their marketing and share-holder related expenses—that drive administrative costs so high. Yet one of the biggest drivers of administrative costs is, ironically, government regulation—the very thing that these proposals would expand, either by creating a new government-run health plan to “compete” against private plans or by creating an all-powerful monopoly, Medicare for All, that would outlaw virtually all private health plans. Either way, health-care decisionmaking and power becomes more concentrated in Washington.

This is precisely the wrong direction to go. Health care is, and remains, one of the most heavily regulated sectors of the American economy. Doctors, hospitals and medical professionals work under both federal and state rules, regulations and guidelines of varying complexity; and though the Trump administration has offered some welcome regulatory relief, the underlying structure of detailed bureaucratic control remains.

Consider the level of federal regulation over U.S. hospitals. A 2017 report from the American Hospital Association found 629 “discrete” federal regulations governing hospitals and post-acute care providers and calculated that complying with those regulations cost almost $39 billion per year—an estimated $1,200 for each patient admitted.

The same report estimated that the typical “average-sized” hospital dedicates the equivalent of fifty-nine full-time employees—more than a quarter of the doctors and nurses—to the compliance effort. These are real administrative costs, imposed directly by federal regulators, yet these costs do not show up on the federal books, notably Medicare’s administrative budget.

Take the example of requiring the widespread use of electronic health records. Regulators have long insisted that this would improve accuracy, communication and quality in care delivery. However, a 2016 study in the Annals of Internal Medicine found that 49 percent of physicians’ office time was spent with electronic records and paperwork compared to 27 percent devoted to direct encounters with patients. In a 2018 survey conducted by Medical Economics, 79 percent of practitioners reported that a combination of paperwork and administrative burdens is the chief factor “ruining” the practice of medicine. There is also growing evidence that metastasizing bureaucracy and regulation are contributing to the shortage of American physicians.

A 2018 survey of the Medical Group Management Association, an organization representing forty thousand medical practices, found that 94 percent of respondents believe that a reduction in the federal regulatory burden would allow them to “reallocate resources” to patient care.

Not surprisingly, Medicare’s physician payment system, especially the “value-based” payment program enacted in 2015, is the number one culprit on the “hassle factor” list. According to the survey, 88 percent of practitioners rate the Medicare Quality Payment Program, as either “very” or “extremely burdensome.” While a plurality of practitioners expressed interest in participating in alternative payment programs, 55 percent said that Medicare did not offer a payment model that was “clinically relevant” to their practice.

Policymakers can continue to ignore the plight of America’s doctors, but Medicare patients will, in fact, pay the price.

The right policy goal should be to restore, to the maximum extent feasible, the traditional doctor-patient relationship. That goal would be realized when the patient controls the flow of health-care dollars, and the physician enjoys greater professional independence in the delivery of medical care.

In the short term, Washington policymakers could expand Medicare beneficiaries’ access to direct primary care programs by having Medicare pay a direct monthly, quarterly or annual fee for these services. This would be a more convenient alternative to Medicare’s fee-for-service billing program, with its complex cost-sharing arrangements. If the Medicare payment were “budget neutral,” then beneficiaries who wanted more services would, of course, pay more for those services.

Another short-term measure would be to allow Medicare beneficiaries to make tax free contributions to health savings accounts, which they cannot do today. Beneficiaries could then use those accounts to pay doctors of their choice directly, without the bureaucratic and regulatory obstacles that today restrict such doctor-patient arrangements.

In the longer term, building on the success of Medicare Advantage’s defined-contribution (“premium support”) system in Medicare would accelerate progress toward patient-centered, consumer-driven health care, where beneficiaries could choose health plans that offer strong personalized medical care in a transparent environment where patients would not only know the true prices of medical services, but also the performance of medical professionals in securing the best medical outcomes.

Congress, of course, would have to enact major statutory changes to bring about such major changes in the financing and delivery of care, particularly in Medicare.

The president, however, could help prepare the groundwork for such comprehensive reform. For example, he could order the secretary of health and human services to conduct a study that would fully detail the transactional costs imposed on doctors, hospitals and other medical professionals, by the tens of thousands of pages of Medicare rules, regulations and guidelines. Such a report should detail the provider costs (in per capita dollar amounts) in terms of the time, energy and effort required by medical providers to comply with the demands of this gigantic regulatory regime. Such information would allow lawmakers to estimate the total administrative costs borne by private sector providers for their participation in traditional Medicare.

One cannot overlook the tens of billions of dollars lost annually because of Medicare’s inability to match private-sector success in rooting out waste, fraud, or “improper payments.” If one combines Medicare’s annual cost of regulation with the program’s yearly losses from waste, fraud and abuse, taxpayers would get a better idea of Medicare’s true administrative costs. Americans need that clarity.

A former senior official in the Department of Health and Human Services, Robert E. Moffit is a senior fellow at The Heritage Foundation.