This Is How Europe Dealt With Migration 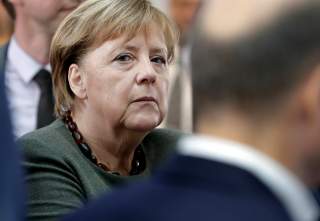 Europe’s development-assistance programs have become more tightly focused on the irregular migrant source countries and are designed to help keep migrants at home. This shift has occurred despite criticism that these approaches are shifting European aid away from poverty alleviation to the political expediency of curbing migration.

The EU has increased assistance to key sub-Saharan Africa source and transit countries, specifically Ethiopia, Niger, Nigeria, Mali, and Senegal. This has led to a range of new or expanded foreign assistance programs focused on these countries. The proposed 2021-2027 EU budget increases EU overseas spending by a third over the previous period to 123 billion euros, with the biggest increase in sub-Saharan Africa. Relatedly, the EU External Investment Plan has set targets of generating 44 billion euros of European investment in African countries, with its stated goal to “address the root causes of irregular migration.”

Steps to address flows of migrants from the Middle East have included EU contributions to the fight against ISIS in Iraq and Syria. Moreover, key member states are engaged in the NATO mission in Afghanistan, with the United Kingdom declaring it is in Afghanistan to prevent migration. The EU and Germany are also the second and third largest donors (after America) to United Nations agencies supporting refugees.

A question is whether this strategy of targeting foreign assistance toward stemming migration could work. Increasing prosperity in developing countries has historically often increased outmigration, not decreased it.

Migration will likely remain a long-term challenge for European politics, institutions, governments, and values. Even with the drop in numbers and development of institutional capabilities to manage it, the EU still has important tasks ahead of it.

To improve the integration of those migrants already in Europe and avoid the creation of a parallel society, the EU could develop policies and programs that address the plight of those denied asylum but who are unable or unwilling to leave the EU. The EU could also speed up access to jobs for those granted residency. This could include more intensive language training, changing of policies that slow job seeking by asylum seekers, or geographic distribution of asylum seekers based on labor market needs.

The EU must also address the human rights problems of migrants stuck in Libyan camps on the transit route to the EU. This could be done by working with entities in Libya to close the camps or significantly improve their safety and living standards, with active EU monitoring of conditions.

To reduce pressures causing irregular economic migration from Africa, the EU may seek to create EU investment hubs or industrial zones in Africa, with conditionality that these hubs are open to regional economic migrants. The EU could also increase temporary legal pathways for work into the EU.

Such additional steps would help address the human and economic costs of the migration challenge to Europe. However, given sharp discrepancies in demographic trends between Europe, Africa, and the Middle East, and differences in wealth and income, this will be difficult. Managing migration pressures in democratic societies is likely to be a generational challenge for the European Union, as indeed it is for other developed societies.

Shelly Culbertson is a senior policy researcher at the non-profit, nonpartisan RAND Corporation, where she has led studies on the global refugee crisis. She is the author of The Fires of Spring: A Post Arab Spring Journey Through the Turbulent New Middle East (St. Martin’s Press, 2016).

Ambassador Charles Ries is Vice President, International at the non-profit, nonpartisan RAND Corporation, where he has led studies on the economic effects of Brexit, among others. He previously served as Coordinator for Economic Transition in Iraq at the U.S. Embassy in Baghdad (2007–2008), U.S. ambassador to Greece (2004-2007), Principal Deputy Assistant Secretary of State for European Affairs (2000–2004), and Executive Vice President of the Clinton Bush Haiti Fund (2010).