How Europe's Millennials Killed the EU 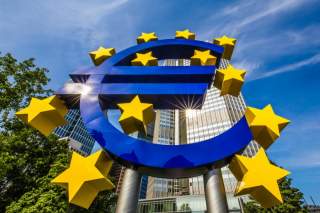 “Can anybody tell me the last time a prevailing culture of anti-intellectualism has led to anything other than bigotry?” decried Nicholas, a young newspaper reader after Britain voted to leave the EU in the June 23 referendum. At a time of rampaging populism and popular commotion, he surely hit a nerve, the comment duly going viral on social media. Less obvious is that Nicholas and his peers are guilty of the very sin that they denounce.

Bigotry is arguably one of the great winners in the mind-boggling unfolding Brexit saga. During the campaign, arguments vaguely smacking as cosmopolitan or not coming straight from the gut would be singled out and condemned. “Experts” were blamed for all the evils in British society, and leading Leave figures compared economists to Nazi scientists forced to denounce Einstein. EU technocrats are of course blamed for having turned Europe into a Leviathan of inscrutable rules that enchain citizens and defy common sense. Euroskepticism and anti-immigrant sentiment already represent a plurality of the electorate in many European countries. Chancelleries all over the continent are now dreading the moment of reckoning.

But there exists a more subtle, deep-rooted and dangerous kind of bigotry, embodied by the very generation that censures it (and to which, for full disclosure, I belong). It is the bigotry of the so-called “Erasmus generation.” This cohort takes its name from the wildly popular EU university-exchange program, which over the past three decades has enabled an estimated two million students to spend a period of studies in another European country, largely free of charge. Erasmus is credited as one of the few genuinely successful European projects, fostering the kind of open-mindedness that the Brexit vote presumably disproves. As lamented in another passage of Nicholas’s comment: “We will never know the full extent of the lost opportunities, friendships, marriages and experiences we will be denied.” In a truly myth-making fashion, the Erasmus narrative has romanticized the students, as much as the offspring born from their relationships, supposedly the seeds of a genuine European identity.

As reflected in the demographics of the Remain voters, in poll after poll, this is the generation that more than any other venerates the EU and its irreversibility as a kind of groupthink. But inasmuch as the EU today itself increasingly appears to be a fair-weather organization, one cannot overlook that the European loyalties of the Erasmus generation boil down to a number of fair-weather benefits. American political scientist Francis Fukuyama just about nailed it some two decades ago when describing what he called the “American culture of rights” which, he writes in his book Trust, “dignifies with high moral purpose what often amount to low private interests or desires.” Similarly, from free movement of people, to cheaper roaming charges to, these days, the European football tournament, the Erasmus generation has dignified low private interests and desires with an aura of European moralism.

That Europe could model the world on its image was at one point a distinct proposition, even in Britain. The problem with this spirit is that it has come with many rights, but little or no responsibility. It is admittedly a Sisyphean task to defend the idiosyncrasies of EU institutions, the contradictions of its spending, or the intricacies of its legislation. But, by the same token, it has also taken a lot of work to make nativism and xenophobia such accepted, mainstream items in today’s European discourse!

It is often noticed that nobody is prepared to die for Europe—the lack of a European army providing exhibit A for that argument. But the broader point is that the very generation that today feels deprived of their European future by the Brexit vote has for years nonchalantly embraced it as one of the layers of their multiple and rather fuzzy identities. And with each additional layer has comes a decreasing level of engagement.

Any attempt at reconstructing Europe after Brexit will have to stop taking this European idyll at face value. An integrated Europe was at best meant to provide a means to address gargantuan challenges. If the EU may end up no longer serving that purpose, it is also because of the complacency of the next generation of Europeans. Former president George W. Bush, that veritable bogeyman of European values, is credited with coining the phrase “soft bigotry of low expectations” to describe the dismal state of American secondary education. It is a fitting irony that one of the most shining products of Europe’s educated class should suffer from a very similar predicament.

Fabrizio Tassinari is Head of Unit for Foreign Policy at the Danish Institute for International Studies, Copenhagen, and Visiting Professor of European Studies, Humboldt University, Berlin.