How the Federal Reserve Can Cut Rates (Without Being Pushed Around) 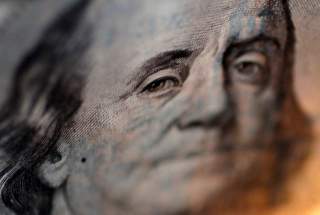 A 0.25 percent cut in the Federal funds rate is more of a token move than a meaningful one. But that is what the market expects, and the Federal Reserve has intimated. It will not matter. To be credible, the Fed needs to cut policy with precision and for a good reason, and that means dumping the useless 0.25 percent target bands and moving policy to a neutral stance.

Worse still, such a placative move appears to either be caving to political pressure or to placate the whims of financial markets. Neither is an acceptable reason to slash interest rates. Both would do damage to the Fed’s credibility. It necessitates better explanation and nuance around the level of interest rates to avoid these appearances.

With jobless claims plumbing to post-World War II lows and consumer sentiment riding decade highs, the timing is suspect from the beginning. Why now?

Thus far, the reasoning from officials has been the consistent undershoot of its 2 percent inflation target and the need to reaffirm its commitment. But even that excuse has seen pushback from its officials. Monetary muscle memory remains from the inflation shocks of the late 1970s and early 1980s. No one wants a repeat blamed on them.

The other oft-cited reasoning is the need to take out insurance against global economic ills and the potential spillover effects on the U.S. economy. This would set a precedent that the Fed is beholden to global developments, not simply its domestic mandate. That precedent could become difficult to walk backward and potentially place the Fed in awkward scenarios down the road.

Because the reasoning for a rate cut is not straightforward (and the Fed’s own communication blunders have exacerbated the issue), there is the appearance that the Fed has been bullied into cutting rates. Whether or not that is the case, that is the appearance and appearances matter for credibility. President Trump has consistently tweeted his displeasure with Fed policy regarding both interest rates and the reduction of the balance sheet. Markets have seized on every opportunity to increase the expectations for easing. If the Fed does not carefully navigate the messaging surrounding a rate cut, it risks appearing subject to the whims of the market or a political entity. The Fed loses credibility regardless.

With weak excuses for rate cuts and bullies pushing for them, the trap appears set. But there is time to escape.

Admitting there is a problem is a good first step. In this case, that means confessing that current interest rates are restrictive to economic growth. This is not a difficult argument to make. The President of the New York Federal Reserve John Williams co-authored the paper popularizing the “natural rate.” The natural rate is an estimate of where the fed funds rate is neutral to growth. The case could be made that the current fed funds rate is above neutral and therefore restrictive to growth.

Moreover, there is little reason to be restrictive. Again, this need not be a difficult explanation. Domestic growth is slowing, and this could further weigh on inflation pressures in the coming months. Signals of overheating are difficult to pinpoint at the moment. There is no reason to be restrictive, but current policy is in restrictive territory and, therefore, there is a legitimate reason to cut interest rates. By laying out clearly the “why now,” the Fed avoids skeptics being able to accuse it as caving to market or political pressures and a crisis of credibility avoided.

That is not the entirety of the issue for the Fed though as it must also lower rates to a neutral level. What is the neutral fed funds rate? Using the Fed’s preferred inflation measurement of core PCE and the Laubach-Williams estimate for the natural rate, the answer is about 2 percent.

But a 2 percent neutral rate is a problem for the Fed. The “bands” the Fed announces that are the bounds within which it intends to keep inflation do not facilitate targeting a 2 percent fed funds rate with ease. In fact, there is no straightforward way to shift policy to 2 percent as it sits at the extremes of the 1.75 percent to 2 percent and the 2 percent to 2.25 percent band. In other words, the current construct makes it difficult for the Fed to deliver effective policy. A simple fix, though, is to announce the desired policy in terms of a single figure with 0.125 percent around it allowed. The policy of bands will live on, but the desired fed funds level is also more explicit. Problem solved.

Granted, it requires some out of the box thinking around the use of the current bands and their inherent arbitrariness. But this would aid in separating Fed decisions from market pressures by inserting a significant amount of uncertainty. Furthermore, it will be clear that the Fed has lowered its rates for a reason, allowing the Fed to regain control of expectations.

The Fed is running out of time to avoid the appearance of being bullied into cutting interest rates. By announcing a return to neutral, the Fed buys itself more time to coherently construct an outlook for monetary policy at its coming meetings. This is not going to be easy for the Fed to navigate, but as long as the Fed has a legitimate reason for cutting rates, there is no reason for it to appear bullied into doing so.