How to Fix the Fractured Department of Homeland Security Framework 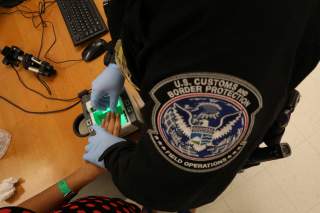 With legislation to reauthorize the Department of Homeland Security currently being debated on Capitol Hill, the role of the department in directing homeland security operations should be an area of focus.

The Homeland Security Act of 2002 created a department with exceptionally weak central authorities over the various operations, such as those of the Transportation Security Administration, Customs and Border Protection, Immigration and Customs Enforcement and the Federal Emergency Management Administration (FEMA), to name a few. In short, it was by design that the power in the Department of Homeland Security largely resided within these operational components. Yet, the secretary and the department are directly accountable to the American people, the president and Congress for the success and failure of the homeland-security mission.

Successive secretaries have recognized this issue and attempted to rebalance the roles and authorities of DHS and its components. Each has attempted to establish greater control over operational employment of the department’s assets and resources.

However, secretaries have also not had the capacity—based on lack of directive authority and a small, under resourced headquarters staff—to manage operational issues. This has made directing the department’s assets toward a focused operational outcome challenging. The end result was a department that functioned like a holding company rather than a single agency.

In some cases, coordinating bodies were created to fill perceived operational vacuums. For example, Secretary Napolitano also created the Counterterrorism Advisory Board in 2009 to coordinate counterterrorism efforts across the department.

Under Secretaries Jeh Johnson and John F. Kelly, more formal efforts were made to establish authority at the departmental level. Secretary Johnson’s unity of effort initiative explicitly sought to build structures such as the joint task forces with responsibilities for geographic and functional areas. Such structures would allow the department to employ a range of coordinated assets for achieving key operational effectiveness along the southern border and in investigations. The task forces were modeled after the Unified Command Plan in the Department of Defense. The task forces would also provide the secretary with reporting chains other than through the components. The current reporting chain for the task forces is through the Department of Homeland Security’s Office of Strategy, Policy and Plans.

During his tenure, Secretary Kelly sought to implement a “joint staff” structure at agency headquarters. While many of the pieces of such a staff are resident in the current department structure, one of the significant shortfalls is in the exercise of operational control. The current department operations center does not have the authority to direct operations or provide comprehensive reporting on operational issues.

Over time, an incremental approach has been employed to redress operational shortfalls, but that approach does not confront the broader question of the role of Department of Homeland Security in managing operational issues. Slavishly adopting a Department of Defense model has limitations as the homeland-security mission space does not have a chain-of-command that stretches from the president as commander-in-chief to the lowest levels of the deployed forces, nor the resources to implement these models.

In fact, the Department of Homeland Security’s role changes depending on the nature of it various missions. For border control, the department can direct operations along the border in coordination with the local authorities. For critical infrastructure security—a vast majority of which is held privately—the department serves to regulate, advise and support as required. For disaster management, state and local authorities are in charge and request federal support as necessary.

These changing roles based on mission and evolving situations argue for a closer alignment of operations and policy. For border activities, the secretary, through the department’s Office of Operations Coordination, could exercise directive authority over the forces. Meanwhile, for critical infrastructure and disaster planning, the department’s Office of Strategy, Policy and Plans could lead the coordination activities and the Office of Operations could prepare for crisis-management activities in the event of an emergency. The operations and policy relationship could be further strengthened through the alignment of the operation missions under the recently elevated Under Secretary for Strategy, Policy and Plans.

During the debate on the Department of Homeland Security’s reauthorization legislation, a more fulsome discussion of the future role for the department headquarters in operational issues would be helpful and likely yield opportunities for garnering greater operational effectiveness and efficiencies. Such a discussion could also include the complex congressional relationships that surround the homeland-security mission space.

Image: A woman who is seeking asylum has her fingerprints taken by a U.S. Customs and Border patrol officer at a pedestrian port of entry from Mexico to the United States, in McAllen, Texas, U.S., May 10, 2017. REUTERS/Carlos Barria