How to Fix the National Laboratories 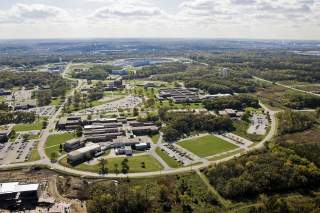 The Department of Energy’s (DOE’s) National Laboratories are a core engine of the U.S. national innovation system but one in urgent need of a tune-up if the United States is to meet the pressing challenges of energy security and climate change mitigation. The next administration and Congress must modernize the policy framework shaping the National Labs to allow them to more effectively drive the innovation necessary to meet energy policy priorities.

The seventeen National Labs, which have an annual budget of about $14 billion, are owned by the government and (with one exception) operated by external, independent contractors. The Labs are widely recognized as invaluable resources to the nation. They played an important role in the Manhattan project, in the development of energy technologies – including nuclear power, solar power, and shale gas technology – and continue to advance the frontiers of science in areas such as high energy physics, scientific computing, cyber security and quantum cryptography. Recently, Congress has renewed its interest in addressing long-standing issues in Lab management. Our research (described in a recent article in Nature Energy) highlights worrying trends in Lab performance related to energy innovation and outlines steps we believe are required to improve performance.

Our work concurs with numerous reports that cite a breakdown in trust between the Labs, DOE, and Congress. This breakdown results from a vicious cycle: fiscal and political pressures force Congress to demand ever-greater evidence for the effectiveness of Lab research and development (R&D). In turn, DOE and its Lab-management bureaucracy have implemented more onerous reporting requirements and operational mandates. By one measure, non-research costs associated with running the Labs have doubled as a share of the total Lab technology budget from 1990 to 2015. Consequently, a smaller fraction of the funds are allocated to actual research, and the R&D that is conducted is of a less risky nature, risk that is essential for innovation. Further, the Labs have limited incentives to engage in novel initiatives and in outside collaboration with the private sector. Finally, disappointing Lab performance, a consequence of increasingly burdensome oversight, reduces the Labs’ ability to produce results, creating more pressure from a distrustful Congress and DOE management.

The management practices of the Labs have created a climate where the high-risk, high-reward R&D necessary to meet DOE’s energy innovation mission is too often avoided. The climate instead favors R&D that delivers predictable results over short horizons to satisfy Congress and DOE. One exception where high-risk, high-reward R&D thrives in the Lab ecosystem is the Laboratory-Directed Research and Development (LDRD) program. The LDRD program allows Lab researchers to have direct input into the Lab’s research agenda, representing a key mode for research largely (but not fully) outside of the purview of Congress and DOE. We find that when Lab researchers are in charge of R&D direction, more measureable innovation outputs emerge. Examining records from 2007-2012, we calculate that for every dollar of LDRD funding, there have been nearly four times as many inventions disclosures compared to other DOE-funded projects at the Labs. Similarly, on a dollar-to-dollar basis, two to four times as many patents result from LDRD than from the broader pool of DOE funding.

The decision to formalize the LDRD program in 1991 was remarkable for the forward-thinking trust it put into the Labs to shape the research agenda. In many ways, the LDRD program parallels “bottom-up” innovation programs utilized at Google and previously at Bell Labs to encourage employees to engage in discretionary research. Unfortunately, while demonstrably successful, the LDRD program has been both downsized by Congress and underutilized by the Labs. Congress and DOE should encourage greater utilization of LDRD to create safe space for researchers at energy-focused Labs to select and execute path-breaking R&D projects.

Many policymakers believe that the Labs should concentrate on what is sometimes referred to as “basic research,” while the private sector should pick up research at the “applied” stage. This belief assumes that the fruits of basic research will simply “trickle down” through the economy and spontaneously lead to technology commercialization and diffusion. Decades of research on innovation systems show that this “linear model” of innovation does not reflect innovation’s true interconnected nature. Policies guided by the flawed linear model have created a disconnect between the Labs and the private sector, a critical hindrance towards DOE’s mission of “transforming the nation’s energy system.” As the private sector owns and manages the majority of the nation’s energy infrastructure, transforming the energy sector implies the need for more frequent and in-depth interactions between the Labs and private stakeholders. Further, the private sector has unique practical and market experience which can help the Labs identify opportunities for new problem-oriented innovation.

Improving Lab-private sector collaborations for commercializing inventions will require Congress to delegate broader discretion to the Labs to enter into flexible collaborative R&D contracts and creative technology licensing agreements. In addition, the Labs can accelerate the commercialization of ideas through improving outside access to their user facilities and increasing incentives for Lab researchers to engage with startups and private firms.

Laura Diaz Anadon is University Lecturer (Assistant Professor) in Public Policy at the Department of Politics and International Studies at the University of Cambridge and Research Associate at Harvard Kennedy School’s Belfer Center for Science and International Affairs. Gabriel Chan is Assistant Professor at the University of Minnesota's Humphrey School of Public Affairs in the Science, Technology, and Environmental Policy (STEP) area. Amitai Bin-Nun is Director of the Autonomous Vehicle Initiative at Securing America's Future Energy. Venkatesh Narayanamurti is the Benjamin Peirce Research Professor of Technology and Public Policy at the Harvard School of Engineering and Applied Sciences and the Harvard Kennedy School.