How Foreign Nations View the 2020 Election 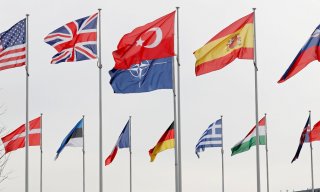 Now that Joe Biden has claimed victory over Donald Trump, the implications for American foreign policy can hardly be exaggerated. A variety of countries, ranging from Russia to Germany, from Iran to China, have been following the election closely. In particular, allegations of Russian influence that permeated the 2016 election have not been duplicated in 2020. There were street celebrations in London, Berlin, and a variety of other cities, while Brexit leader Nigel Farage urged Trump to keep on battling. British Prime Minister Boris Johnson congratulated Trump as did Indian Prime Minister Narendra Modi. The People’s Daily in China ridiculed Trump’s claim that he won with a “HaHa.”

The intense international scrutiny bears a practical character: the vast gulf between the two candidates’ visions of America’s place in the international order translates into concrete policy differences that can potentially weigh upon the national interests of other governments. Herewith a guide to how the 2020 election is being assessed around the world.

Previously one of America’s biggest trans-Atlantic partnerships, U.S.-German relations have buckled under President Donald Trump’s insistence that Germany is not paying its fair share of the NATO collective defense burden, as well as Washington’s persistent attempts to stop the Nord Stream 2 pipeline deal between Germany and Russia. “We want a new deal in this partnership. We are ready to invest in our relationship,” said Germany’s Foreign Minister Haiko Maas. “Regardless of what the election results are, there are a lot of strategic questions we can only solve together with America,” he added. But, implied Maas, Berlin’s foreign policy thinking is more closely aligned with Trump’s Democratic opponent: “Joe Biden stands in a tradition that sees multilateral cooperation as America’s strength.” Maas’ judgement is echoed by the broader European Union architecture; as Janis Emmanouilidis, director of Brussels think tank the European Policy Centre, put it, “no one is naive, thinking that we will return to some form of status quo ante. You will not be able to return time to the good old days. So there will still be problems in the trans-Atlantic relations. But with respect to a Biden presidency, there are hopes that the situation could substantially improve.” German chancellor Angela Merkel has called to congratulate Biden on Saturday and Finance Minister Olaf Scholz said on Twitter, “Now there is a chance for a new and exciting chapter in transatlantic relations. The U.S. remains Europe’s most important and closest partner.”

Russia has consistently stressed its willingness to work with either candidate—late last month, the Kremlin’s press secretary Dmitri Peskov rebuffed suggestions that Moscow prefers the incumbent: “it would be wrong to say that Trump is more attractive to us.” But Russia’s political commentary sphere has proven more polarized. Some cite Biden’s readiness to extend the New START treaty without additional conditions as evidence that Biden is someone that the Kremlin can do business with; others have expressed concern over the Democratic candidate’s “Russophobic” cabinet picks and predict that, under a Biden presidency, Washington’s policy of rollback will escalate to an unprecedented level. But there is also an overarching belief that Washington’s Russia policy is so deeply embedded across U.S. institutions that not much is likely to change in U.S.-Russian relations. As Peskov put it, “there is a fixed place on the altar of US domestic policy for hatred of Russia and a Russophobic approach to bilateral relations with Moscow.” Still other commentators are interested in the process as much as the outcome, drawing attention to ongoing mass unrest and allegations of electoral misconduct in order to argue that Washington has forfeited its moral authority to lecture others on proper democratic procedure and the orderly transition of power.

President Trump has pursued a policy of rollback against China, launching a wide-ranging trade war with Beijing and breaking decades’ old tradition to speak with Taiwan’s president shortly following his January 2016 inauguration. It comes as no surprise that there is little love lost between Beijing and the Trump White House, but neither the Chinese government nor Chinese state-run media have gone as far as to explicitly endorse Joe Biden. At a press conference on Thursday, China’s Vice Foreign Minister Le Yucheng offered the following view: “[we hope] that the new US administration will work with the People’s Republic of China to build our relationship without conflict, without confrontation, based on mutually respect and mutually beneficial cooperation.” Without mentioning either Trump or Biden by name, state-run Chinese newspaper ChinaDaily noted on Wednesday that the election is an opportunity for “hard-liners in Washington” to re-examine what the publication paints as Washington’s self-defeating policy of confrontation. But the article’s sub-text hints at a clear partisan preference: there is no reason why China and the United States cannot pursue a mutually-beneficial relationship, writes ChinaDaily, but for the “‘America first’ policymaking” of “ultra-conservatives.”

In Tehran, the political air is thick with anti-U.S. sentiment. Supreme Leader Ayatollah Ali Khamenei took the election as an opportunity to attack Donald Trump: “the incumbent president, who is supposed to hold the elections, says this is the most-rigged U.S. election throughout history. Who says this? The sitting president who is arranging the elections himself. His opponent says Trump intends to widely cheat. This is American democracy.” Khamenei added that the election “is none of our business, meaning it won’t influence our policy at all. Our policy is clear and well-calculated and people coming and going will have no impact on it.” Despite Khamenei’s apparent lack of interest in the outcome, it remains a stated goal of Iranian foreign policy to save the Joint Comprehensive Plan of Action (JCPOA) that was negotiated between Tehran and the Obama administration in 2015. Trump pulled out of the Iran nuclear deal in 2018 as part of his administration’s maximum pressure strategy against Iran—Biden pledges to return America to the JCPOA if elected.

Official North Korean channels have abstained from commenting on the U.S. election. DPRK’s state media outlet Tongil Sinbo did, however, publish an article on election day stressing North Korea’s “undefeatable friendship” with China. Experts widely believe that Pyongyang is planning a series of nuclear provocations in the aftermath of the election as a source of leverage—and means of pressure—against whoever wins the White House. Meanwhile, South Korea is preparing divergent plans to move forward with peace talks on the Korean Peninsula under either a Biden or Trump administration. “If Biden wins, US-North Korea talks will be difficult for some time,” said Kim Hyun-wook, a Professor at the Korea National Diplomatic Academy, in an interview with the Korea Herald. “(If Trump wins) there could be another summit. The US won’t make a ‘bad deal,’ but (Trump) appears to be very interested in making peace deals, like in the Middle East, so there could be a small deal,” added Kim.