How France is Fueling Japan and China’s Nuclear 'Race' 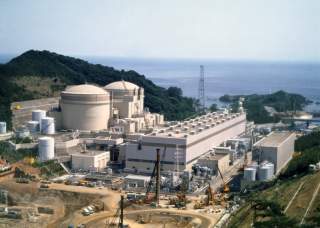 While the world is focused on Iran and nuclear proliferation in the Middle East, an accelerated round of nuclear plutonium production is about to get started in East Asia. Areva, the French nuclear export firm, is desperate for business, and therefore is seeking to sell a large plutonium separation plant to China. It is simultaneously urging Japan to start commercial operation of its large plutonium recycling complex, despite the unfavorable impact this would have on efforts to rein in worldwide production of nuclear explosives.

Innocent as this statement may sound, behind it is an effort by nuclear bureaucracies in the two countries to keep alive outdated industrial nuclear policies that make no economic sense and potentially threaten a nuclear arms race in Northeast Asia. That “longtime” Japanese policy involves producing plutonium, many tons of it for use as fuel. Plutonium, of course, is also used in nuclear weapons, and just a few kilograms suffice for a warhead. Not surprisingly, China and South Korea take a considerable interest in Japan’s plutonium policy. Japan’s example also threatens the worldwide effort to restrain the spread of nuclear weapons.

Japan is on the verge of operating a large reprocessing plant at Rokkasho that is capable of separating eight tons of plutonium annually from used nuclear fuel. This $20 billion plant was, from the beginning, a triumph of nuclear ideology over economics. The plutonium fuel it was supposed to produce for Japan’s power reactors would cost several times as much as the uranium fuel it would displace. After Japan’s Fukushima accident and the subsequent closure of its nuclear reactors, only a small fraction of which will return to operation, the Rokkasho plant lost whatever plausibility it had. Japan already owns about thirty-five tons of plutonium separated and stored in France and Britain, and has nearly eleven tons on hand in Japan.

The public awareness of Rokkasho’s unwarranted expense and possible weapon applications has put Japan’s bureaucratically rigid nuclear establishment on the defensive. The plant’s operation, while still likely, is no longer assured—which is why France is rushing to “help ensure Japan maintains its longtime policy.” France has been involved with Rokkasho through the Areva nuclear industrial group, and is currently negotiating with China to build a similar reprocessing plant there. A Japanese decision not to operate Rokkasho would reverberate throughout the tightly connected nuclear world, and might well cause China to rethink its reprocessing project. This would be a severe blow to Areva, which is in deep financial trouble. Its latest reactor projects are ballooning in cost and encountering technical difficulties, and its reprocessing business is losing customers. It needs Japan to stick with its “longtime policy.”

There is a larger dimension to the French-Japanese nuclear connection. The nuclear establishments in both countries embraced, early and powerfully, the original nuclear dream of using reprocessed plutonium to fuel a new generation of fast breeder reactors that would then take over the generation of electricity. (These would in principle consume all uranium fuel as opposed to current reactors that only use about one percent of it, and so would be a power source with an essentially infinite supply of fuel.) Both countries built prototype breeders but found a commercial shift to these advanced reactors to be technically and economically unrealistic. But both countries continue to cling to their original aspirations.

The French have also learned that you don’t need economic technology to make lots of money: you just need someone to pay for it. The Japanese played that role over the past few decades. The nuclear authorities had promised the communities around Japan’s power reactors that the radioactive-used fuel would be removed. The French were happy to accept it for reprocessing—for a steep price that included an up-front Japanese contribution to pay for building a French reprocessing plant. Now, France is urging Japan to waste money on its own plant so that France can gain a profit in China. The trouble is that there is more than money at stake.

However much Japan reiterates its Nonproliferation Treaty pledge to abjure nuclear weapons, and complies with IAEA inspections, China worries about Japan’s nuclear weapons potential. If Japan goes forward with the Rokkasho operation when economic arguments are decidedly against it, China’s concerns will multiply many times over. Everyone is aware that if the plant were put to military use, it would be capable of producing more than a thousand bombs’ worth of plutonium per year. In these circumstances, international inspections cannot provide a “timely” warning of diversion to military use. Japan’s argument, that plutonium drawn from power reactors is not useful for bombs, conflicts with what weapon scientists say.

In any case, if Rokkasho enters commercial operation then China’s reprocessing and fast breeder enthusiasts will likely get the green light from their government for a reprocessing contract with Areva. China’s plan is to store plutonium fuel for a fast breeder prototype, but the project would also give China the option to rapidly increase the size of its nuclear arsenal, a point not lost on some Japanese strategists.

In the wings is South Korea, which has been pressing the United States to allow it to reprocess plutonium in the US-ROK nuclear cooperation agreement. It sees itself as the equal of Japan and will not stand for being left behind. We may well end up with a spiraling commitment to reprocessing and plutonium fuel in Northeast Asia. This would sharply reduce the margin between nuclear energy use and weapons in both Japan and Korea. And it would give respectability to adopting reprocessing in countries around the world with mixed motives.

This is not the first time that French reprocessing threatened proliferation problems. In the 1970s, the U.S. government realized that French sales of reprocessing technology to Pakistan, South Korea and Taiwan had “path to a bomb” written all over them. The American government jumped in forcefully and managed to persuade France to stop all three deals.

The United States insisted at that time that whatever the industrial arguments, international security should come first. President Gerald Ford stated in 1976 that plutonium should not be separated or used as a fuel—by any country—until we are confident “that the world community can effectively overcome the associated risks of proliferation.” Surely we have not reached that point.

It is unsurprising that Japan’s nuclear establishment cannot easily give up the course it has been on for many decades, and thus appeals for “understanding” of Japan’s unique circumstances. But if nonproliferation standards are to work, they have to be common standards, applicable to all. Japan needs to take into account that going ahead with Rokkasho will likely initiate an East Asian competition in plutonium stockpiling that will be difficult to control. The right decision is to put Rokkasho on hold. And France should reconsider the dangers of making separated plutonium more widely available. It should stop selling reprocessing technology and stop encouraging others to reprocess.

Victor Gilinsky is a former US Nuclear Regulatory Commissioner. Henry Sokolski is executive director of The Nonproliferation Policy Education Center and author of Underestimated: Our Not So Peaceful Nuclear Future (2015).