How George Kennan Would Contend with China's Rise 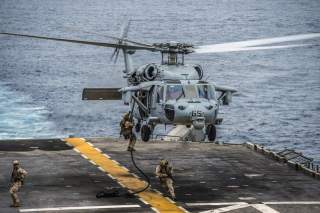 In his classic critique of U.S. foreign policy, The Irony of American History, Reinhold Niebuhr warned that the complexities of human behavior, the unpredictable fears and hopes, and ambitions and hubris, renders the idea of tailoring outcomes a near impossibility:

The illusions about the possibility of managing historical destiny from any particular standpoint in history, always involve … miscalculation about both the power and wisdom of the managers and of the weakness and manageability of the historical ‘stuff’ to be managed.

This applies both to the efforts of Xi Jinping and the CCP Politburo to micro-manage change in China and no less to U.S. policy efforts to steer China in desired directions. For the United States it means sustaining a faith in the “soft power” appeal of universal values—freedom and democracy—not how the dynamic of change in China is playing out at any given point. It is the perceived constancy of the U.S. commitment that is important.

The challenge to the United States is: can we have the patience and foresight to sustain the security counter-balancing pressure while facilitating the U.S. economic relationship with China, now nearly $600 billion in annual two-way trade. China’s pursuit of radical market reforms while tightening all social and informational controls is unsustainable. Over time, China’s internal contradictions will play out. Either the Communist Party rule will unravel, as some pessimistic analysts argue, or—more likely—Xi or some future Chinese leadership will pragmatically adapt and gradually move towards genuine rule of law and some variation of political reform and pluralism, perhaps as offered by the Singapore model.

Americans tend to seek instant gratification. But China strategy calls for playing the long game. Double down on economic engagement with China. Recall the more than a century-long timeline—punctuated by devastating military conflicts—before Europeans moved from Monarchy to parliamentary democracies. If we believe in our values, the United States should be able to see gradual change in China. Indeed, the China of 2010 was immensely different that the China of 1970. And the China of 2035 will not be that of 2015.

This is not to argue that China will “be like us” or not act like a Great Power, which is how it already sees itself. Nor does it mean that we can expect the uncontested U.S. pre-eminence of the post-Cold War world to endure in its current form. But it could mean that China will evolve into a partner we can work with in a world of diffused power.

The policy challenge for the United States will be to adjust and adapt to the structural change in the global system represented most vividly by the rise of China, while at the same time, protecting and advancing our economic, political and security interests in the Asia-Pacific region. In this context, Kennan’s prescription that policy toward the Soviet Union -- read China-- must be “long-term, patient, but firm and vigilant” offers the best hope of China’s evolving into a benign, if competing, partner.

Robert A. Manning is a senior fellow of the Brent Scowcroft Center for International Security at the Atlantic Council and its Strategic Foresight Initiative (tweet: @RManning4); James Przystup is a Senior Fellow at the National Defense University Institute for National Security Studies (INSS). His views are his alone and do not represent the views or policies of the national Defense University, the Department of Defense or the US government.