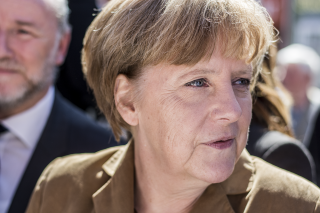 Two decades later and once again the Germans, this time under Merkel’s leadership, were playing a similar role in events leading to the Ukraine crisis. A Germany-led EU made the critical diplomatic move of inviting Ukraine to sign a new cooperation agreement, without pondering the consequences of such actions, including its impact on stability in Europe and the potential for a confrontation between Moscow and the West.

Once again, the United States is in the process of refocusing its attention on China and East Asia while cooperating with Moscow on several fronts, including on Syria and Iran, and is forced to intervene in historic ethnic rivalries that have little to do with core U.S. national interests. Bismarck would have applauded, Angela.

Indeed, Merkel, like Genscher, has done what was in Germany’s self-interest while Washington pays the costs. It was first drawn into a bloody war between the Croats and Serbs in the Balkans and, more recently, into a war between the Ukrainians and Russians in Crimea. Note that the ensuing diplomatic fight between Washington and Moscow intertwined with the 2016 presidential election.

During World War II, the Germans were allied with the fascist Croatians and Ukrainians against a Russian-American alliance. Genscher and Merkel have succeeded in turning the tables. They now have the Americans fighting on their side and have succeeded in conforming the Russians and the Serbs—all in the name of protecting universal principles. The führer is probably smiling.

On one level, Merkel has emerged as a diplomatic winner, lionized by Western political and intellectual elites as a symbol of liberal resistance to the Trumps, Le Pens and Putins of the world. She has asserted German economic dominance in Europe while continuing to free ride on American military protection at the same time.

But on another level, notwithstanding all the praise from the likes of the Economist and the New York Times, this kind of soft power will not turn Germany into a global or regional superpower because it lacks the hard military power necessary to protect the liberal international order.

Neither Merkel’s Germany—nor Justin Trudeau’s Canada, for that matter—has become a liberal haven where metrosexual intellectuals and feminist technocrats feel at home. But the liberal international order that protects them against those who seek to destroy the West will continue to be secured, and to a large extent determined, by the United States and the men and women that Americans elect as their leaders.