How to Get Terrorists to Talk 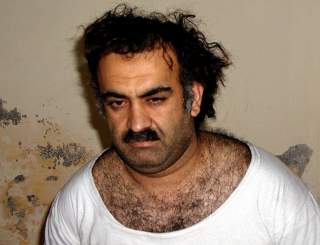 I ran the CIA's operations to counter al-Qaeda's efforts to acquire weapons of mass destruction (WMD) from 2001-2004.

By the time Khaled Shaykh Muhammed (KSM) was arrested in March 2003, the CIA had confirmed the existence of al-Qaeda secret programs to acquire nuclear and biological weapons. We knew that Osama Bin Laden personally approved a systematic, long term effort that began several years before the September 11 attacks. We knew that al-Qaeda's deputy chief, Ayman Zawahiri, personally managed the programs. We had collected numerous names, locations, and were aggressively pursuing leads to WMD in dozens of countries. Much of the information that we collected after the 9/11 attacks was corroborated by our international intelligence partners.

But there were key questions for which we did not have answers. Had al-Qaeda managed to acquire WMD?

We did not know.

Our concerns in this regard were heightened when Pakistani biologist Rauf Ahmed confessed in 2002 that he personally discussed causing a mass casualty attack in the United States using bacillus anthracis with Ayman Zawahiri. Among the pieces of evidence was a letter that Ahmed had written to the al-Qaeda Deputy Chief relating the progress of his efforts. We were able to confirm Ahmed’s biological weapon-related relationship with Zawahiri through a number of sources.

When the interrogation of KSM began, my group made a conscious decision to pursue WMD-related debriefing sessions without employing enhanced measures of interrogation. The reason was simple: we wanted to avoid a situation where KSM felt pressured to fabricate information.

In addition, we didn't know if KSM had detailed knowledge of al-Qaeda's WMD efforts. Our information suggested KSM was on the periphery of the biological weapon and nuclear programs. By all accounts, he was not directly involved in them. That made sense to us, because al-Qaeda took great care to compartmentalize its plots against the United States. Only a dozen or so senior members of the group were aware of specifics of the 9/11 attacks. If al-Qaeda aspired to use a WMD against the United States, the leadership would take great precautions to limit the "need to know" of what was being planned for future attacks.

With this in mind, I dispatched an officer with an encyclopedic knowledge of the terrorist organization and their WMD programs. Her instructions were to duel wits with KSM, to question him methodically, flash hints of what we know, and patiently point out inconsistencies in his responses. We had another advantage to introduce into the debriefings. KSM was captured in an al-Qaeda safe house. KSM was arrested during a raid the home of a Pakistani biologist, Abdul Quddos Khan.

Pakistani intelligence also seized several computers with incriminating information concerning WMD during the KSM capture operation, including a document attributed to senior al- Qaeda operative Adnan Shukrijumah. The document with the heading "The Martyr Jaffar al-Tayyar” featured a map with an arrow from Afghanistan pointing to the continental United States. This was concerning, because the FBI had reports suggesting that Shukrijumah may have had contact with al- Qaeda operative Mohammed Atta in the US, prior to 9/11.

If nothing else, KSM would have to account for the WMD- related documents seized in his possession.

During the debriefing, KSM sought to manipulate and deceive the WMD debriefer. This was no surprise. KSM was wily and committed to his cause. The CIA had recovered training documents concerning al-Qaeda's resistance tactics. The group assumed the CIA would use the kind of methods they themselves would use on American hostages, including unspeakable methods of torture. The al-Qaeda torture manual outlined ways to counter presumed US interrogation and torture tactics. Nothing CIA had in mind remotely matched the terrorists' expectations of what would happen to them, if they were to come into US custody.

For her part, the CIA debriefer methodically pointed out the discrepancies in his story. She showed him printed copies of the "take" from the computers seized at the safe house. KSM blinked when she correctly pointed out that we had found the nuclear and biological weapons programs, and only needed KSM's cooperation to confirm what we already knew.

The turning point came when she provided details of al-Qaeda's WMD programs that KSM was unaware of. His face betrayed the moment he realized the WMD programs had been concealed, even from him. It wasn't possible to read his mind, of course, but KSM's self-importance, his arrogance, presented the vulnerability we were looking for. He was wounded by the notion that the mastermind of 9/11 was not brought into the loop on possible future attacks.

That night, KSM completed a "homework assignment" to flesh out details on al-Qaeda's WMD programs. He rendered a written report containing crucial details of the nuclear and biological weapons programs and provided new leads for us to pursue. He noted that the group's explosives expert, Abdul Aziz al-Masri, was experimenting with implosion techniques in the Afghan desert, in order to maximize the explosives yield of a nuclear device.

In the detailed description he offered, KSM confirmed that al- Qaeda was not seeking a "dirty bomb." Al-Qaeda was out to buy, steal or build a nuclear device to produce a mushroom cloud over a US city. This confirmed a report we had received from another source.

Going into debriefing KSM, we understood that it is impossible to compel someone to tell you something that he does not know. That problem is exacerbated if you do not know what he knows. However, it is possible to use psychology and mind games to gain valuable information through interrogation.

In my experience, the most important ingredient in successful detainee interrogations was the expertise of the debriefer, not the employment of physical means in order to compel a dubious confession. On many occasions, the value of information obtained through interrogation was proven beyond a doubt. What is unknowable is how the use of enhanced measures affected the substantial debriefing sessions.

For example, we ultimately found the crude laboratory in Kandahar, Afghanistan, where Pakistani biologist Rauf Ahmed stashed equipment he had ordered to Ayman Zawahiri’s specifications. We went to the hospital laboratory in Kandahar where Malaysian “Anthrax CEO” Yazid Sufaat claimed to have isolated a virulent form of bacillus anthracis. There, a joint FBI-CIA-military team collected forensic samples and evidence of biological weapons-related activity, precisely as Sufaat had claimed under interrogation by Malaysian authorities.

In addition, there is little doubt al-Qaeda seniors in the Kingdom of Saudi Arabia were in fact pursuing what they thought were three Russian nuclear devices of some kind, in the spring of 2003. The communication pertaining to the purchase was handled by the al-Qaeda core leadership located in Iran, Saudi Arabia and in Afghanistan-Pakistan.

From the outset, we were well aware it might be a scam, but it was never confirmed as having been a scam, as reported publicly. What we do know is the resolute action by the Saudi Arabian authorities disrupted the transaction and led to the arrests of the al-Qaeda operatives who were involved.

During this same time frame, in May 2003, senior Saudi cleric Nasr al-Fahd publicly issued a religious ruling, or fatwa, justifying the killing of millions of Americans with WMD. Al-Fahd was subsequently arrested in an al-Qaeda safe house by the Saudi authorities.

Through interrogation, numerous gaps were filled in CIA’s understanding of al-Qaeda’s WMD programs, which helped lead to their disruption. In this context, some of the SSCI report’s conclusions are flawed in that they lack a complete understanding of the full body of information that had been collected. Much of this information remains hidden from the public view, as it should, unlike the voluminous information that has been released on enhanced measures of interrogation.

As the US moves forward to confront new threats, we must take care not to become risk averse over the controversy in employing enhanced measures of interrogation. We must be careful not to draw the mistaken conclusion that the capturing and interrogating terrorists is not worth the political fallout that this entails.

CIA and the US military, working with our foreign partners, must continue to have the full support of their leadership to identify, capture and interrogate terrorists, wherever they may be found, in a manner which is deemed consistent with US values.

Rolf Mowatt-Larssen is a senior fellow with Harvard Kennedy School’s Belfer Center for Science and International Affairs. He served as a CIA intelligence officer for 23 years, where he headed the WMD department and counterterrorism center among other positions. He served also as director of Intelligence and Counterintelligence at the U.S. Department of Energy.