How to Get the Trans-Pacific Partnership Through the Lame-Duck 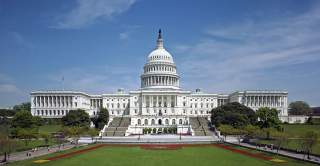 What we all want in the United States is high economic growth, low unemployment, an end to manufacturing job loss, and a solution for economic inequality. The good news is that we can do all of this and that it can be paid for. The bad news is that some political elements will have to reconcile with their own past statements, interests and positions and then put an overall program into action. In today’s caustic political environment that will be difficult, but if we care about where our country is going, it is necessary.

Current trends in the United States have led inexorably to a form of isolationist nationalism that blames international trade and foreign influences for shortcomings in our general welfare. It is lower income, blue-collar workers who have been the most vulnerable to the employment consequences of international trade. That segment of society has clearly been abandoned by our political system. Unfortunately, the justifiable level of resentment in this segment has manifested in counterproductive demands. Implementation of tariff and nontariff trade barriers, as advocated by partisan advocates, will only accelerate the very trends that they seek to arrest. Only a realignment in terms of distributive justice can resolve this potentially malignant conundrum to the benefit of all segments of our society. A proposed solution is outlined here.

Strong economic growth can be used to address these problems and there are only three ways to significantly increase economic growth. These are increasing available resources, improving efficiency and productivity and engaging in international trade. While our resource growth occurs sparingly, the U.S. manufacturing sector is moving very quickly to increase efficiency and productivity through improvements in technology that require less human input. The degree to which this has affected overall manufacturing job loss is a matter of debate. Academic studies have demonstrated that as much as 85% of manufacturing related unemployment is the result of technology improvements in manufacturing processes. At the other end of the debate, interest groups such as the Economic Policy Institute (EPI), a labor-friendly think tank, have argued that it is international trade that has directly caused the loss of 1.4 million manufacturing jobs between 2007 and 2014. EPI attributes both the trade deficit and the resultant loss of manufacturing jobs to manipulation of foreign currencies, in particular manipulation by China.

It is true that the strength of the U.S. dollar hurts exports and enhances imports. There are 6.8 million jobs in the United States that are attributable to the export of goods. In promoting solutions to the overall trade deficit problem, we must be sensitive to the potential for losing export related jobs in protecting domestic manufacturing jobs. The 2015 U.S. trade deficit in goods and services was $531 billion. However, the goods deficit alone, which directly impacts manufacturing jobs, was approximately $759 billion.

In a normal economic world, the effect of having a large trade deficit would cause the value of the U.S. dollar to decline, which would make U.S. goods and services less expensive to the rest of the world. Because U.S. goods and services would be cheaper, the trade imbalance would self-correct. Exports would increase and imports would decrease in global trade. However, the U.S. economy is the platinum standard for global economies and thus, it is the place those nations with trade surpluses want to park their wealth. The U.S. dollar is also the world’s “reserve currency” which means virtually all international trade is denominated in U.S. dollars. As the global reserve currency, our international power, for instance in imposing trade restrictions on rogue nations, is greatly enhanced. Unfortunately, the effect of these factors is that, notwithstanding the deficit, the dollar won’t weaken and our trade deficit and related unemployment continues.

The pain felt in the manufacturing sector, combined with strong social psychological tendencies, has led to a peculiar situation. Research has shown that society can have a strong emotional reaction to some forms of human suffering that takes precedence over support for more general types of societal benefits. The sight of children starving, hurricane and earthquake victims, plane crash survivors and war wounded, among others, will always create a sharp emotional response which is just human. Similarly, closing factories, previously thriving towns now deserted, and the destroyed lives of middle aged workers with all the attendant miseries evoke that powerful emotional response. An example is the plight of a small number milk producers in Belgium almost scuttling a trade agreement between Canada and the European Union that, presumably, will benefit over 500 million people. Small suffering segments of society are in a very powerful position by having the capability to deny substantial benefits to society in general by their suffering. Why not directly address the actual circumstances that trigger this response rather than establishing solutions that will do more damage to exactly those same constituents who need assistance?

On the campaign trail trade agreements in general are demonized. Pending free trade agreements, the Trans Pacific Partnership (TPP) and the Transatlantic Trade and Investment Partnership (TTIP) between the United States and the European Union, have come under an enormous level of negative scrutiny. What seems to be the common wisdom among opponents of these trade agreements is that by not entering into them and becoming isolationist, we will stop factory closings, eliminate the trade deficit, and end manufacturing layoffs, among other positive outcomes. I contend that by addressing those problems directly and utilizing the highly touted societal economic benefits of these agreements and trade, we can “have our cake and eat it too.”

However, it will take the recognition that we need to partially internalize those economic benefits to pay for the costs of directly addressing those problems. Leaving the harmed segments of society on their own while forsaking trade agreements benefits no one. Today, free trade clearly benefits two major segments of society under our current constellation of laws and regulations. One segment is the low income and poor segment that need to purchase cheap imported goods to survive. The other segment is comprised of those in the upper income brackets who, because of our tax and market structure, can internalize those benefits for themselves.

Free trade in general already benefits the U.S. economy by as much as $1.5 trillion per year in additional income. There is a tremendous level of irrefutable evidence that there are substantial economic benefits in economic growth to be realized by entering TPP and TTIP. The Brookings Institute has estimated that TPP would add between $57 billion and $131 billion per year to our economy by 2032 when the agreement would be fully in place. Other experts have asserted that the TTIP could boost the U.S. GDP by 5 percent or more when fully implemented. The question is, would leaving these trade agreements on the table help those elements of our society that are, in fact, injured by the resulting trade? The answer is no.

There will be continuing job loss in the manufacturing sector as technology advances in areas like robotics. Human capital is becoming a matter of manufacturing automation, computer programming and high-level supply chain management. Anyone who has juxtaposed pictures of an automobile assembly line from twenty years ago with the same assembly line today would see that human workers have been virtually eliminated. The issue of offshoring is also a visible flash point as was the case with Carrier Corporation deciding to make air-conditioners in Mexico instead of in Indianapolis. That is purely a matter of Mexico having what economists call a “comparative advantage” in terms of labor; that is skilled labor at $4 per hour instead of $20 per hour. The erosion of manufacturing jobs will not be substantially curtailed by avoiding trade agreements, which have substantial benefits for the rest of society. So, what do we do about it?

First, we must allocate money from the U.S. general fund to assist those workers who are suffering because of the implementation of these trade agreements. Second, our political class must be ready to approve ways to partially redistribute benefits from the economic growth that would result from implementation of these agreements through the general fund and into programs that will directly address the resulting unemployment. The simplistic response from budget hawks will likely be “no and no.” However, many of those same politicians and commentators would both like to see both TPP and TIPP implemented regardless of the resulting devastation to the manufacturing segment of our society, as well as to realize the benefits of significant economic growth to the upper-class. The fact that inequity would rise is considered irrelevant.

Generally, budget hawks are politically conservative in nature longing for smaller government and lower federal expenditures. However, many of those commentators have come out very strongly in favor of TPP. The list is long including the Cato Institute, the American Action Forum, the American Enterprise Institute, and persuasive individuals including Jennifer Rubin of the Washington Post, Senator John McCain, Governor Pete Ricketts, and Governor John Kasich. For those who advocate that position, the honest issue is how to harness part of that economic growth and redirect it to support those who need assistance and achieve much-needed distributive justice.