How to Give Counterterrorism a Fighting Chance 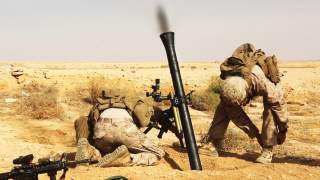 President-elect Trump made it clear that defeating and destroying ISIS will be one of his national security priorities. He has assembled a team of national security experts with significant leadership experience combating al-Qaeda, ISIS and the Taliban. If the Trump administration prioritizes the defeat of ISIS and violent extremism and if it allocates finite national security resources to counterterrorism policies, it should ensure that there is a fighting chance for counterterrorism to succeed. The Trump administration should look beyond the near term and implement an approach that will have positive effects for decades to come.

During the campaign, Donald Trump said that we must “knock them [Islamic State] out fast” using a robust military force of twenty to thirty thousand ground troops to “win big” by relaxing restrictions on how the United States fights. Trump is certainly correct to claim that ISIS are barbarians who threaten us from their “launching pad for terrorism against the West.” However, as many senior Pentagon officials told us, “You cannot kill your way to victory.” Military power is arguably an essential component of counterterrorism and counterinsurgency policy, but it cannot be the only strategy; instead, “the scourge of extremism” requires more than a short-term fix.

In a recent issue of The Washington Quarterly, we argue that while the United States has relied upon kinetic options in responding to terrorism, the use of military or covert forces for direct action is not the only answer and may result in suboptimal outcomes that weaken U.S. power in the long run. The kinetic option has become the default function in U.S. counterterrorism policy for three reasons. First, there is no clear definition of what constitutes a counterterrorism success or failure. Second, public opinion and institutional politics create an environment that encourages policies that reassure anxious audiences and produce quick, visible results while discouraging policies that require long-term investment. Third, there is little public and political confidence in alternatives to the use of military force, such as a deterrence policy. When faced with uncertainty about to how to fight ISIS, the United States knows how to successfully carry out kinetic operations. These combined factors have made kinetic action a strategy instead of a tactic and have resulted in an over-reliance on military force at the expense of other more comprehensive responses.

Kinetic operations aim to secure and to stabilize the environment so other strategies might work, yet they can carry risks. These operations can inspire retaliatory attacks, fuel recruitment and result in unnecessary civilian casualties both within and outside the countries in which ISIS operates. This reliance on a few types of options has the potential to undermine the larger counterterror effort and often does not result in degrading terrorist organizations, even if it aligns both with public opinion and current institutional capacities and capabilities. It may in fact facilitate the escalation of the conflict in which non-kinetic alternatives are ignored or dismissed. If something is not done to change this pattern, the United States will continue to apply suboptimal strategies that could result in the weakening of U.S. power and greater loss of American lives.

We need a counterterrorism strategy with clear goals and meaningful, identifiable metrics, rather than relying on responses that can satisfy popular demands or answer to a bureaucratic boss. Robust whole of government programs that deal with other aspects of combating terrorism need to be included. The first step is to acknowledge that the threat that ISIS and other extremist ideologies pose is generational and success cannot be measured in the number of militants killed or percentage of territory reclaimed.

In fact, others have suggested that we need a more comprehensive approach by “moving beyond the symptoms and treating the disease.” These include efforts to establish and stabilize good governance. Good governance, as Michael Morrel, Sandy Winnefeld and Samantha Vinograd point out, includes political reforms that make many society groups stakeholders of the future, economic reforms that encourage entrepreneurship and job creation, and educational reform that provides workers with the necessary skills to compete in the global economy. Good governance, however, does not necessarily mean Western-style democracy; instead, it means a ruling body that is response to its people.

A focus on good governance and capacity-building efforts are an important starting point even if they don’t produce the immediate results that the public demands in the aftermath of terrorist attacks on the homeland or against allies. These efforts might include locally tailored counter-radicalization programs, development assistance, public diplomacy and civil society assistance. Kinetic activities should therefore be a “placeholder” to enable other activities to take effect.

The fight against ISIS will be a long battle. It requires medium and long-term solutions that will address some of the root causes of terrorism, starting with good governance, to fill these ungoverned spaces. If even a few of these measures are tied to regional stabilization and prevent regional state and non-state adversaries from undermining our national security interests, there is a fighting chance for counterterrorism’s success.