How Great-Power Politics Will Be Used in an Asymmetric Era 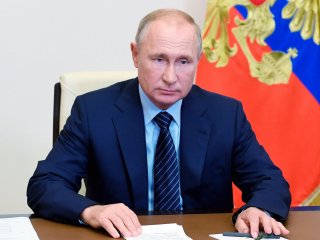 The bloody wars of the twentieth century were, among other things, a protracted process of natural selection involving three competing versions of the modern state. The liberal West embraced comparatively open societies and market economies. The fascist states, by contrast, relied on nationalist zeal and economic corporatism, with distinct bureaucratic fiefs controlling much of the economy. The communist states adopted the most centralized approach, attempting to rely on direct state planning throughout the entirety of economic and social life.  For decades, these states were engaged in competition, not just on the battlefield, but also to facilitate rapid economic growth and technological innovation, maintain domestic stability, and cobble together international alliances.

The liberal state was successful during the last century not only because of what transpired in war but also because it retained enough legitimacy and ideological flexibility to consistently form the most useful alliances (even, when necessary, allying with rival states like Stalin’s USSR and Mao’s China). In addition, the United States and its Western allies managed to remain open societies without sacrificing domestic stability. Nor, with the significant exception of Northern Ireland, was the liberal West handicapped internally by national secessionist movements of the sort that roiled much of the communist world. Even widespread Soviet efforts at subversion and espionage were not enough to cause much disruption on the domestic political scene or to keep pace with American technological innovation, largely because the Soviets feared that advances in information processing would threaten their grip on power. Needless to say, China does not appear to be similarly deterred.

Today, none of these historic advantages can anymore be taken for granted by liberal states. Asymmetric capabilities turn old advantages into new vulnerabilities, making them a geopolitical concern of a high order.

Christopher M. England is a Visiting Assistant Professor at the University of South Florida’s School of Interdisciplinary Global Studies, where he teaches political economy and international relations. He can be reached at [email protected]