How Great Was Barack Obama? 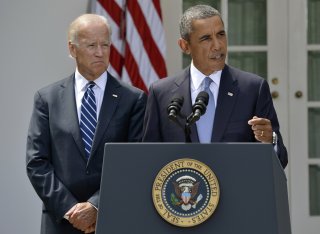 IT WOULD be quite understandable if a reader perusing various book titles were to assume that a volume entitled The Middle Way: How Three Presidents Shaped America’s Role in the World illustrates commonalities among moderate post-World War II American presidents, including Bill Clinton. After all, Clinton embodied the “Third Way” that constituted the moderate wing of the Democratic Party.

On the one hand, it was Clinton who tried to end “welfare as we know it” and who secured passage of the Violent Crime Control and Law Enforcement Act of 1994 that has since been the subject of bitter criticism—publicly regretted by President Joe Biden, at the time one of its strongest supporters; and was supplanted by, of all people, Donald Trump. Yet at the same time, as early as his first election campaign, Clinton sought to redefine the nature and purpose of American national security policy as it had been pursued during the Cold War. As Norman Ornstein, one of America’s shrewdest political analysts observed in the summer 1992 edition of Foreign Affairs,

Clinton, far more than his Democratic rivals, focused his campaign on a comprehensive worldview and articulated an assertive internationalist approach. In a major speech at Georgetown University in December and another in New York in April he stressed linking domestic needs with foreign policy. He detailed policies to meet three objectives: restructuring our military forces to counter our post-Cold War threats; promoting democracy around the world through working for demilitarization in the former Soviet Union, through private investment coordinated with conditional aid to the republics and to eastern Europe, and through the formation of a Democracy Corps that would send American volunteers abroad; and finally, restoring America’s economic leadership by expanding trade, increasing American exports and capitalizing on emerging technologies.

Once in office, Clinton made good on many of his campaign pronouncements. It was during his presidency that the budget was balanced after running up annual deficits for many years. He successfully limited increases in defense spending: When he entered office, the Department of Defense budget represented over one-fifth of all government expenditures and 3.7 percent of U.S. Gross Domestic Product (GDP). Clinton left office having reduced defense spending to under 16.4 percent of all federal expenditures, and nearly a percentage point less of GDP. Moreover, Clinton kept America out of major wars, while the economy continued to grow throughout his two terms. Finally, it was under Clinton’s leadership that the United States signed the North American Free Trade Agreement with Canada and Mexico.

But Clinton was buffeted from both the Right and the Left. Neocons and liberal internationalists bitterly criticized his inaction in the face of the Rwandan genocide, his initially tepid response to the massacres in Bosnia, and his reluctance to do more than bomb Saddam Hussein when many were braying for his removal. Clinton fared no better with the Left, which opposed his efforts to reform welfare and to impose mandatory sentences for criminal offenses.

That Clinton in his post-presidency worked closely with, indeed befriended George H.W. Bush, another moderate president who suffered attacks from both the Right and the Left, would further underscore the assumption that a book about moderate presidents would include him. Indeed, George H.W. Bush is one of two moderates—the other is Dwight Eisenhower—who are the subjects of this short volume. Except that it is not Clinton who is the third of this presidential troika. It is Barack Obama.

DEREK CHOLLET, recently appointed counselor at the State Department in the new Biden administration, has become something of an Obama historian. This slim volume is his third that addresses the Obama years. The first was a biography of Richard Holbrooke, Obama’s coordinator for Afghanistan and Pakistan. Chollet co-authored the book with Samantha Power. The book appeared in November 2012, shortly before the newly re-elected Obama named her ambassador to the United Nations and after Chollet had assumed the post of assistant secretary of defense for International Security Affairs. The second volume, published in June 2016 when Obama still had seven months remaining in his second term, and when Donald Trump had assumed the crown of presumptive Republican nominee for the upcoming presidential election, was The Long Game: How Obama Defied Washington and Redefined America’s Role in the World.

Chollet’s latest effort represents yet another attempt to present the forty-fourth president in the best possible light. The short volume offers a gauzy, at times sentimental, reconstruction of Obama’s tenure—primarily of his national security policies but also of his presidency more generally. The objective is to present Barack Obama as the linear successor of two presidents whom history has judged increasingly favorably with the passage of time.

Obama was fond of quoting both Eisenhower and Bush. He admired them both, and clearly saw himself following in their footsteps. As Chollet puts it, he “harnessed his lineage to both Eisenhower and Bush.” Obama saw himself under attack from both the Right and the Left, especially the Right. And in February 2011 he awarded Bush the Presidential Medal of Freedom, emphasizing that “his humility and his decency reflects the very best of the American spirit,” and celebrating his “profound commitment to serving others.” Chollet’s volume is both an echo and a vindication of how Obama saw himself, namely, as a twenty-first-century incarnation of two presidents who were vastly underrated both during their terms of office and for some years afterward.

Chollet’s portraits of Eisenhower and Bush are accurate enough. Both presidents were cautious pragmatists, who eschewed ideological fervor. Both were victims of attack from both isolationists and interventionists. Eisenhower had to cope with McCarthyism and its eponymous standard bearer, the junior senator from Wisconsin, and with the conspiracy-addled John Birch Society. At the same time, he was criticized for his reluctance both to act more forcefully in support of the beleaguered French forces at Dien Bien Phu and for refusing to intervene as Soviet tanks crushed the 1956 Hungarian uprising, or for that matter, the Polish revolt in June of that same year (which Chollet neglects to mention).

For his part, Bush likewise found himself the victim of sniping from both isolationists and interventionists. Pat Buchanan and his know-nothing isolationist followers derided his commitment to alliances and opposed his decision to restore Kuwaiti independence in the face of Iraq’s invasion and seizure of that small oil-rich state. Neoconservatives had been angered by his willingness to pursue business-as-usual with China after the Tiananmen Square massacre and faulted his seeming passivity as Lithuania and Ukraine sought independence from the Soviet Union. Nevertheless, they strongly supported his decision to commit a half-million troops to the Arabian Gulf and then launch a successful operation against Iraq that defeated Saddam, and restored the al Sabah family to their rulership of Kuwait. Yet they were then outraged and bitterly disappointed when Bush, having assumed that Saddam was on his last legs, encouraged the Kurds to rebel in northern Iraq and the Shi’a Arabs to do so in the country’s south, then stood by while Saddam’s forces brutally put down both rebellions. That Bush was not even prepared to order the military to shoot down Saddam’s helicopters even as they gassed the Kurdish rebels further outraged both the neocons and the liberal interventionists with whom they had made common cause.

Eisenhower was able to retain his immense popularity despite criticism of his failure to support the uprisings against the Soviet Union that year and overwhelmingly defeated Adlai Stevenson for a second term in 1956—he had also crushed Stevenson in the previous presidential election. On the other hand, Bush saw his immense postwar popularity rapidly plummet and, faced with Ross Perot’s third-party candidacy as well as the strong challenge from Bill Clinton, lost the 1992 election with the lowest percentage of the popular vote in decades.

Chollet attributes Bush’s loss to his foreign policy missteps and the resentment of the neocons. As it happens, while some neocons did support Clinton—Chollet mentions but one, William Safire—not all of them did. Some of the most prominent, such as Richard Perle and Paul Wolfowitz, stuck with Bush. Indeed, Wolfowitz, despite his misgivings about Bush’s reluctance to help the Kurds or the Iraqi Shi’a, remained in his post as under secretary of defense for policy until January 19, 1993, the day before Clinton was sworn into office.

Domestic issues—not national security matters—brought Bush down. Having promised voters to “read my lips, no new taxes,” he found himself forced to raise them due to the country’s increasingly weak economic performance. National security was not the issue in 1992. Instead, as James Carville put it, “it’s the economy stupid.”

Lurking in the background throughout the book is the specter of Donald J. Trump. Indeed, the entire thrust of Chollet’s effort is not only to link Obama to Eisenhower and Bush, but also to contrast them with Trump and the chaos that he unleashed virtually the day he took office in 2017. Chollet wastes no time underscoring both points. As he writes in his preface,